What Are You Waiting For?

A new day, new trailers and teasers coming your way!

To find out, what we are talking about, scroll down:

Netflix has announced, hit supernatural drama series ‘Stranger Things’ will be back with a fourth season.

On 4 July, the show’s third season premiered, a major hit with fans, the renewal was definitely a no-brainer for Netflix. And along with the announcement came a cryptic teaser on the streaming service captioned, “We’re not in Hawkins anymore.”

We’re not in Hawkins anymore.

The teaser features the logo for ‘Stranger Things’ Season 4 before showing footage of the demented Upside Down world. With the clock noises in the teaser, the season hints to be about time travel (one can hope). As if that wasn’t enough to drive fans wild with anticipation, the show’s official Twitter account also tweeted out emojis of a clock and an upside-down smiley face.

Although the release date isn’t known, we’re so excited for what’s next!

Dressed in khaki and with justice on her mind, Rani Mukerji plays a feisty and fearless cop, Shivani Shivaji Roy in ‘Mardaani 2’. The movie focuses on her life and how Shivani takes on crime against women.

Shot extensively in Jaipur and Kota in Rajasthan, the sequel is directed by Gopi Puthran and produced by Yash Raj Films. ‘Mardaani 2’ is scheduled to release on 13 December.

This Navratri, celebrate the victory of good over evil. @mardaani2 – Releasing on 13th December 2019 #RaniMukerji #GopiPuthran

Nawazuddin Siddiqui’s next ‘Roam Rome Mein’ has been selected to be screened at the Busan International Film Festival.

Directed by National Award winning actress Tannishtha Chatterjee, the film also stars her as the female lead. Also, Bollywood celebs congratulated the director-actor duo for this news, take a look:

The trailer of Sunny Kaushal and Rukhsar Dhillon’s film, ‘Bhangra Paa Le’ is released, check it out:

Sunny will be playing, Jaggi Singh, a part time DJ and a full-time bhangra dancer. Through his obsession for dance, he finds his way into the world’s biggest dance competitions, where he encounters Simi Kohli, essayed by Telugu actress Rukshar Dhillon.

Helmed by debutant Sneha Taurani, the film also stars Shriya Pilgaonkar in pivotal role and is slated to release on 1 November. Also, Bollywood is already loving the trailer, take a look at their reactions: 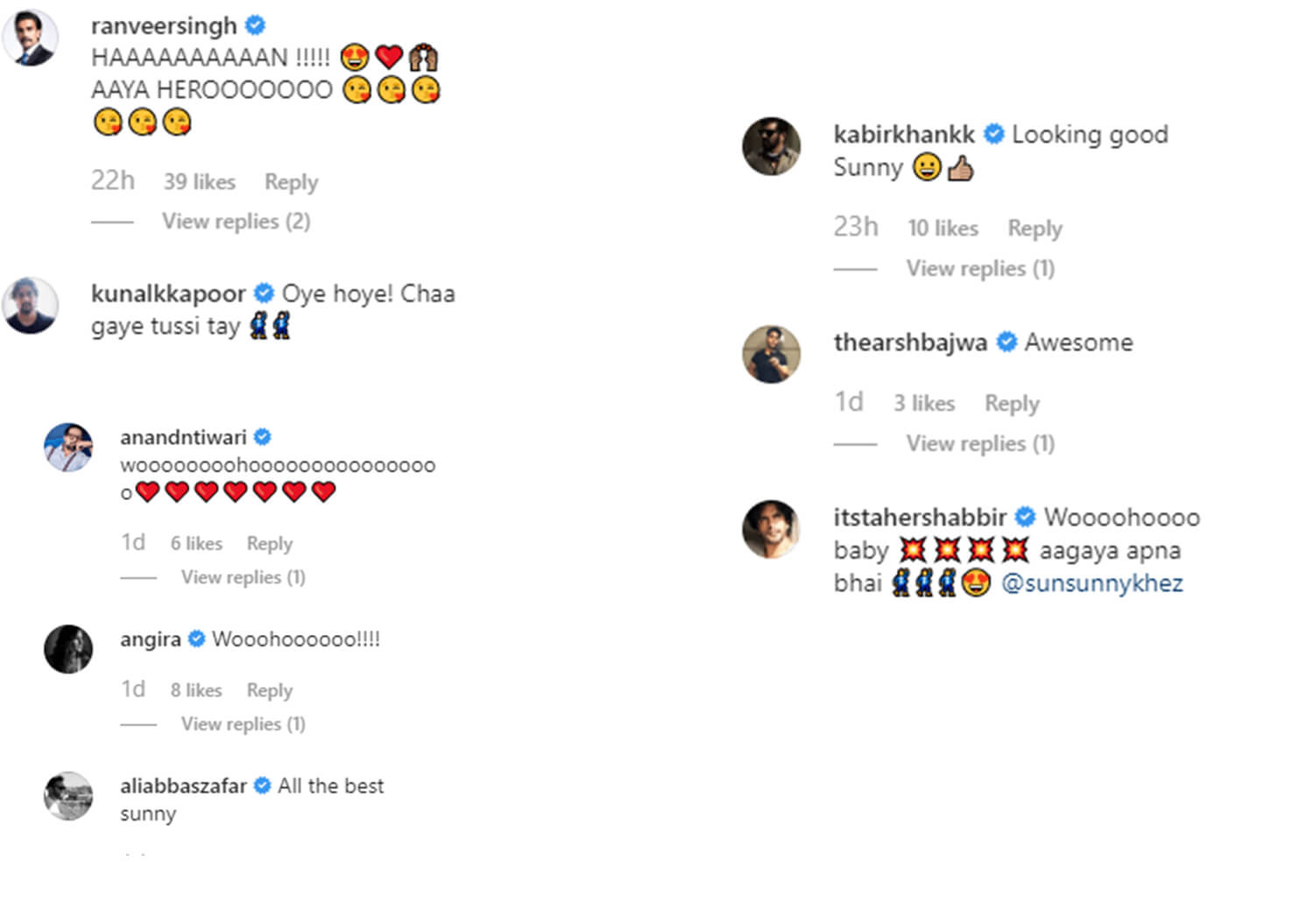 The trailer of murder mystery film ‘Bypass Road’ is out. Watch it:

The trailer revolves around a murder, which is being passed off as a suicide. With the appearance of a masked man on the scene, it offers few nail-biting scenes and gripping action sequences.

The official trailer of ‘Ujda Chaman’, featuring Sunny Singh as the protagonist, has been dropped by the makers. Take a look:

A hilarious ride, the film is about Chaman Kohli Singh, a 30-year-old Hindi lecturer, who is suffering from premature balding. He is looking for a beautiful wife but due to his baldness, he is repeatedly facing rejections. When an astrologer gives him a deadline to find himself a wife or remain a virgin forever, his life hits rock bottom. This leads to a funny and emotional roller-coaster ride of self-discovery and acceptance.

Directed by Abhishek Pathak and produced under the banner of Panorama Studios, ‘Ujda Chaman’ is slated to hit the screens on 8 November.