Birthday Dinner in Los Angeles at the Palm .. thrown by @aaliyahkashyap bestest birthday ever

Aaliyah is currently studying in California and is known for her quirky fashion sense. Earlier, she shared an adorable post with her father, showering the Director with immense love. 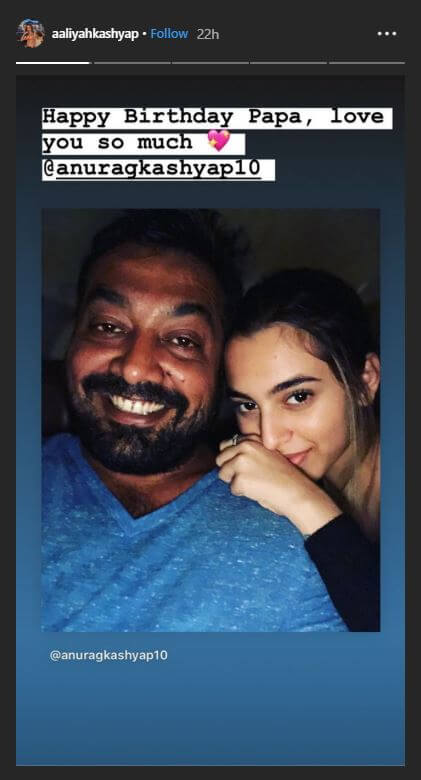 As the iconic writer-director turned a year older, wishes poured in from the film fraternity. Netflix India sent its greetings to Kashyap by sharing a behind the scenes picture from the sets of ‘Sacred Games’ where Gaitonde played by Nawazuddin Siddiqui is seen listening carefully to the Director. Captioning it as, “Happy birthday to @anuragkashyap10, the only baap Gaitonde actually listens to.” the giant streaming company wished the Director in a unique way.

Happy birthday to @anuragkashyap10, the only baap Gaitonde actually listens to.

Along with Netflix, ex-wife Kalki also posted a special message for Anurag calling him ‘AK-47’ and asking him to keep shooting wild and colourful films.

The co-director of Ghost stories, the upcoming multi Directorial project of Netflix, Zoya Akhtar also shared a picture of the iconic horror scene where the twin girls chant ‘Come Play with us Danny’ from ‘The Shining’ movie to wish Anurag on his special occasion. 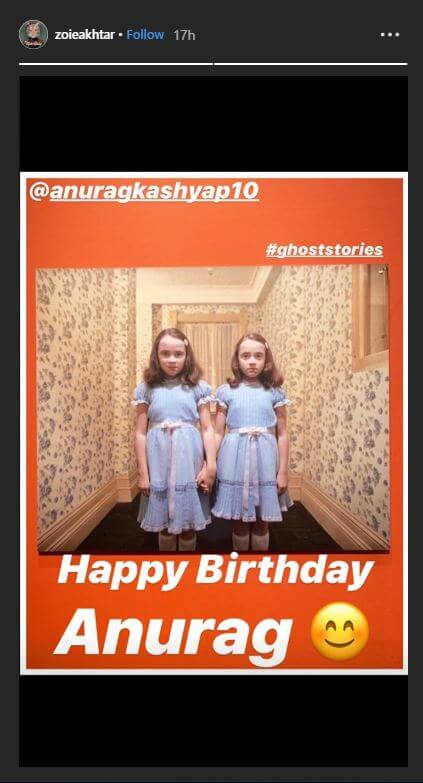 The four-time Filmfare Award winner, Anurag Kashyap began his journey from Ram Gopal Verma’s ‘Satya’ movie as a co-writer on the recommendation of actor Manoj Bajpayee. Since then the filmmaker has never failed to amaze the audience with his on-screen presentation of diverse topics. Making his directorial debut with the film ‘Paanch’ which never hit the theatres, Director rose to fame after ‘Dev D’ movie.

With his collaboration with Netflix, Anurag gave India one of its best and original series ‘Sacred Games’ which received rhapsodies of praises worldwide. Continuing his work as the Director who brings out raw stories to the viewers, Anurag is one gem of a person according to his co-workers and always ready to take a risk with his stories.

On his special occasion, we also wish AK-47 to keep shooting wild and colourful films.