Kapoor’s Back In The Game!

Janhvi Kapoor is making her digital debut on Netflix with Zoya Akhtar’s ‘Ghost Stories’. She will play a pivotal role opposite Vijay Varma, who was last seen in Zoya’s ‘Gully Boy’. Janhvi announced this news on her Instagram.

The anthology will see four of India’s popular filmmakers, Karan Johar, Zoya Akhtar, Dibakar Banerjee, Anurag Kashyap collaborate again after ‘Lust Stories’. They will direct and tell four individual stories in the horror genre that will be thematically connected to each other and conclude in a chilling end.

‘Ghost Stories’ is produced by Ronnie Screwvala and RSVP, in association with Ashi Dua of Flying Unicorn Entertainment.

The shoot for the short film directed by Zoya has commenced in Mumbai and Bollywood stars cannot keep calm. They are too excited for this and are pouring love, have a look: 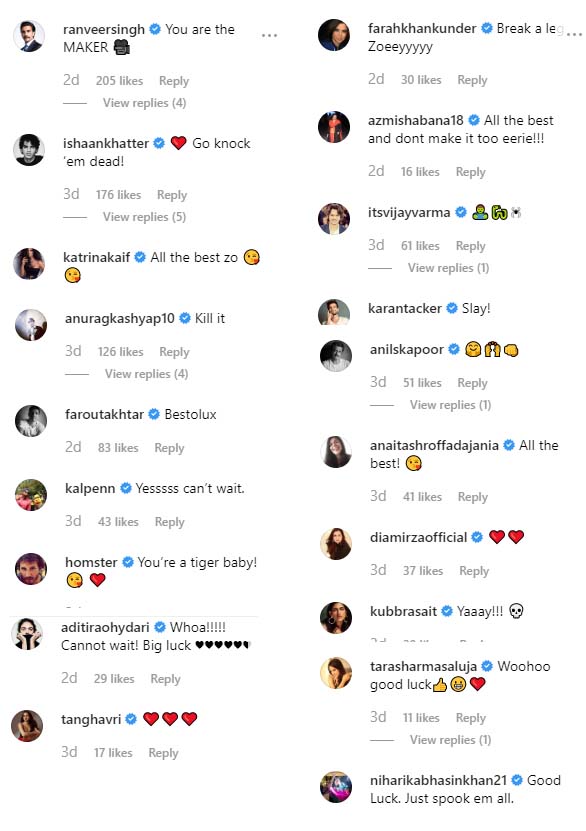 On the other hand, Janhvi showed support towards her father, Boney Kapoor’s much awaited film project, ‘Maidaan’. She shared the movie’s poster on her Instagram account, writing, “So proud and excited about this!! Can’t wait to know about the Untold Story of The Golden Years of Indian Football. Best of luck Papa ❤

Her brother and Bollywood actor Arjun Kapoor also joined the bandwagon to wish luck to his father. Sharing the poster on his social media, reads, “So proud of Dad, Amit and Ajay sir for telling this untold story of the golden years of football…. @ajaydevgn @Maidaanofficial @iAmitRSharma @keerthyofficial @freshlimefilms @saiwyn @writish1 @zeestudiosofficial @zeestudiosint”

The story is based on the life of Football coach Syed Abdul Rahim, known to be a great motivator who led the Indian Football team to the semi-finals of 1956 Melbourne Olympic Football tournament. The era between 1952 and 1962 was one of the finest times for Indian Football and the film’s tagline also reads, ‘The Golden Era Of Indian Football 1952-1962’.

The movie is directed by ‘Badhaai Ho’ director Amit Sharma. Along with Boney Kapoor, ‘Maidaan’ is being produced by Akash Chawla and Arunava Joy Sengupta. It is a period film, expected to be released in 2020.

Dwayne Johnson-Lauren Hashian Say ‘I Do’