The best view comes after the hardest climb, and the same was observed by Robin Behl when he conquered the summit of Kang Yatse. A master in muay thai, brazilian jiu jitsu and the co-founder of The Tribe fitness studio, Behl solely decided on his goal to reach the peak of Kang Yatse in the Himalayas to prove his own strength to himself. 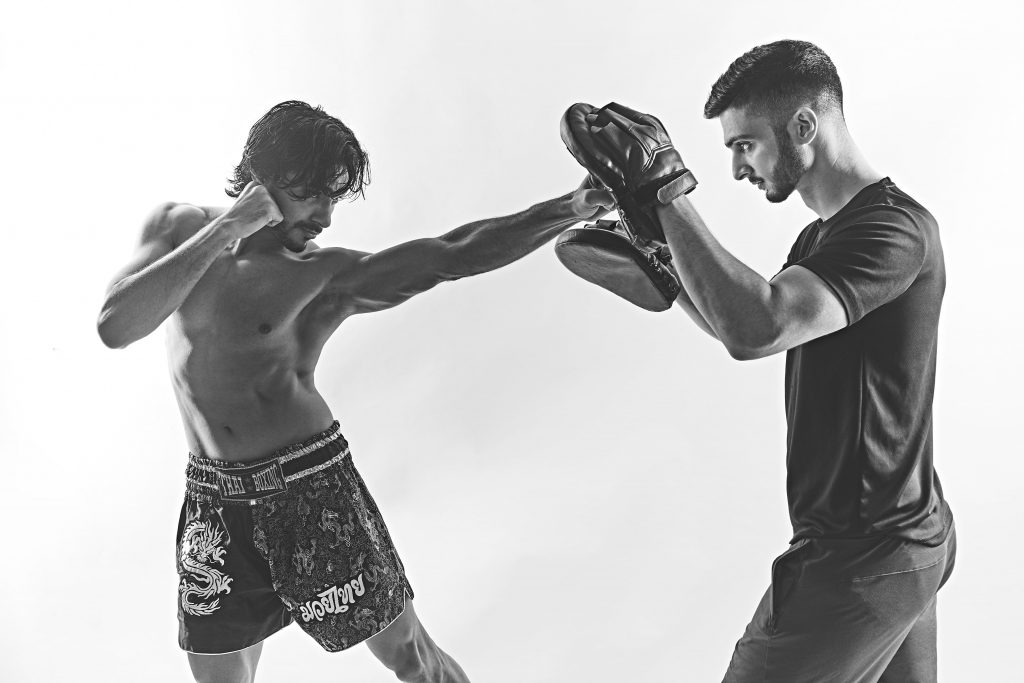 “Oh there were many hurdles!” Behl explains whole-heartedly. Completing the journey was no piece of cake, and amidst the steep inclines and dangerous creeks, he continued to reach for the peak. The thick bed of snow with freezing temperatures made it hard for him to keep a steady grip. The ice kept slipping down with  every force, pushing him down to his starting point. It was a disheartening realization.

More than being a strenuous task, it required great emotional strength to complete his journey. He relied on self-motivation and the people who have supported him throughout this goal. “No matter how cheesy it sounds, I went back to the words said to me by my mentors and friends.” he mentions, remembering how spending a night in the cold tents was one of the harshest recovery times for him. From hallucinations to overthinking and negativity was something he had to deal with every single day of his trek.

However, this zeal wasn’t built over a day. Reaching the peak was only a part of the marvelous story, what turned out to be more important was training for it, and in fact, was even harder. Behl lived the grassroot life during his training at Shaolin. Being around a community that values simply living and self-service, he trained upto 10 hours per day, and the rest hours went on into washing clothes or resting. A truly humble way of living, Behl cherished this feeling in his heart and continued with the humanitarian instinct to volunteer at refugee camps.

However, an unfortunate event caused a halt in his life, a rib cage fracture, which meant he could not practice muay thai anymore. Today, he thinks of it as an opportunity in disguise which pushed him to go above and beyond, building his confidence and emotional strength in the process to finally reach the peak of Kang Yatse and house The Tribe’s flag.

Established in 2020, The Tribe India is a virtual fitness studio helmed by Karan Sawhney, Robin Behl and Anushka Nandani, each a seasoned fitness instructor with unique skill-sets. Pooling their dreams, ideas and energies, they created The Tribe, bringing in their collective knowledge to build a community of individuals passionate about living healthy lives. The Tribe offers a versatile set of workouts – Muay Thai and Mixed Martial Arts, Movement, Functional and Free Weight Training, HIIT, Strength and Conditioning, Speed and Agility, Dance Cardio and Tabata alongside ideas of visualization and gratitude. The idea here is to foster a warm sense of community that helps people discover the best versions of themselves, through the realm of fitness.

Tis the season! Organic makeup products that are inspired by the Indian Goddesses for a merrier than ever Christmas