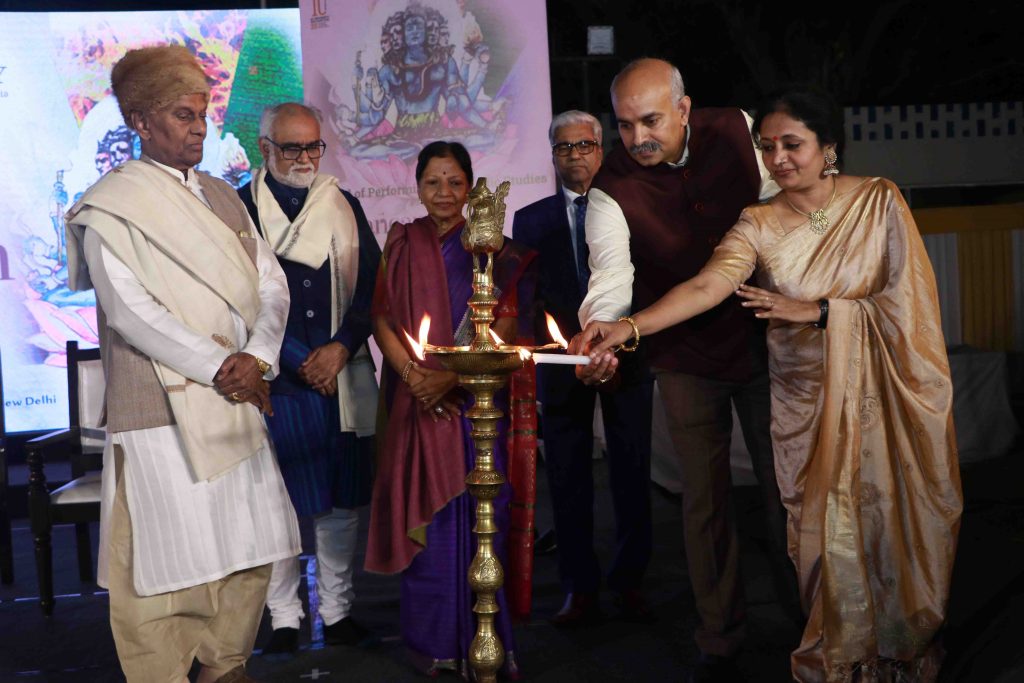 With an aim to emphasize upon the importance of curtailing wastage of natural resources and considering man and woman as yin and yang to each other, the production aimed at culling out rare stories from medieval tests depicting the harmonious marriage of the five elements: Bhoomi, Jal, Agni, Vayu and Akash to create a world as we see. The same elements are manifestations of Shiva’s five forms: Sadyojata, Vamadeva, Aghora, Tatpurusha and Eshana which were represented in dance form. 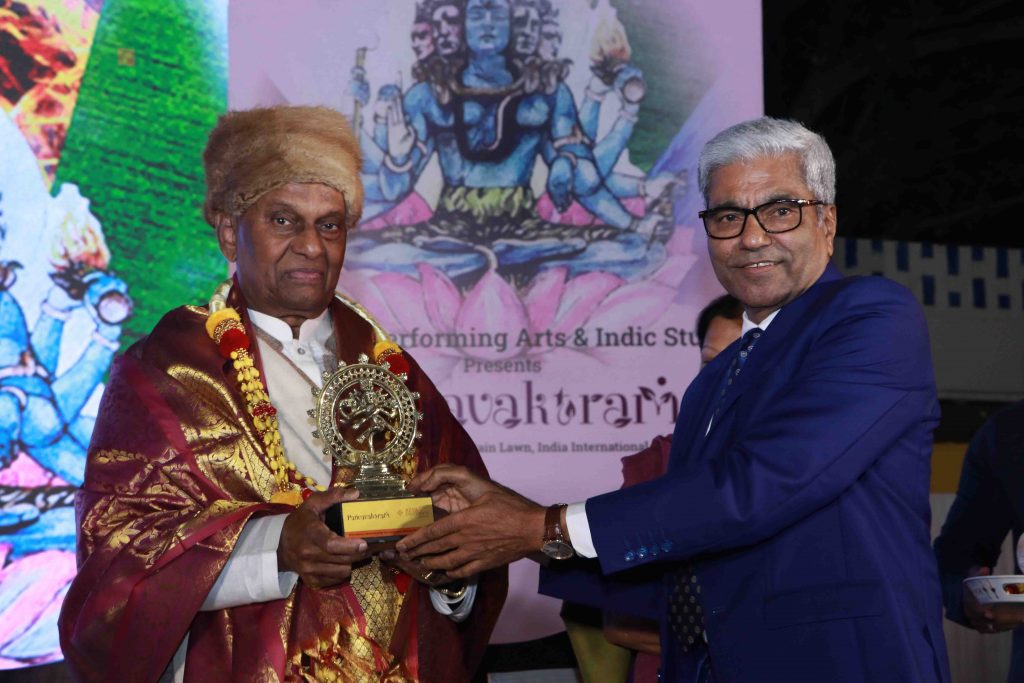 Through dance form – Mohiniyattam, the concept of creation of earth was showcased, the embodiment of Sadyojata that derives Bhoomi with the help of Parvati. The group of Odissi Dancers on the other hand suavely represented the second element Jal personified by their version of Vamadeva and the existence of Ganga. The act of how the importance of ‘Agnija’ – an Amsha of Shiva, epitome of light was realized after her abandonment was portrayed by Bharatnatyam performers who depicted the Aghora facet of Lord Shiva that manifests element ‘Agni’. Tatpurusha embodiment of Tatva Vayu was presented in Kuchipudi Dance Style emphasizing its essential nature without which the other elements cannot survive, finally culminating into the last act of portrayal of Eshana, Shiva’s fifth form that manifests Akash. The universe that reverberates with the sound of ‘Om’ emanated first from Shiva’s damaru and this quintessential fact from Indian mythology was presented by Kathak Dancers.

On this blessed occasion Dr. Raja Reddy emotes, “I am highly impressed with the way REVA University has held the responsibility of being the torchbearer of Indian Cultural Legacy and are weaving it into the youth of the nation so seamlessly. It is essential that younger ones know that India as a cultural pool is much deeper underneath than its stature that one sees. We both feel highly honoured to be here and watch these energetic souls dancing away to the tunes of Indian mythology making it so relevant in today’s times.” 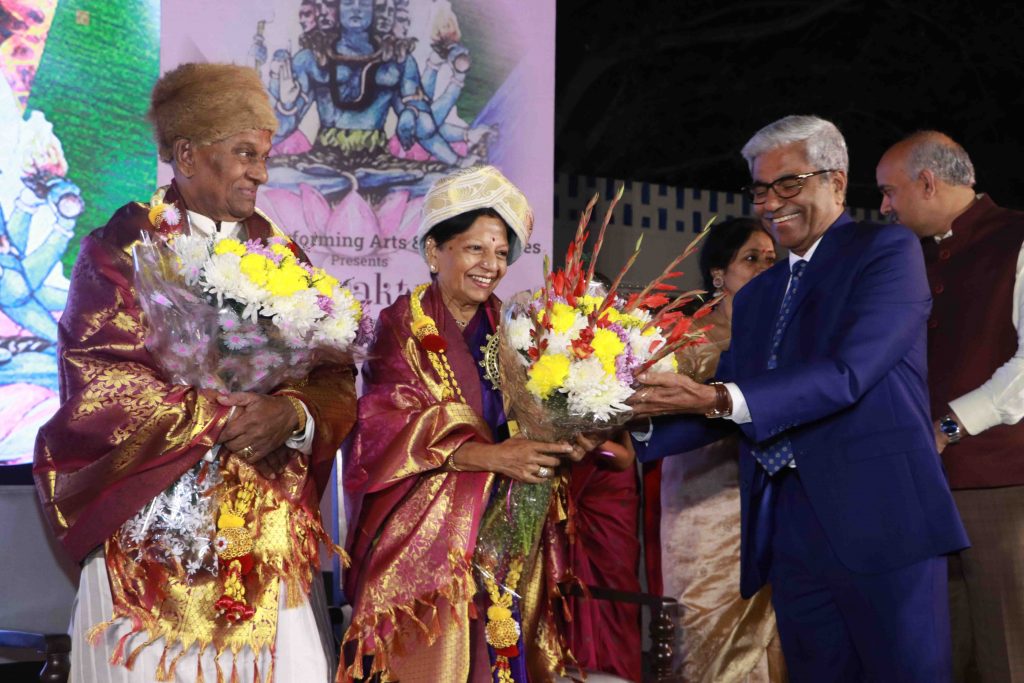 As the students of School of Performing Arts and Indic Studies showcased their talent, Dr. P. Shyama Raju (Hon’ble Chancellor, REVA University) shared his thoughts, “We are honored to be amidst such dignitaries and portray our passion for art and culture amalgamated with an important message out to the world. At our university, while we try to imbibe sustainable practices so as to contribute in our own little way to nature, we also give equal opportunities to our students, not forgetting the uniqueness each gender brings with them.” 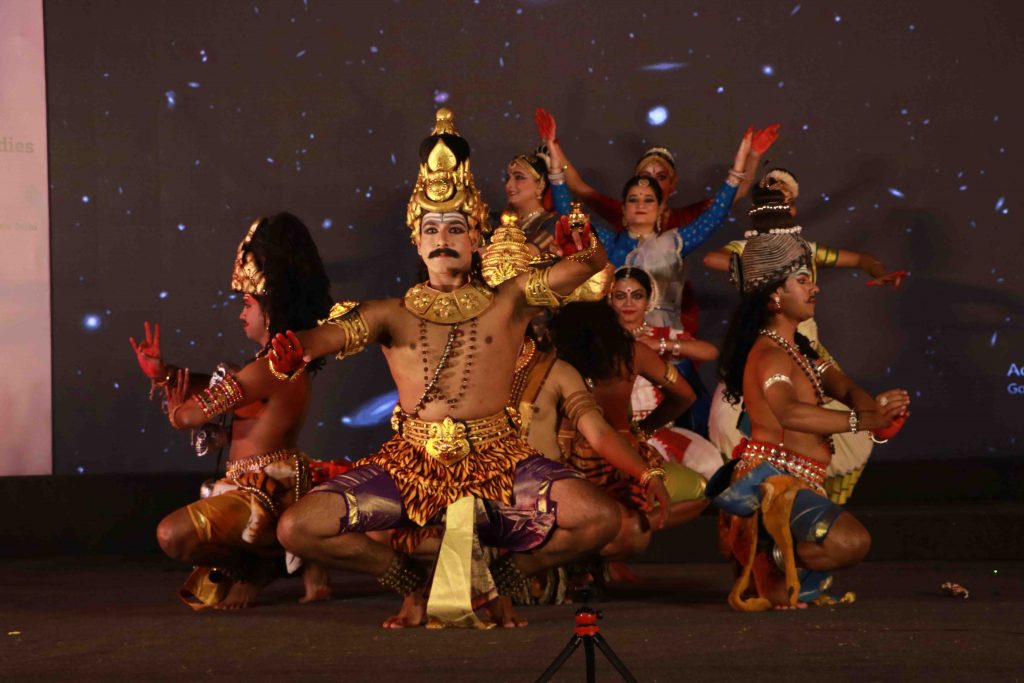 Known for its objective to uphold Indian Cultural legacy, School of Performing Arts and Indic Studies, is one such institute that believes in inculcating amongst youth not just the teachings from Upanishads, Vedas, Buddhists and Yogic traditions but also modern wisdom from the life of Swami Vivekanand.

Established under the REVA University Act 2012, the University is recognised by the University Grants Commission (UGC) and is approved by the AICTE (All India Council for Technical Education). REVA University prides itself in contributing to every student’s holistic development. The University currently offers 49 full-time Undergraduate Programs, 28 full-time Post Graduate programs, and 2 part-time Postgraduate programs. The University offers programs in Engineering, Architecture, Science and Technology, Commerce, Management Studies, Law, Arts & Humanities, and Performing Arts. Courses are offered in Certificate/Diploma and Post Graduate Diploma too. REVA University facilitates research leading to a Doctoral Degree in all disciplines. REVA university is committed towards United Nations Sustainable Development Goals. Panchavaktram has aligned with the SDGs related to sustainable cities, climate change and also with the PM’s aspiration of Naari Shakti-  gender equality.