Every single day, we visit our social media networking sites and find one of the posters from the upcoming films popping out on our screen. And yes, that’s true! The Bollywood film industry is very wide and daily we have seen our favourite stars busy in some shoots. It’s been just a couple of hours when we did an article on the poster unveiling of Varun Dhawan and Sara Ali Khan’s upcoming film ‘Coolie No. 1’. And now we see yet again posters of two other upcoming films have been released on the internet. Let’s take a look:

The first one is ‘War’, helmed by Siddharth Anand starring dance champions Hrithik Roshan and Tiger Shroff in the male lead roles while Vaani Kapoor as the female lead. Around a month ago, the filmmakers released the teaser of the film. We also did an article on its teaser. Have a look: 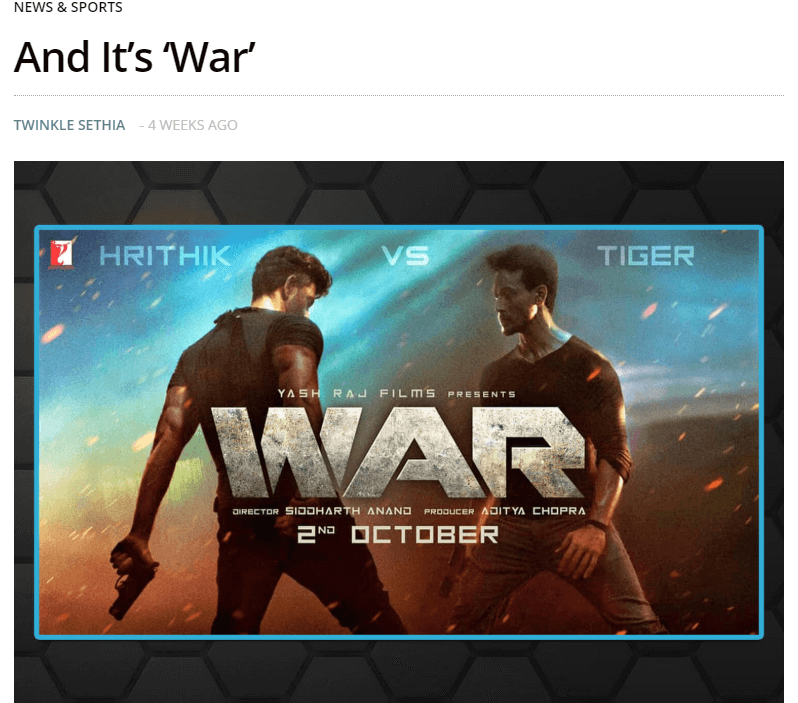 And today, the poster of the film has been dropped by the filmmakers which is taking the internet by fire. The poster features Hrithik and Tiger pointing their revolvers while Vaani is seen posing in her hot white dress between the two males. The poster also showcases two different cars. One is yellow coloured while the other one is of black colour.

Tiger Shroff also shared the poster on his Instagram handle saying, “This #WAR will only have one winner. @hrithikroshanready to lose it all? #HrithikvsTiger #TeamTiger @_vaanikapoor_ @itssiddharthanand @yrf.”

Check it out here:

The film is scheduled to hit the screens on 2 October 2019.

The other film whose poster has been unveiled today is Sajid Nadiadwala’s upcoming Bollywood drama film titled ‘Chhichhore’ starring Shraddha Kapoor and Sushant Singh Rajput in the key roles. While the film’s first poster was unveiled long back, the trailer was dropped by the filmmakers just a week ago. Helmed by Nitesh Tiwari, ‘Chhichhore’ is a film that celebrates college life, relationships and friendships. After the release of the trailer, we did an article on it. Check it here to know more about the film: 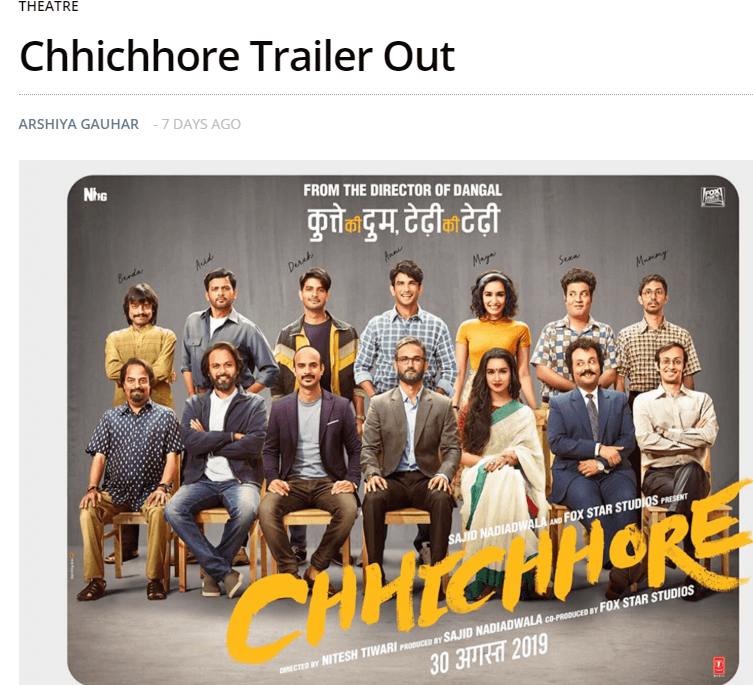 Today, the filmmakers have dropped yet another poster of the film. The poster is divided into two parts, the first upper half displays the coloured group picture of the youngsters while the second lower half showcases the group picture of elders in black & white. Shraddha Kapoor took to her Instagram handle sharing the poster. She writes, “Chhichhorapanti is in our blood and we can’t wait to inject the Chhichorapanti in you!! #Chhichhore Releasing on the 6th of September . .
#SajidNadiadwala @niteshtiwari22 @sushantsinghrajput @fukravarun @tahirrajbhasin
@naveen.polishetty @tushar.pandey @saharshkumarshukla_official @_prat @foxstarhindi
@nadiadwalagrandson @wardakhannadiadwala @ipritamofficial #Chhichhore.”

While Sushant Singh Rajput shares it saying, “My treasure for lifetime!

Happy Poster day to all the filmmakers and their entire team!

The Boys Bring In Silver

Eid Mubarak To All!