• Why women shouldn’t visit Hindu temples, exercise or practice Yoga during menstruation, why menstruation is considered impure and the best practices to ensure menstrual hygiene remained some of the key questions asked by Swell users
• Sinu also disclosed how sanitary napkin manufacturers are commercializing menstrual products in the name of hygiene 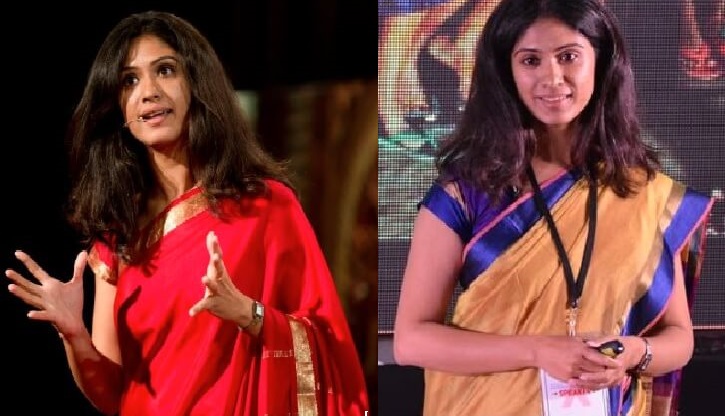 Renowned menstrual educator, author and Founder and Managing Trustee of ‘Mythri Speaks’, Sinu Joseph, recently took to Swell, an asynchronous social audio platform, to unravel the ancient science behind the native menstrual practices. With an outpouring set of responses garnered from across the country, the conversation has been trending on the platform for eight days now.
Most of the user queries revolved around the scientific reasoning of various traditional belief systems around menstruation. From why women shouldn’t visit Hindu temples, exercise or practice Yoga during menstruation to why menstruation is considered impure and the best practices to ensure menstrual hygiene, Sinu threw light on each aspect of cultural themes pertaining to women’s health and wellbeing in India, with utmost acumen.

Sinu’s stance on how colonization created disrespect among people around their own ancient menstrual practices, culture and traditions, helped users ratify what destroyed the science behind these practices. As a result, Sinu mentioned that “We naturally understood only the western notions of science and anything apart from that came to be looked as superstitious, stigmatized, or backward. It also occurred to me that our women are not so stupid. If these practices were mere superstitions and had no impact on their health, they would not have continued it. I further digged deeper into it and found that the answers to these lie in our ancient science like Ayurveda.”

Why not to eat spicy during periods?

She goes on to talk about menstrual regime with context to ‘Rajaswala Paricharya’ in Ayurveda which lays out the Do’s and Don’ts during menstruation for a healthy menstrual cycle and well-being. She explains how Pancha Maha-Bhoota i.e. the five physical elements – air, water, earth, fire and space dominate the human body in relation to the hormones and the body movements. For example, ‘Pitta Dosh’ is the element that has componence of ‘Agni’ i.e fire. “When it is high you must avoid things that will further aggravate it. Hence it is advised not to eat excessively spicy food or non-vegetarian food during periods, as it can heat up your body. This aggravates the Pitta dosh. And once it gets aggravated you will experience heavy menstrual bleeding. One of the ways to avoid this is to consume food that is not very hot or spicy. Similarly the colour of one’s menstrual blood should be bright red, the flow should be moderate, and lasting around 4 – 7 days based on her ‘Prakriti’. This should not be accompanied by any burning sensation or clots. But if her ‘Vatta’ dosh is activated, the colour of her blood discharged will be dark brown, with a scanty and dry texture.”
Commercialization of menstrual products in the name of hygiene

On multiple user queries around the best hygiene products to use, Sinu said, “In my experience, I realized that the whole language of hygiene itself is a created one entirely by the big manufacturing brands of menstrual products. Because, regardless of what product you use, it doesn’t cause any of the menstrual disorders like period pain, heavy bleeding, delayed period, missed period, endometriosis or PCOD. None of these have any connection with hygiene, it is just a created narrative to make us feel that we’re not good enough with the products we choose, and other products can be dumped on us.”

Do girls really drop out of school for poor sanitation facilities?

She went on to highlight that the concept of girls dropping out of school due to poor sanitation facilities is not true anymore. According to her, “Even in villages, most of the students live close to their school, so they prefer going to their home to change sanitary napkins, which is more comfortable and easy for them. Furthermore, with mass movements like Swachh Bharat Abhiyan almost, every school has a proper access to toilet.”

Sinu has studied about several Hindu temples, religious restrictions owing to menstruation and their impact on women’s menstrual health. Her study on Sabarimala and the associated Shastra temples explore the way consecrated spaces can alter women’s menstrual cycle. Her book on ‘Women and Sabarimala – The science behind restrictions’ is written from a women’s perspective, explaining the nature of the temple through India’s traditional knowledge systems such as Tantra and Agama Shastra.

Started in San Francisco by techies of Indian origin, Swell launched at SXSW earlier this year and in India, shortly after that. It is the first asynchronous voice-based social platform in India, unlike Clubhouse wherein conversations happen in real-time and can’t be saved. Asynchronous nature of the platform not only makes it easier for listeners to catch up whenever they want, but also improves the quality of the conversation by allowing for prior prep. Conversations on Swell are nuanced, thoughtful and imperfect to promote authenticity, safety and relatability in social networking. Every post on Swell is up to 5 min of audio and can have links and photos. No ad-based business model to prioritize user experience; Monetization on the back of premium tools and Swellcasts.

Winter Trekking Essentials: 8 Things That Are A Must For a Trip