Max Verstappen, Belgian-Dutch Formula One racer with Red Bull Racing, won a crazily chaotic German Grand Prix at Hockenheim, Germany, on Sunday. In a race full of crashes, the young Dutchman kept his composure, which led him to reach the top. Racer took it to his official twitter handle to express his joy upon the victory, thanking Red Bull Racing and Honda Racing F1 for the guidance in tricky situations. He wrote, “Just an amazing win! It was all about not making too many mistakes in these really tricky conditions. Big thanks to @redbullracing and @HondaRacingF1 for the right strategy and great car. Very happy! #KeepPushing #GermanGP ”.

Just an amazing win! It was all about not making too many mistakes in these really tricky conditions. Big thanks to @redbullracing and @HondaRacingF1 for the right strategy and great car. Very happy! 👊🏻 #KeepPushing #GermanGP 🇩🇪 pic.twitter.com/N38G7mJyqi

Four-time former Formula One World Champion, Sebastian Vettel, who is regarded as the greatest drivers in the history, retained pride for Ferrari by finishing second from the end position.

Sebastian Vettel claims P2 from P20 on the grid

Championship leader Lewis Hamilton, who is a six-time winner in British Grand Prix, finished at ninth position in his Mercedes after sliding off the track, losing his front wing and receiving a five-second time penalty for an illegal pit entry. Calling it to be a bad day, British racer thanked his fans for their constant support and promises for a better come back.

I’m not going to lie, this hurts. But days like this are sent to test us. We learn from it and move on. I’m going home to try and sleep this off, come back stronger next weekend. Thank you for your continued support. I appreciate you 🙏🏾 And congrats @Max33Verstappen great drive! pic.twitter.com/Do4pVnlWlf 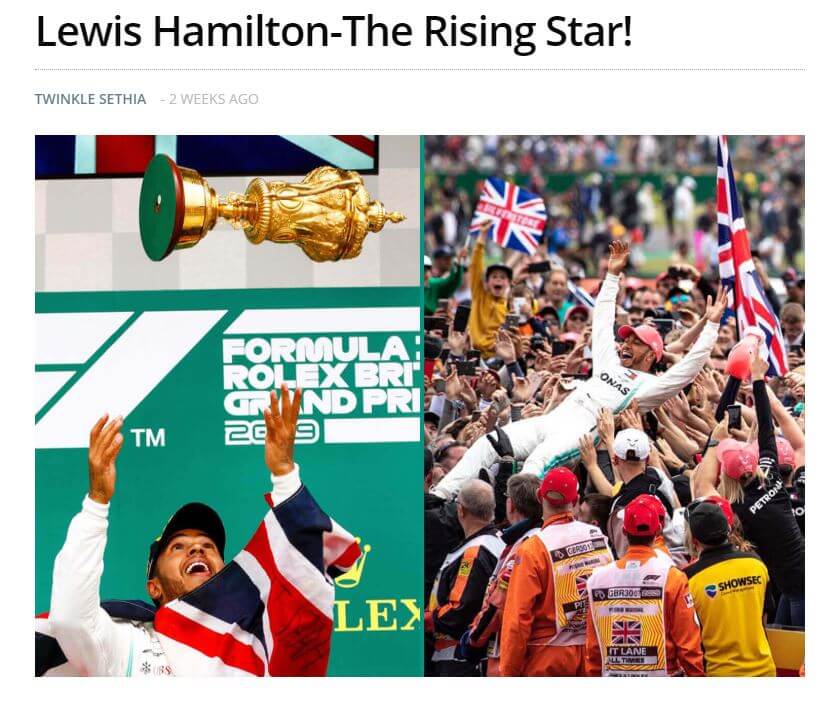 For Daniil Kvyat, who made it to the third position with a topsy-turvy F1 career, it was a double celebration after it was confirmed that he became a father on Saturday night when his partner Kelly gave birth to a daughter.

This picture says it all.

Witness The War For Power In ‘Prasthanam’ Teaser