The world to witness the launch of India’s fastest car ever, a lightest electric hypercar,Ekonk

Vazirani Automotive, one of India’s innovativestartups is all set to launch, one of a kind, expression of art, Ekonk. 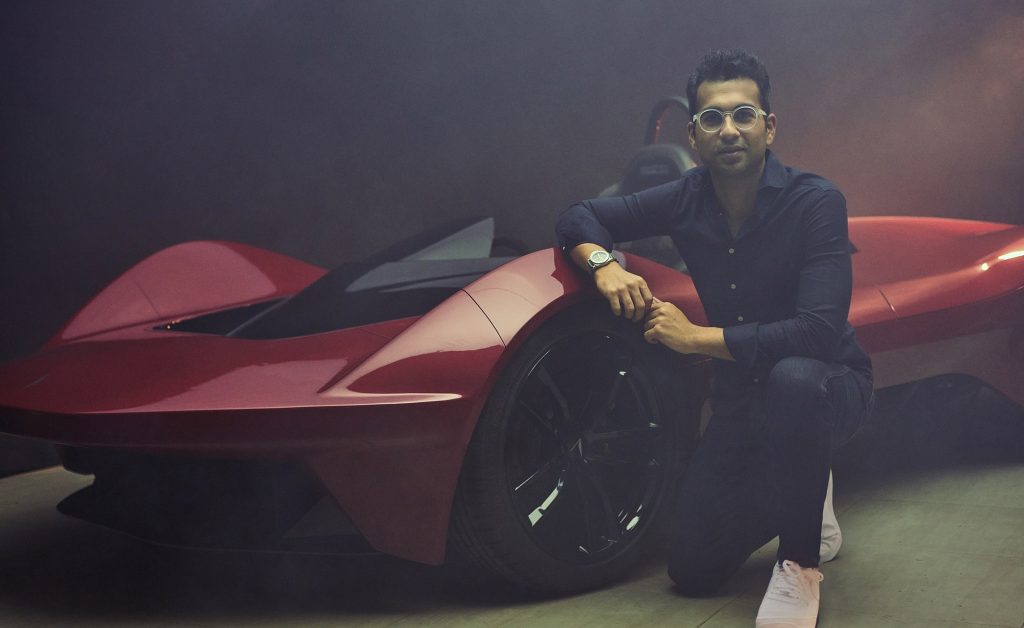 Ekonk in the Indian scriptures signifies the beginning of the divine light. The big bang.

“For us, Ekonk signifies our real beginning, where for the first time design and innovation

After working for automotive giants like Rolls-Royce and Jaguar, Chunky Vazirani moved to Mumbai and founded Vaziraniin 2015. The vision was to create next generation electric vehicles and technology that would put India on the world map of extreme vehicles.

Having launched India’s first hypercar concept, ‘Shul’ at the Goodwood Festival in the U.K, he earned the honor of creating the first HyperCar of India and to supersede his expectations, Chunky Vazirani gives to the world a new single-seater, spaceship looking car that claims to be not just the fastest car everbuilt in India but one of the fastest accelerating cars in the world. The car also tests the company’s unique battery solution that replaces the century-old complex liquid cooling tech.

Biomimicry (studying how animals and humans use breathing to regulate their body temperature) combined with some ancient Indian manufacturing techniques resulted in the invention of the DiCo technology. DiCo enables the batteries to cool directly with the air, as opposed to needing liquid cooling that most manufacturers including Tesla use to keep its batteries cool. Vazirani’s new technology makes EVs lighter, faster, safer and cost effective. Most importantly, it also increases the range of EVs.

It is designed to be one of the most fluid cars aerodynamically, having one of the lowest drag coefficients for vehicles of its kind. That’s majorly why the rear wheels of the car are covered. It sets itself apart with its innovative battery efficiency and full carbon fiber body that keeps the weight down. Weighing overall 738kgs, it is very light, especially for an electric vehicle, and with a power output of 722hp, almost achieving the golden, one is to one, power to weight ratio. 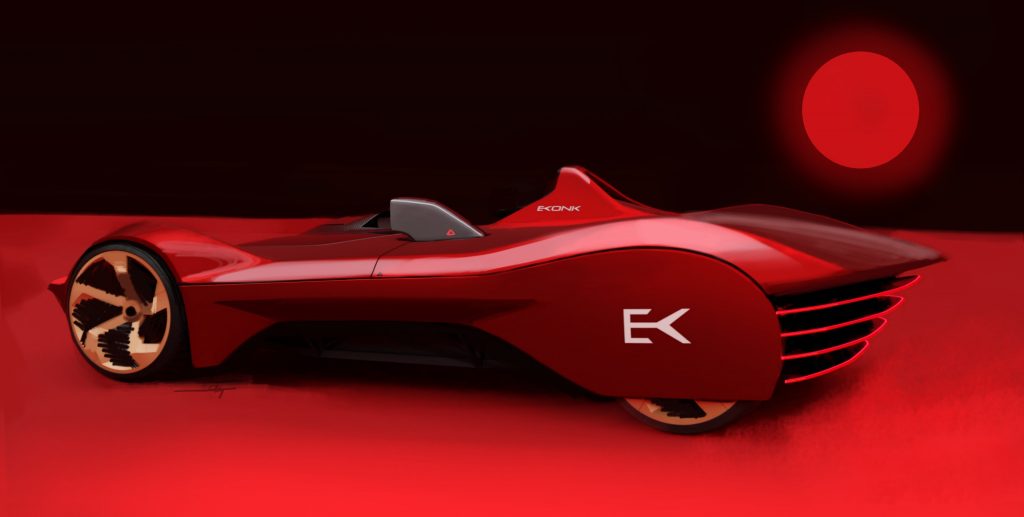 The vehicle is developed end-to-end by Vazirani Automotive and has been tested at the recently inaugurated Naxtrax high-speed facility near Indore to achieve a top speed of 309KMPH.Acceleration from 0-100kmph is a mere 2.54 seconds.

Its magnificent design, chic body, and world-class tech make Chunky Vazirani a pioneer in the country and the world. The technology and learnings from Ekonk will be seen in the production version of the Shul, which the brand is gearing for. After which, Ekonk might also see limited production for customers to purchase.

Speaking about Ekonk, Chunky Vazirani, Founder and CEO of Vazirani-Automotive shares, “With the advent of electric vehicles, companies around the world have to start from a blank canvas. This is the perfect time for India to innovate, develop and pioneer this EV era.”