Formula 1 is one of the world’s most prestigious motor racing competitions, as well as the most popular annual sporting series. Bahrain’s premier sporting event and entertainment extravaganza is anticipated to be even bigger and better in 2023, providing fans with a unique combination of the best racing and stunning off-track excitement. 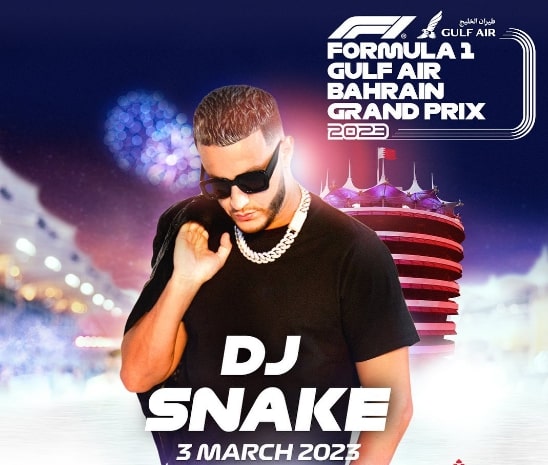 The Formula 1 Gulf Air Bahrain Grand Prix will be the season opener for 2023. F1 Pre-Season Testing will be held the week prior to the race from 23 to 25 February, featuring all 10 F1 teams and all the sport’s superstar drivers. The main race will take place between 3 and 5 March 2023 and this is the fifth time that Bahrain International Circuit has had the honor of being the opening race of the season. Get ready to experience the heightened adrenaline rush of this race in person as you watch the phenomenal F1 racers whizz pass on this magnificent racetrack, and you might also meet a celebrity or two.

“Follow Your Champion” is the theme of the 2023 Gulf Air Bahrain Grand Prix, celebrating the fact that every F1 driver competing is a true champion. The campaign attempts to recognize each and every F1 driver for their great talent and drive to win, while also urging fans to “Choose their Champion”—the driver they will be rooting for to win the crucial opening race of the season. 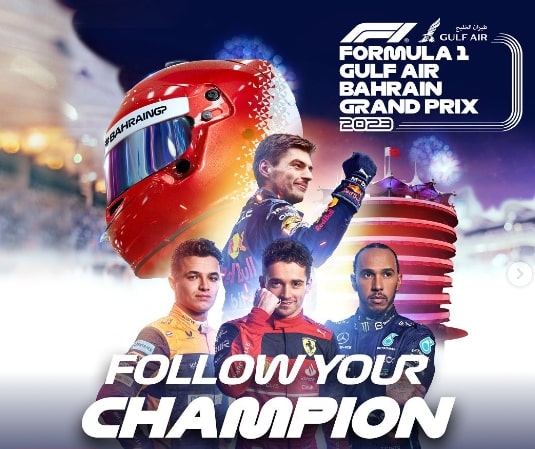 The Bahrain International Circuit has also announced a terrific offer for all you Formula 1 fans out there. Anyone who purchases their F1 ticket before the 1st of February 2023 will have the opportunity to experience and attend the two open days of the F1 Aramco Pre-Season testing 2023 at the circuit at no additional cost! All ticket-holders will be able to follow the testing from seats along BIC’s Main Grandstand, which offer fantastic views of the F1 teams’ garages along the main pit lane as well as the main straight of BIC’s 5.412-kilometre track layout.

Bahrain International Circuit (BIC) has officially announced that world-renowned artist DJ Snake who is a multi-platinum-selling DJ is set to wow the crowd with an incredible performance during race week. Everyone who has a ticket to watch the F1 race will be able to watch his performance free of cost.

In addition to the concert, the destination is keen to ensure that race weekend will be packed with interesting events, keeping in mind the family entertainment component. There will be a variety of roaming acts and performers from around the world, including stilt walkers, carnival shows, dancers, roaming bands and drummers, kids’ games, circus performers, and much more. The iconic Ferris Wheel, which has become a Grand Prix weekend staple and a fan favorite, will be among the entertainment options.

So, what are you waiting for? It’s time to plan your vacation, book your tickets and head on over to “The Home of Motorsport in the Middle East” for Formula 1.