Explore and be amazed by the Heritage and Culture of Bahrain

Bahrain is immersed in history offering a wealth of heritage sites just waiting to be discovered. Despite modernization and cosmopolitanism, Arabic culture is still deeply rooted in the roots of this destination. It is one of the friendliest countries in the world, with a level of hospitality second to none.

You can spend your days in Bahrain exploring the rich offerings of this destination. You should start your explorations with the UNESCO world heritage sites of Bahrain. One is Dilmun burial mounds which dominate the landscape north of the island. Another one is Qal’at al-Bahrain (known as Bahrain Fort) is a sandy yellow fortress and by far the oldest intact building on the island. It is a small slice of mediaeval history in an ever-evolving nation. This heritage site comprises of four elements – the tell, an ancient sea tower, a sea channel and palm groves. Third we have the Muharraq pearling path, which is a testimony of the millennia-old pearl collecting tradition. This path encompasses 330,000 square meters, including oyster beds and buildings related to the 19th century pearl industry. The houses along the trail are those of wealthy merchants during that era. Many of which have now been restored and converted into museums, libraries, auditoriums etc. to showcase the pearling story to tourists.

After you have visited the pearling path, you can head on over to the Bahrain National Museum, which is a short distance away. It is the keeper of Bahrain’s 5,000 years of history and is an absolute must for anyone interested in the archipelago’s past. 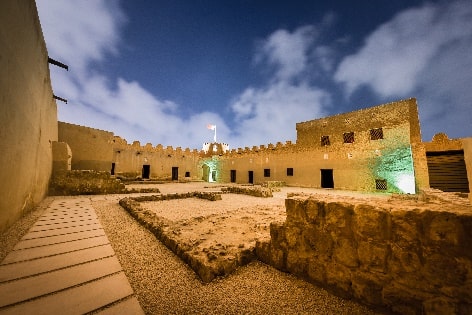 There are numerous magnificent forts in Bahrain, but aside from the Bahrain fort, the Arad Fort, which was constructed in the 15th century and is in the traditional Arabic style, is one you shouldn’t miss touring. It is one of the most significant fortified castles in the Middle East. With its sand-colored walls and tall turrets, the stronghold is impressive during the day, but at night, when spot lights are used to illuminate the walls, it truly comes to life. Riffa Fort, has distinctive architecture and finely carved details that are exclusive to Bahrain. 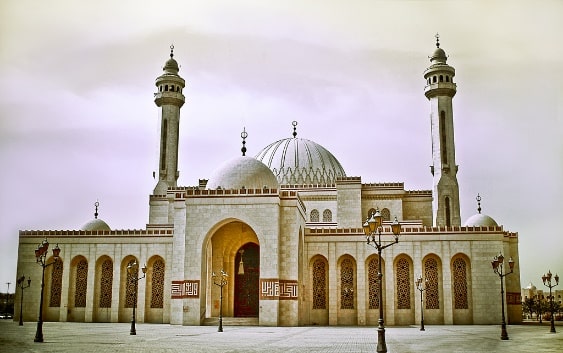 Al Fateh Grand Mosque is another magnificent attraction that you should add to your itinerary. It is the most famous mosque in the Kingdom, and one of the world’s largest. It cannot be missed when you are in Juffair. The enormous dome atop the main prayer structure is the biggest dome in the world and is built completely of fiberglass. The building can comfortably hold 7,000 worshippers at any time and is also the site of Bahrain’s National Library. The library houses over 50,000 volumes of books in English and Arabic.

Bab Al Bahrain is Bahrain’s most famous attraction and its translation means “Gateway to Bahrain” Stepping through the archway is like walking back in time. Narrow alleyways full of shops selling colorful spices, gold jewellery, scarves, carpets etc. It originally housed government offices, though today it is better known as the gateway to Manama Souq.

This beautiful destination is a melting pot of cultures. Here you will find the first in the region, nineteen churches, and three Hindu temples, including the 200-year old Shri Krishna Hindu Temple. 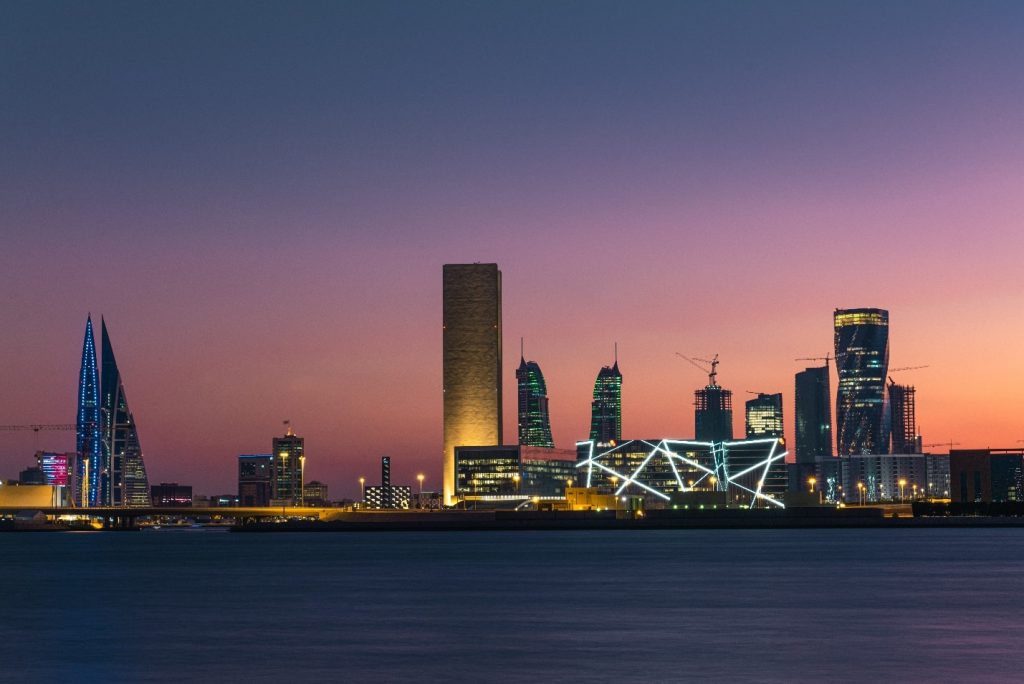 Come and explore these and many more natural, archaeological, and historic wonders in Ours, Yours, Bahrain.

The most exciting Dandiya Night in town is all set to make your nights perfect with food, music, Dhol DJ, and Live Food Counters at Phoenix Marketcity, Bengaluru