Hercules, India’s leading bicycle brand from the stable of TI Cycles of India, has on-boarded the rising Indian wicketkeeper and vibrant left-handed batsman, Rishabh Pant, as their brand ambassador to promote the cycling culture amongsturban teenagersof the country. Being one of the most promising young cricketers currently Captain of Delhi Capitals team in the Indian Premiere League and part of India’s T20 World Cup squad, Rishabh Pantis admired by millions of fans all across the cricketing world. The association will surely shape the perspective towards cycling and outdoor adventure for the urban youth who idolize cricket and sports, in the country. 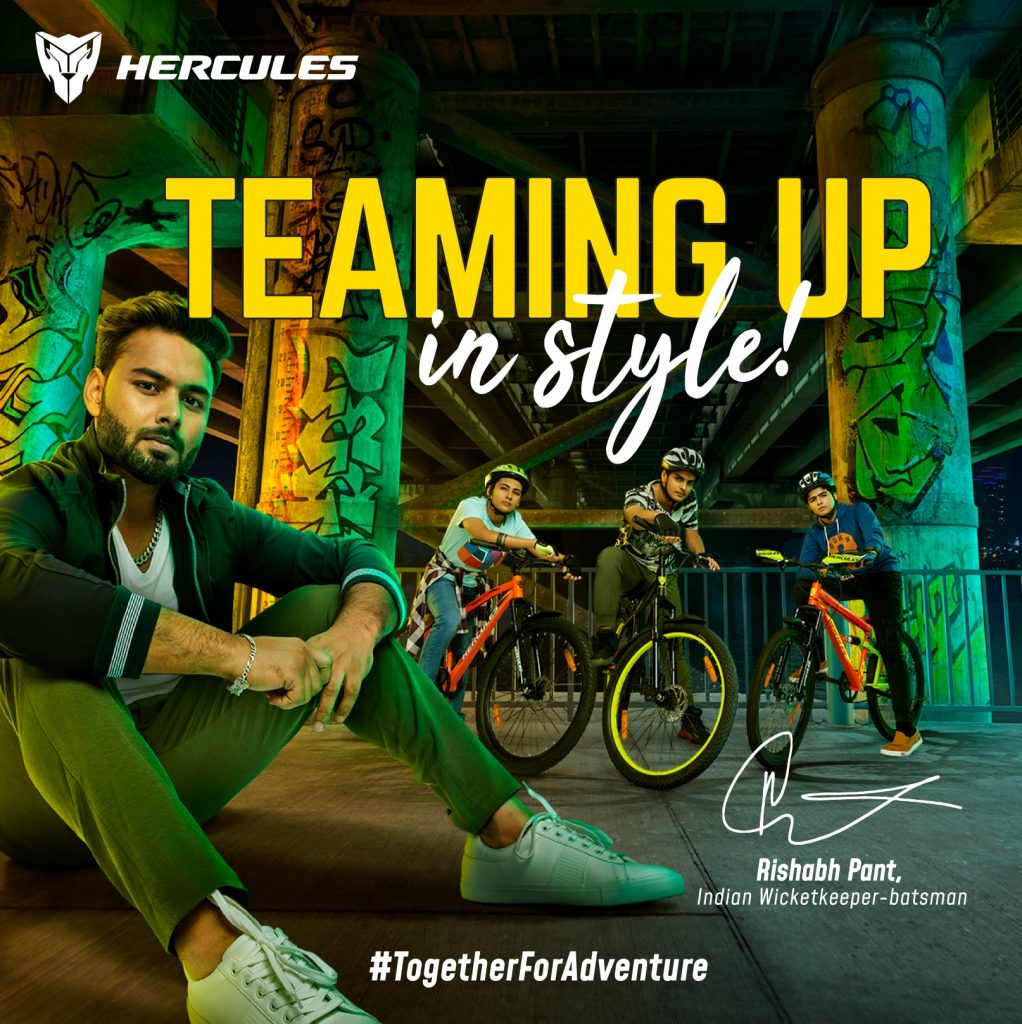 Commenting on the association, Mr. K K Paul, President, TI Cycles of India, said,“We are thrilled to have Mr. Rishabh Pant as our brand ambassador for our Hercules brand that celebrates the spirit of theadventure in our country. Hercules has always been a choice for young boys who wish to discover their spirit of adventure and exploring with friends through cycling.In a similar manner, Rishabh Pant, as an athlete has influenced teenage boysto pursue their goals with passion and determination. With this association, we are on a journey to support that inspiration to pursue their dreams and achieve their goals, relentlessly.”

“Bicycles were such an integral part of my childhood and I have many fond memories associated with it. I used one to get to school and then to cricket practise, and it was always something that gave me a sense of freedom. All these years later, it still has relevance in my life as a sportsperson and is such an important tool for fitness and adventure.I am excited about this partnership with Hercules, which as a brand, has been such an important part in the lives of young boys over the years. I personally believe that cycling is one of the best ways to bring out the adventure in you and spend more time being active outdoors, hence, I am eager to contribute in my way to educate and encourage our young boys towards adventure through Hercules.” says Rishabh Pant.

Hercules, a brand of TI Cycles of India, strives to fulfil the bicycling needs of the urban teenage boys of the country. Over the years, the brand has introduced a range of cycles such as Top Gear, Rockshox,Dynamite, Brut, Street Cat series, to name a few. With a wide range of 50 exclusive models in refreshing vibrant colours, their products are an expression of style, robustness, reliability and durability. Hercules bicycles are super stylish, designed for today’s urban teenage boys and extremely dependable.

Keeping in mind the brand’s zest for innovation,it introduced the first MTB in India “Hercules MTB” in the year 1992 followed by “RockShox” in 1993 the first cycle with shock absorbers and there on to launching “Top Gear” which also created an entirely new category of geared bikes in the country.

A Spooktacular Brunch Awaits You at Courtyard By Marriott Bengaluru Hebbal