Bollywood actress, Neha dhupia is enjoying her birthday to the fullest with her hubby Angad Bedi and daughter Mehr in Maldives. As the actress turned 39, wishes poured in from across the nation. Angad  took it to his Instagram handle to wish his wife by posting a heartwarming message.

A photo in which Angad is seen carrying Neha on his back, the actor called her to be his happy place and finds their daughter to be an exact reflection of Neha. Showering her with love, Angad wrote, “Happy birthday to you my beloved. I thank the almighty every day for bringing you into my life. You are my happy place. Waheguru mehr kare!!! I asked for one but I got two of you.. mehr is your reflection and hope she grows up to be like you. Have the best year ever. I love you. @nehadhupia 🎂❤️❤️@centaragrandmaldives”.

Happy birthday to you my beloved. I thank the almighty every day for bringing you into my life. You are my happy place. Waheguru mehr kare!!! I asked for one but I got two of you.. mehr is your reflection and hope she grows up to be like you. Have the best year ever. I love you. @nehadhupia 🎂❤️❤️@centaragrandmaldives 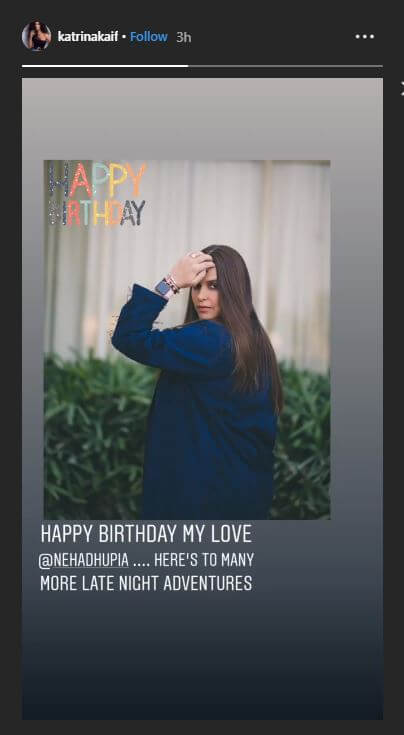 Neha is also a part of youth based reality TV show MTV Roadies where she won the show twice as a team leader. Former Indian Hockey Captain Sandeep Singh, who also was a Gang leader on the same show, took to his Instagram to wish Dhupia on her birthday. Calling Neha as “Bhabhiji”, Sandeep shared a photo in which Neha is seen feeding him noodles. 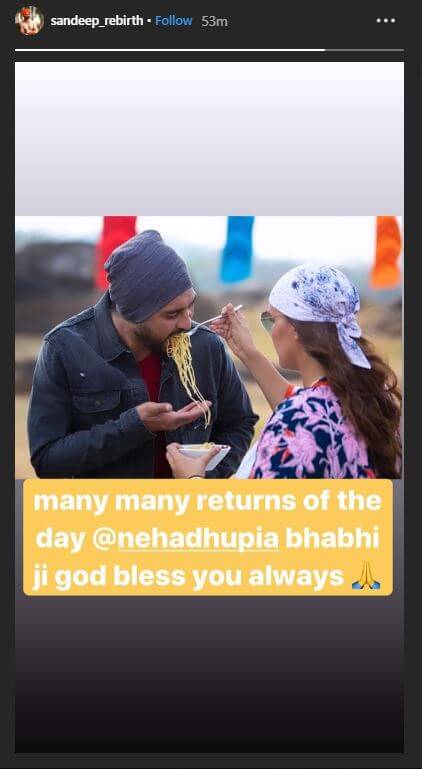 Bollywood actress Taapsee Pannu, who shares a good bond with Dhupia, uploaded a picture with her from the sets of Neha’s talk show ‘BFF with Vogue’. 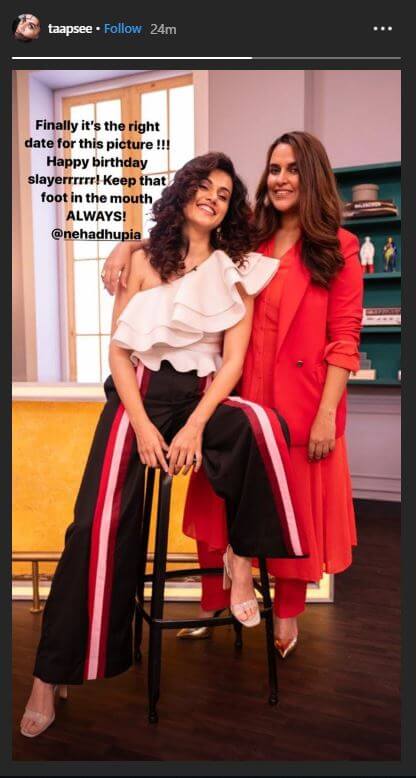 Neha Dhupia made her debut in Bollywood with ‘Qayamat: City under Threat’, opposite Ajay Devgan. Later, Dhupia became famous with her Bollywood podcast show ‘NoFilterNeha’ where she interviewed many Bollywood celebrities. The show was followed by over 2.3 million listeners and received a positive review from across the nation.  Along with her talk shows and fierce nature on ‘MTV Roadies’, Neha is known for her bold fashion choices. Being the fashionista of Bollywood, Neha has given some major goals by her maternity dressing style. Post pregnancy Neha put on lots of weight but never felt down by the trollers and always stood against body shaming issues spreading self love and body positivity. Here are few looks by Neha Dhupia which she nailed like a Queen.

Neha looks super chilled out and in total vacation mood on her recent Instagram post. Wearing a lime green drape dress paired with cool aviators, Neha is seen enjoying her time to the fullest in Maldives with the ‘sea-sleep-eat-repeat’ mantra.

2. From the Set of Roadies:

Neha was one of the most fierce gang leaders on MTV Roadies. Apart from being the best fighter, Neha was also the most stylish person on the set. Neha showcased some serious travel looks from her show. Wearing an off white kaftan dress with skirt and head turban, Neha’s offbeat look was appreciated by many.

Who says you can not look formal in a pleated skirt? Dhupia styled by Chola in Zara India rocked the formal look in her beige toned pleated skirt with beige formal blazer, paired with white long shirt and golden neckpiece. The rolled up sleeves of blazer is adding the sassiness to perfect the look.

On her special occasion, we wish Neha A Very Happy Birthday.

Best VMA’S Of The Decade!