A Bird from Afar (A Novel) by Anshul Chaturvedi

MIHIR BOSE, author of The Lost Hero: The Biography of Subhas Bose

Stalingrad has fallen to the Axis powers after a bitter, brutal campaign; in North Africa, Field Marshal Rommel’s Afrika Korps has emerged victorious; Rangoon has been seized by the Japanese after their capture of Singapore. Amidst these developments, Indian nationalist leader Subhas Chandra Bose has been camped in wartime Berlin, since 1941, working furiously to build an army that

will be able to march with him overland towards the Indian frontier. Bose is confronted with multiple dilemmas: in order to free India militarily from the clutches of the British empire, he must ally with Hitler’s forces, the Japanese army and Mussolini’s troops. And even if he succeeds, can a post-British India emerge as a single, united country? 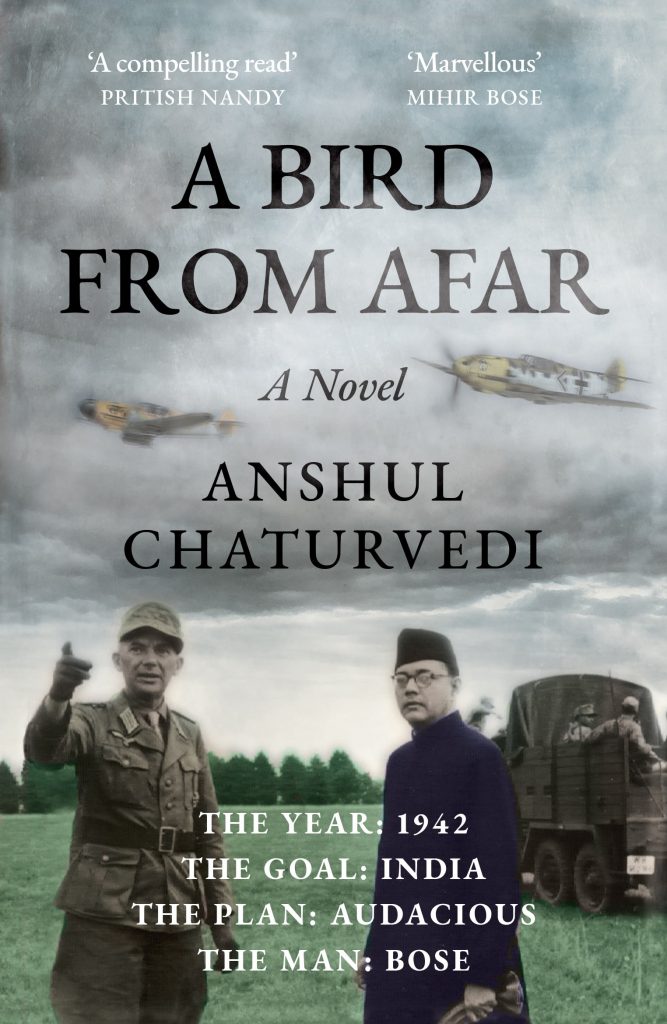 Set during a turbulent and complex time in our nation’s history, A Bird from Afar is an unforgettable tale of courage, resilience and Subhas Bose’s obsessive quest for Indian independence during the Second World War.

Anshul Chaturvedi has been fascinated with the Second World War for most of his life – some of his earliest memories are of watching Battle of the Bulge in primary school and scattering toy soldiers of the British and German Armies across his room afterwards.

Another subject of interest, right from his teenage years, is Subhas Chandra Bose. Chaturvedi has written about Bose for some years now – his political legacy, his affinity for Vivekananda etc. It was perhaps inevitable that these two fascinations were to converge in the shape of this novel after decades of running parallel.