100% Telugu streaming platform aha, a household name for Telugu entertainment in the digital space, ushered in aha 2.0 in the presence of Icon Staar Allu Arjun, in a grand event held at HICC-Novotel Hyderabad, high on glitz, pomp and entertainment. The event marked the inception of aha 2.0. 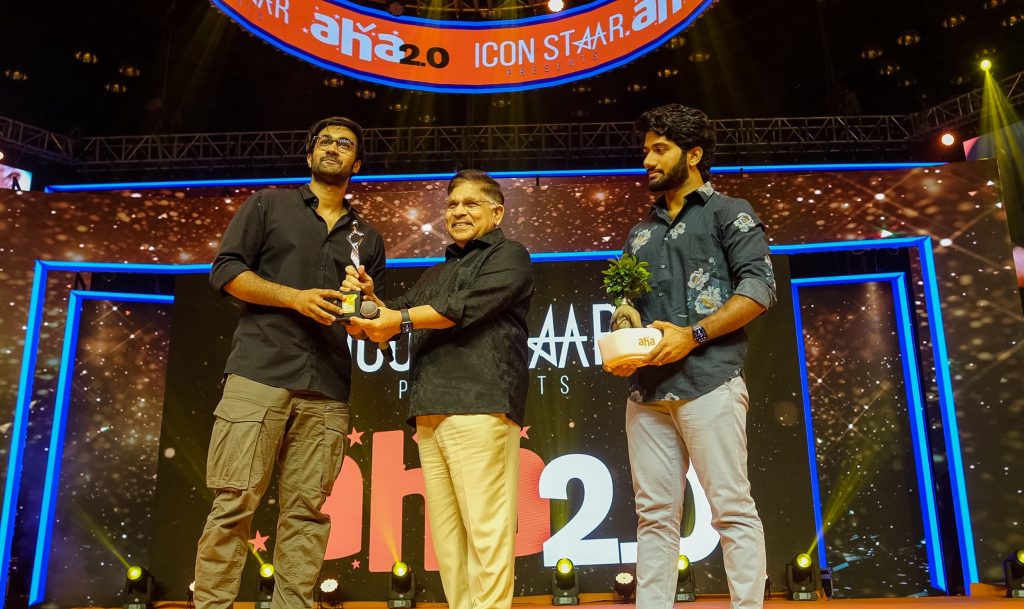 aha 2.0 doubles the joy for audiences with an upgraded version of the product that comes with a faster, smarter, smoother interface in addition to providing a wide range of features for the user. Besides offering customised recommendations, aha 2.0 comes with a smart player, 5.1 Dolby Digital experience, the facility of linking the television with the app besides parental control and seamless payment options.

Hosted by actress Lakshmi Manchu and RJ Hemanth, the aha 2.0 event was a complete entertainment package for the audiences that thronged in large numbers at the venue. The event was graced by several top names in the tinsel town. 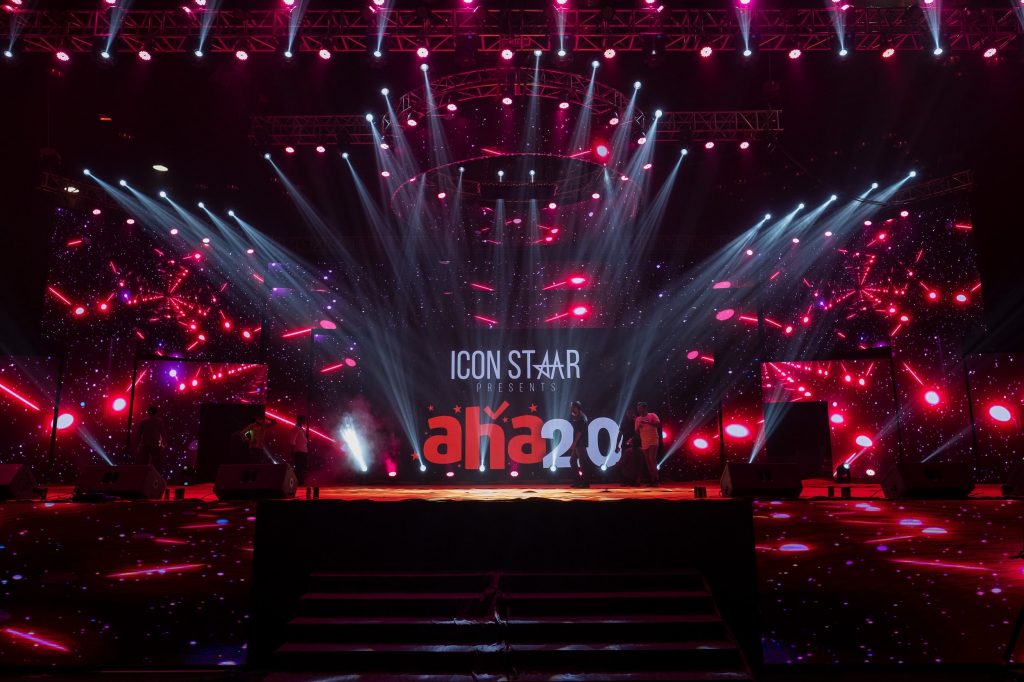 The event shed light on the many frontiers that the platform managed to conquer in just over 20 months since its inception in 2020, garnering over 13 million app downloads, 1.5 million subscriptions, 6 million monthly active users and 46 million visitors in more than 190 countries across the globe. aha also lived upto its promise of ensuring a release every Friday throughout the year and is all set to continue the trend for 2022 as well. 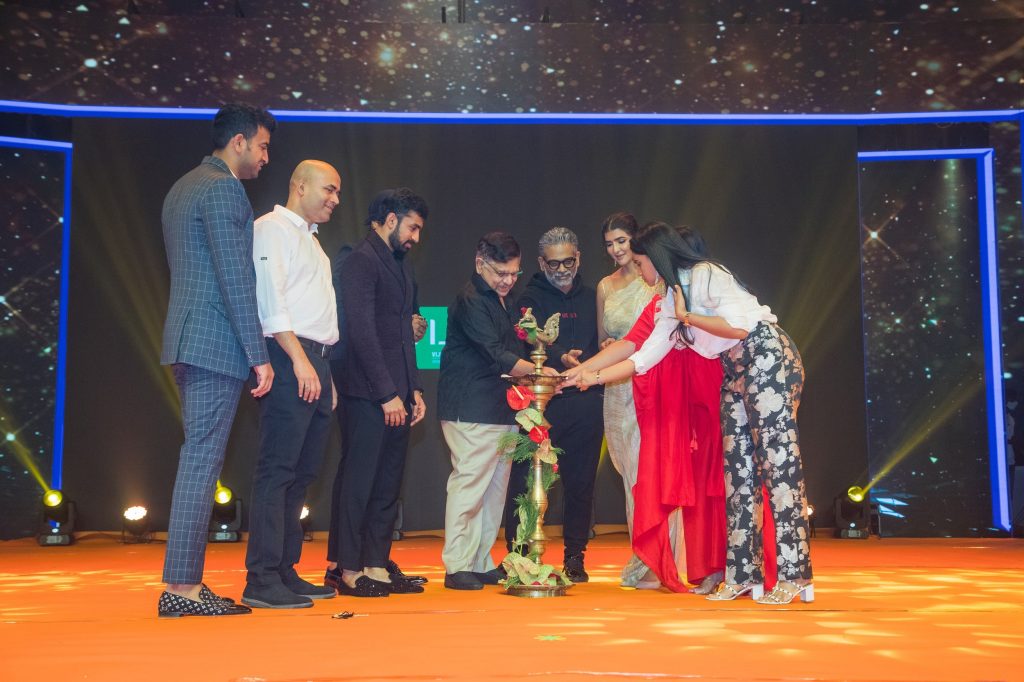 Another exciting announcement at the event was the unveiling of Telugu Idol. This is the first time that globally renowned show American idol is coming to South of India. Telugu Idol will give a voice to several budding, up-and-coming singers who deserve a showcase on the bigger stage and provide them with a platform to excel.

Biggest surprise of the evening was the unveiling of the teaser of cinemapuram by Allu Arjun. The brief sneak peek into Cinemapuram, where Allu Arjun’s caravan is seen landing at a village named Cinemapuram piqued the curiosity of many.

Besides, the first edition of aha 100% Entertainment awards was presented to actors Satyadev, Suhas, Chandini Chowdary, Tina Shilparaj, Santosh Shobhan and Anasuya Bharadwaj, for their befitting performances across films and web shows namely Colour Photo, Locked, The Baker and The Beauty and Thank You Brother. Colour Photo was named the best film on aha at the event and Kudi Yedamaithe as the best web series. 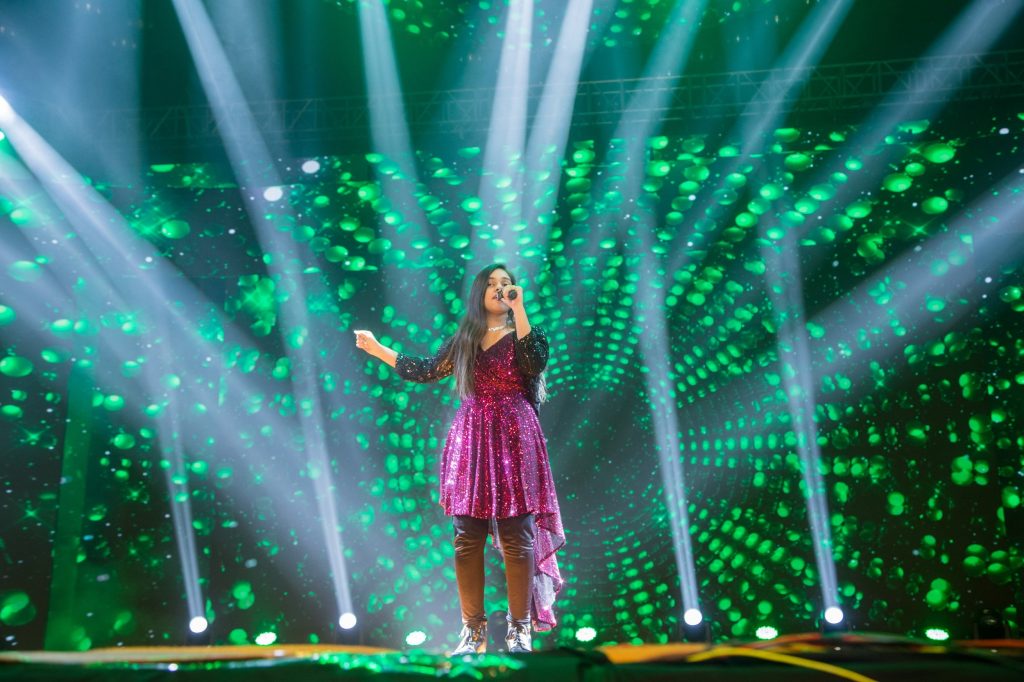 “Telugu audiences across the globe (in over 100 countries) deserve all the credit for aha’s spectacular growth in such a limited time. My father, Allu Aravind, the founder of aha, has left no stone unturned to build the platform from scratch with a young team with great energy. I credit the contributions of our promoter Ram Jupally, producer Dil Raju, Vijay Devarakonda, director Vamshi Paidipally, CEO Ajit Thakur, backed by the solid team of aha and they’re the reason for aha to have come so far. aha 2.0 is the result of relentless efforts of my brother Allu Venkatesh and team at aha. The upgraded app will allow users to navigate easily without any hassles,” Icon Staar Allu Arjun said.
“The start for aha wasn’t easy. We had our inhibitions and were apprehensive about its reception. However it was the leap of faith that the My Home group took and placed their trust in us that helped us give our best. Now, we are inching closer to the 2-million subscription mark, which could have been possible only with the love of Telugu audiences for our content. We are so happy to have quenched their thirst for quality entertainment all through. aha 2.0 will pave the way for superior content, with the finest web series, originals and high profile Telugu feature films on the platform,”Allu Aravind, the promoter of aha, shared. 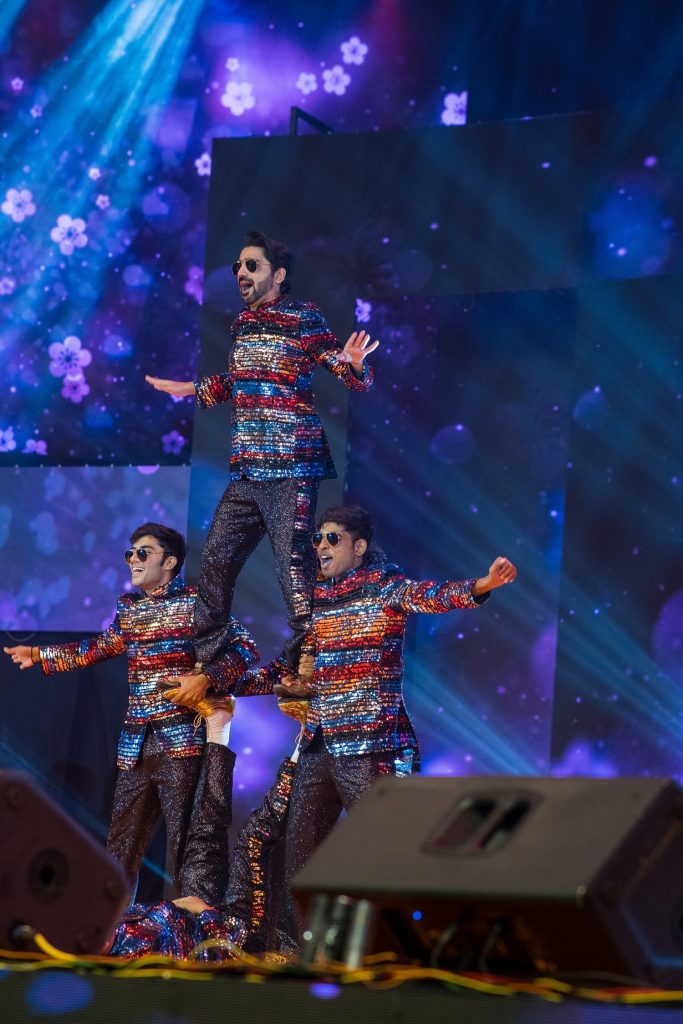 “Last Diwali, we promised a year-long entertainment and we delivered the best of shows, web series and movies to audiences. We feel delighted, privileged and honoured to get so much love for aha in a short span. aha is a gamechanger in the entertainment industry and a household name with Telugu audiences. Our chairman, Jupally Rameshwar Rao, believes in being no.1 in all the endeavours he takes up. We’re proud to have lived up to his expectations for aha. Allu Aravind (garu) has been a guiding force who has kept us motivated in all situations. aha is coming up with a superb slate of content in the coming months. I would like to convey my gratitude to the Telugu entertainment industry to have created content amidst such challenging times. aha 2.0 will be a treat for audiences and will make it easy for them to enjoy the best web shows, movies with greater ease,” Ramu Rao Jupally, promoter of aha added. 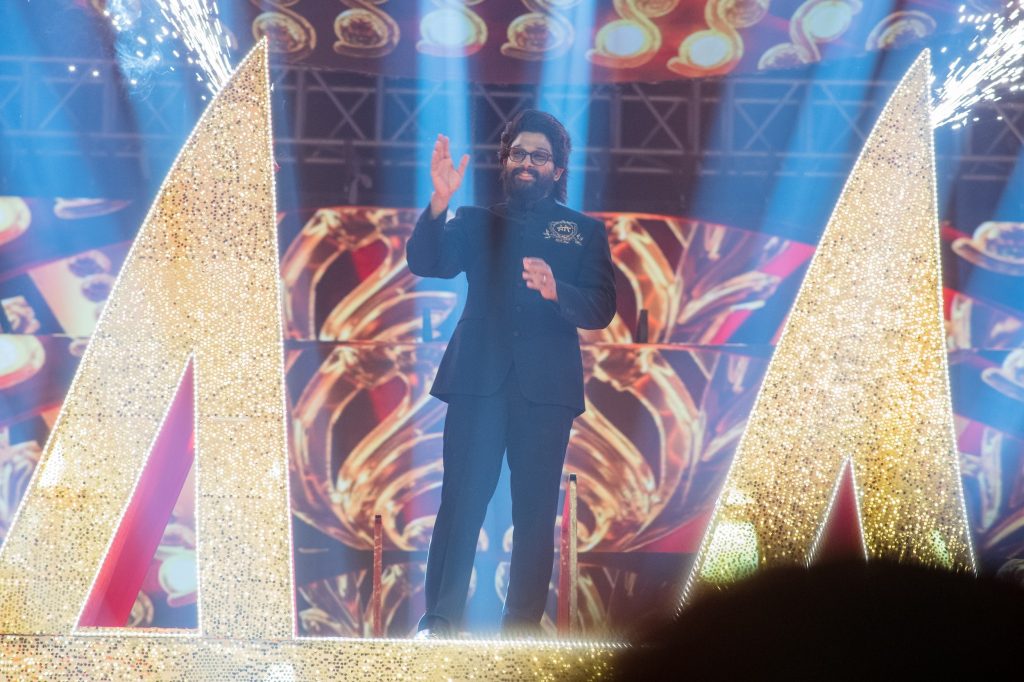 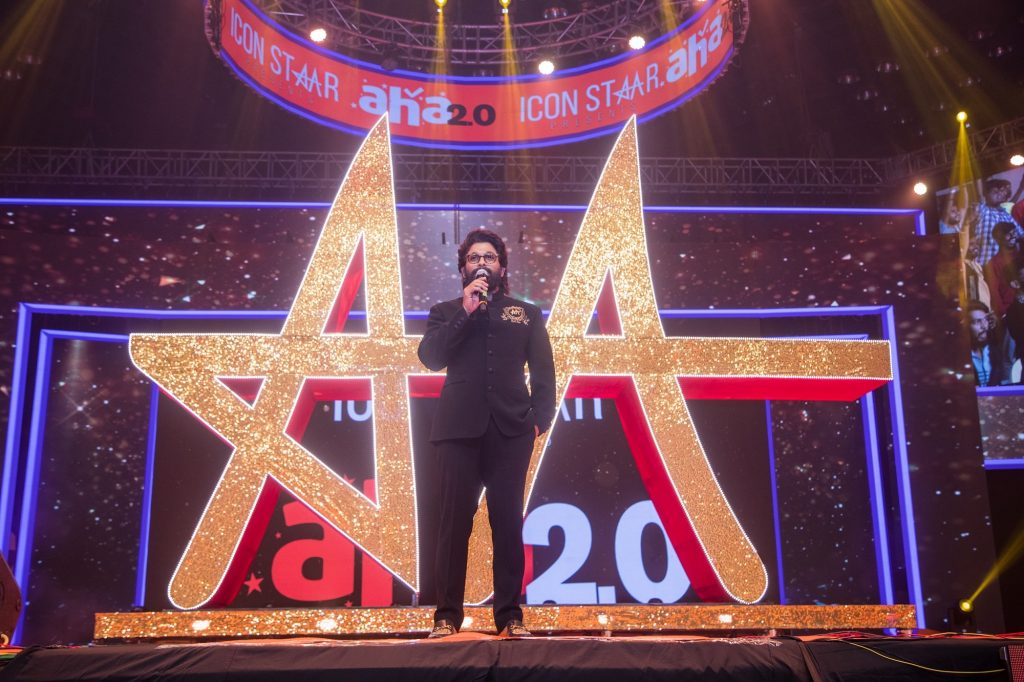 Khopoli, Wada and Dahanu are mushrooming as weekend destinations and here’s why you must invest in these locations

A Bird from Afar (A Novel) by Anshul Chaturvedi