5 notable takeaways from Amazon Prime Video’s Ikkat, which made us laugh out loud

A hilarious take on the lockdown, and an unpredictable turn of events makes this film a delightful watch

‘Ikkat,’ the Kannada language comedy film starring Bhoomi Shetty and N S Nagabhushana in the lead roles premiered this week on Amazon Prime Video. The film has numerous hilarious moments, and is a guaranteed laugh riot. Here are 5 reasons why we recommend you watch this fun film right away 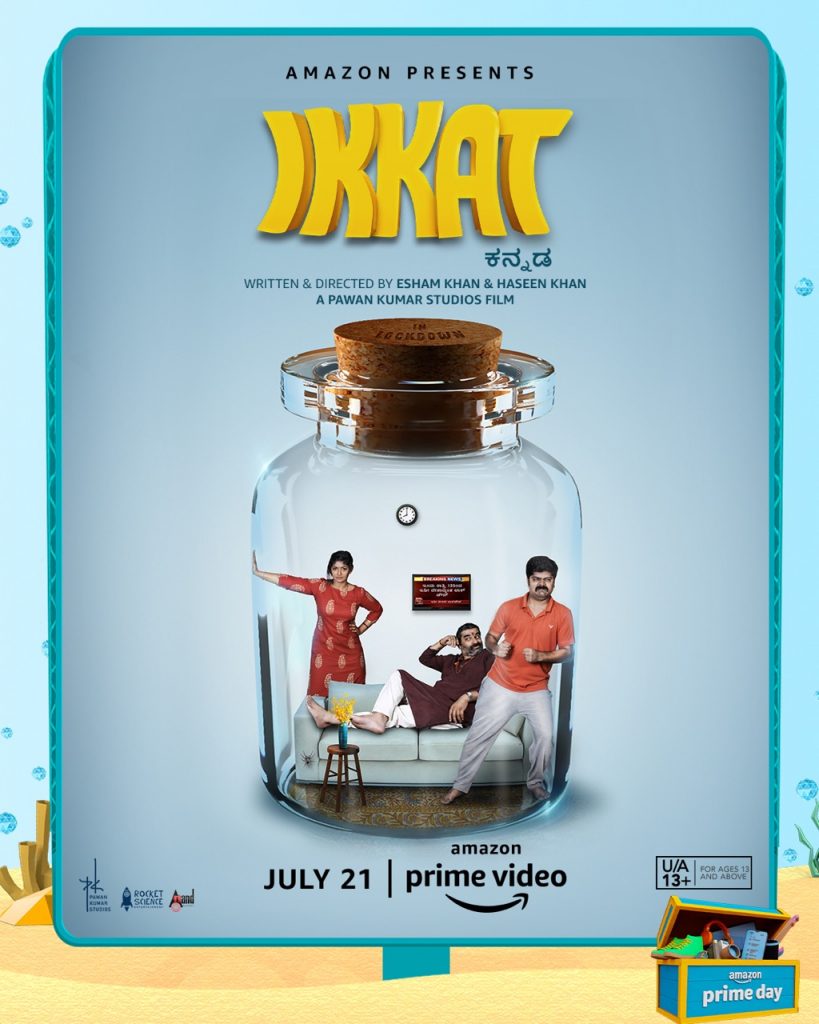 1.A unique yet simple spin on the lockdown situation, that has turned out to be a delightful comedy film

Ikkat stands out among all the films that have been made in the last year that were inspired by the lockdown. It takes a more light and comedy approach to the situation which has had us all locked in, in our homes for over a year. The way it manages to portray the lockdown situation, cooped up with family, hits close to home for every single person watching it.

2.A typical Indian married couple that are Locked in!

Nagabhushan and Bhoomi Shetty’s portrayal of Vasu and Jahnavi as a typical Indian couple who constantly bicker and get at each other is sure to tickle your ribs at more than one instance. The narrative of a middle-class Indian guy who works hard to make money, and a disgruntled Indian housewife who is tired of it all is far too familiar to not be able to relate. Right from dividing household chores to making grocery lists, Vasu and Jhanvi have done everything that a normal couple did during the lockdown.

Bhoomi Shetty plays Jahnavi, a middle-class housewife who is not getting along with her husband and relies on TikTok as her main source of entertainment during the day. The way she portrays a social media influencer  is sure to make people chuckle.

4.Nagabhushana’s outstanding performance as a brash and irritable guy.

N S Nagabhushana’s portrayal of Vasu is easily the prime highlight of the movie. With his “uncle” look, his remarkable dialogue delivery and excellent acting, he plays the character of a middle class working man to perfection. The familiarity and the relatability to his character makes his performance realistic and hilarious.

5.Characters that resonate with every Indian household

Aside from the main characters Vasu and Jahnavi, who are sure to resonate with the Indian audience, the supporting characters also do their job well. The imposing uncle, the nosy neighbour, and all the other characters are all seemingly too familiar for everyone, and their participation in the film makes it much more entertaining.

If you haven’t watched the movie already, tune into Amazon Prime Video to watch it!