UEFA has announced the postponement of EURO 2020!

Due to COVID-19, the health of all those involved in the game is the priority. This move will help all domestic competitions, currently on hold due to coronavirus, to be completed. A committee has been set up to examine calendar solutions that would allow for the completion of the current season.

The decision of postponing was taken by UEFA’S Executive Committee, followed by video conference meetings with the presidents and general secretaries of the 55 national associations as well as representatives of the European Club Association, European Leagues and FIFPro Europe, convened by UEFA President Aleksander Čeferin.

Through a series of tweets on their official Twitter account, UEFA dropped this news for the football fans all over the world, have a look: 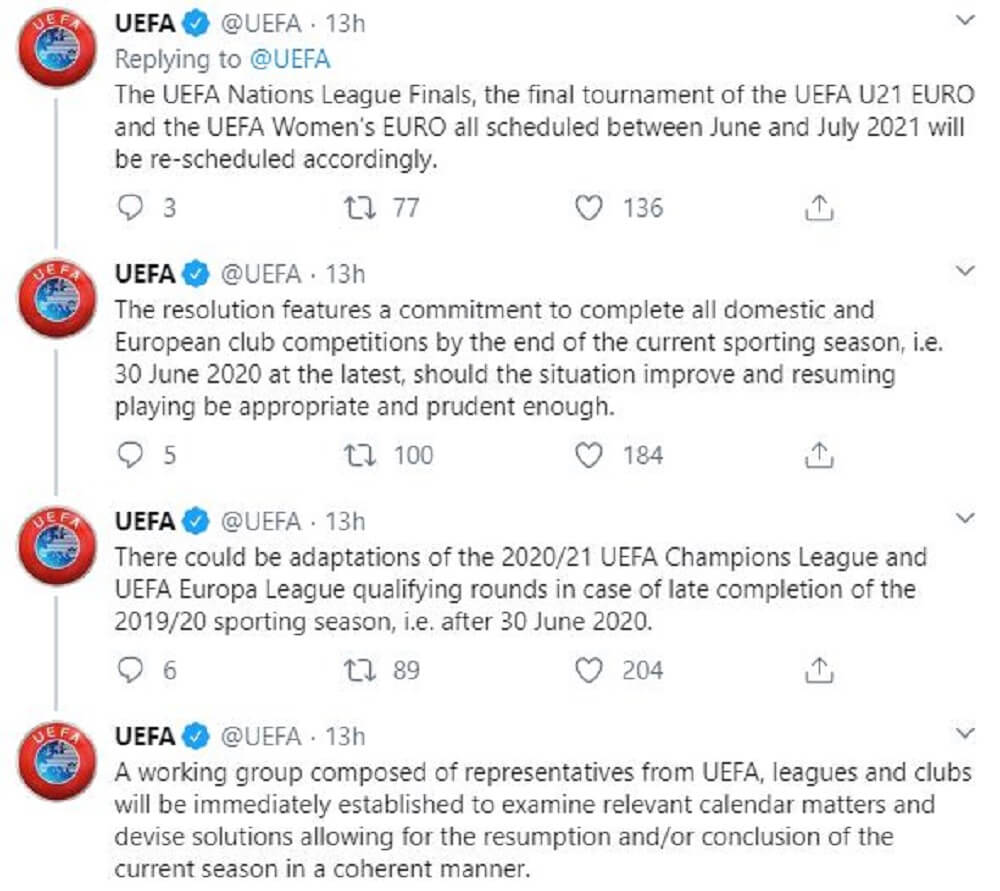 The One Shoulder Trend