Fascinating stories, talentedactorsand incredible cultural aesthetics, are reasons enough for Indian audiencesto binge hard on Korean content. From K-dramas and films to pop music, Hallyu or the Korean wave has steered its way into the hearts of Indian viewers and added to the popularity of South Korean culture in India. To make things even more exciting for fans of Korean content, Prime Video today announcedthe launch of a dedicated content slate for K-dramason the service. Starting today, October 21, 2021, a repertoire of Korean dramas will go live for the Indian consumers adding further value to Prime Video’s exhaustive content library.

Following the success of Parasite and Minari on Prime Video, the launch of the Korean content slate is reflective of the booming interest in Korean dramas, including the strong affinity for genres like romance, mystery,thriller, and horror. With new titles launching every week and storylines ranging from romance to revenge to slice-of-life, Prime Video’s K-Drama slate not only promises to entertain the viewers but also give them an immersive experience of the Korean culture.

“Video streaming has brought a host of varied cultures into our living rooms. Users are now enjoying watching content from different regions of India and from around the world, finding resonance in stories, characters and cultures,” said Manish Menghani – Head, Content Licensing, Amazon Prime Video, India. “Korean content, in particular, has made significant inroads into India’s mainstream popular culture. Our users were highly appreciative of Korean films like Parasite and Minari on Prime Video – the movies saw viewership from across the length and breadth of the country. We are excited to announce our exclusive slate of Korean content with 10 popular series. The slate brings together a mix of genres from comedy, romance, horror toaction, exclusively for Prime Members in India. The announcement marks our efforts to program for evolving consumer choices for immersive content. We will continue to curate a compelling library of content that is diverse, resonates with our audience and gives them the choice to explore stories from around the world.”

Starting today, viewers can enjoy a diverse range of the blockbuster Korean dramas. The popular shows launching on the service today includeTrue Beauty that dwells on the classic makeover of a young high school girl, bullied for her appearance,Strangers from Hell that will transport the viewers to a dingy apartment building with shady neighbours and a series of mysterious events, and the new season of a high-octane action-packed series,Taxi Driverfeaturing Lee Je-Hoon andEsom. While the saga of the supernatural will continue with Lee Dong-Wook andCho Bo-Ah starrer Tale of the Nine Tailed,Hotel Del Luna willintroduce a mix of eeriness and a gripping plot line.

In the subsequent weeks, viewers can tune intoall the seasons, including the most recent one, of The Penthouse: War in Life, a show that delves deeper into the struggles of some unabashedly ambitious women, who desireto enter the cream of high society. At the same time,Mr. Queen, featuring Shin Hae-Sun and Kim Jung-Hyun, will make the audience experience a soul swap and a time travel within the same breath.

And there’s more to this binge-fest.Secret Garden, a fantasy romantic comedy will explore love that transcends social class differences, while all 4 seasons ofVoicewill drop together in November, allowing users to binge-watchan edge-of-the-seat thriller, which will see a seasoned ex-detective and a talented newbie solve cases withlimited clues at their disposal.

With such an exciting line-up, the best of stories and actors are all set to heightenthe excitement on Prime Video, starting today. So, get your watchlist ready, grab some popcornand start bingeing. 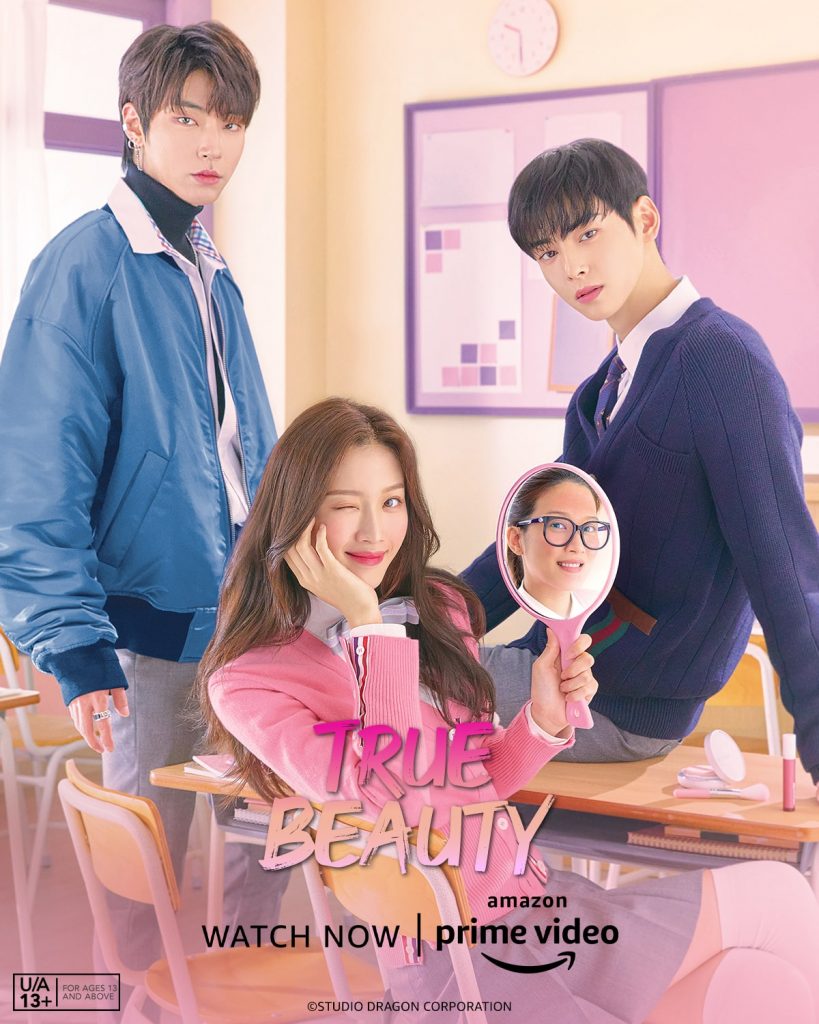 Starring Moon Ka-Young, Cha Eun-Woo, Hwang In-Yeopand Park Yoo-Nain key roles, this is the story of a young high school girl, bullied for her looks. While a makeover gives her instant fame, it is friendship that helps her face her insecurities and grow stronger. 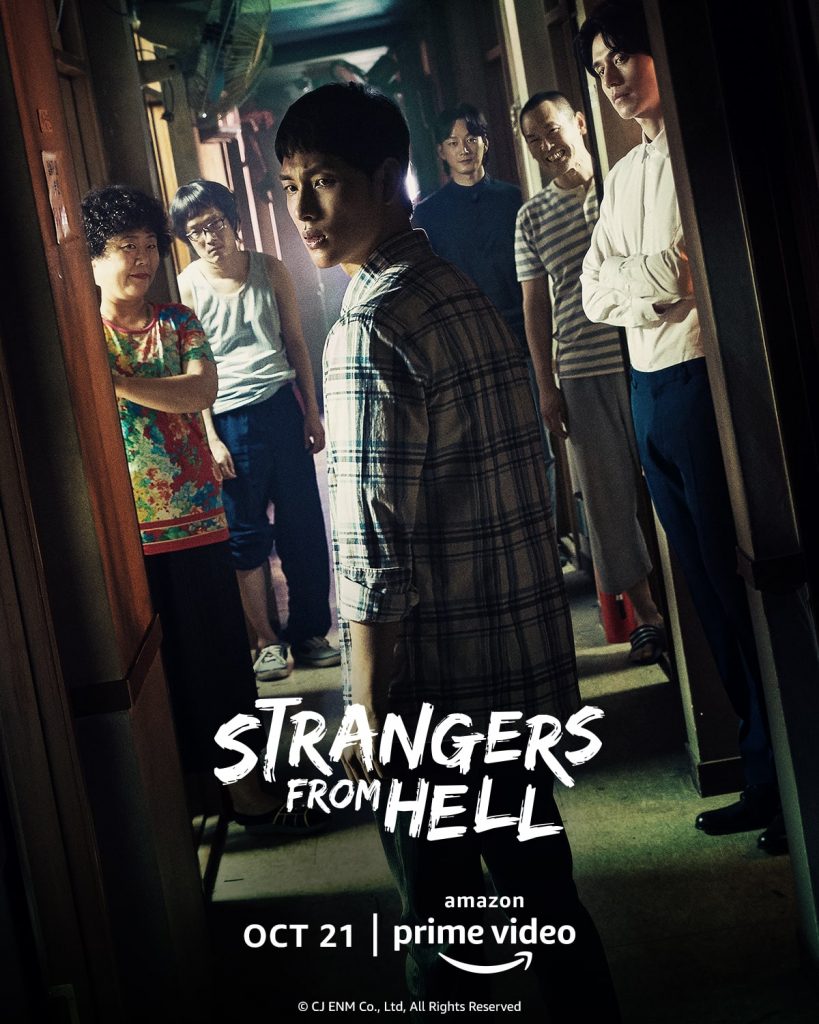 When Yoon Jong Woo, an aspiring, crime-fiction writer moves to the big city for a small job, his living condition isn’t exactly what he expected or imagined. A cheap apartment building with questionable neighbours and mysterious occurrences, how will the chapters of his life unfold? Strangers from Hell, also known as Hell is Other Peoplestars Yim Si-wan, Lee Dong-Wook and Cha Rae-Hyung. 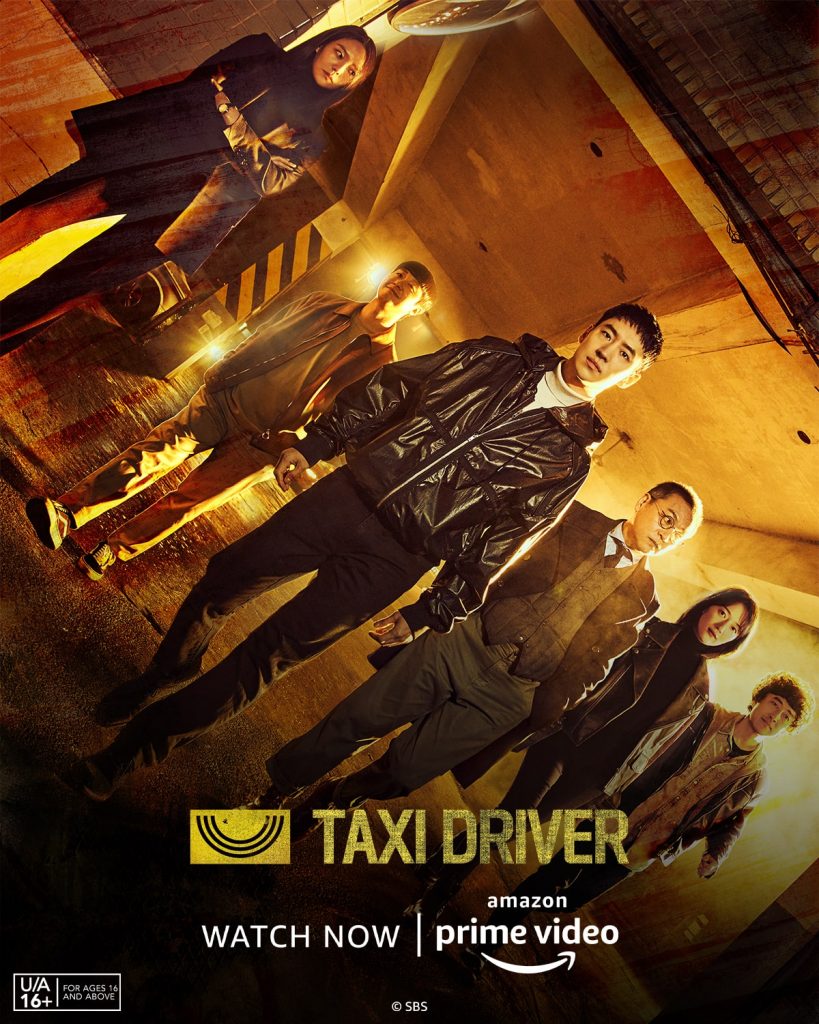 Based on the webtoon Deluxe Taxi by Carlos and Lee Jae-Jin, this taxi driver, is out for blood. The story follows a taxi driver, as he sets out to seek revenge on behalf of his passengers. The show stars Lee Je-Hoon, Esom, Pyo Ye-Jin and Kim Eui-Sung. 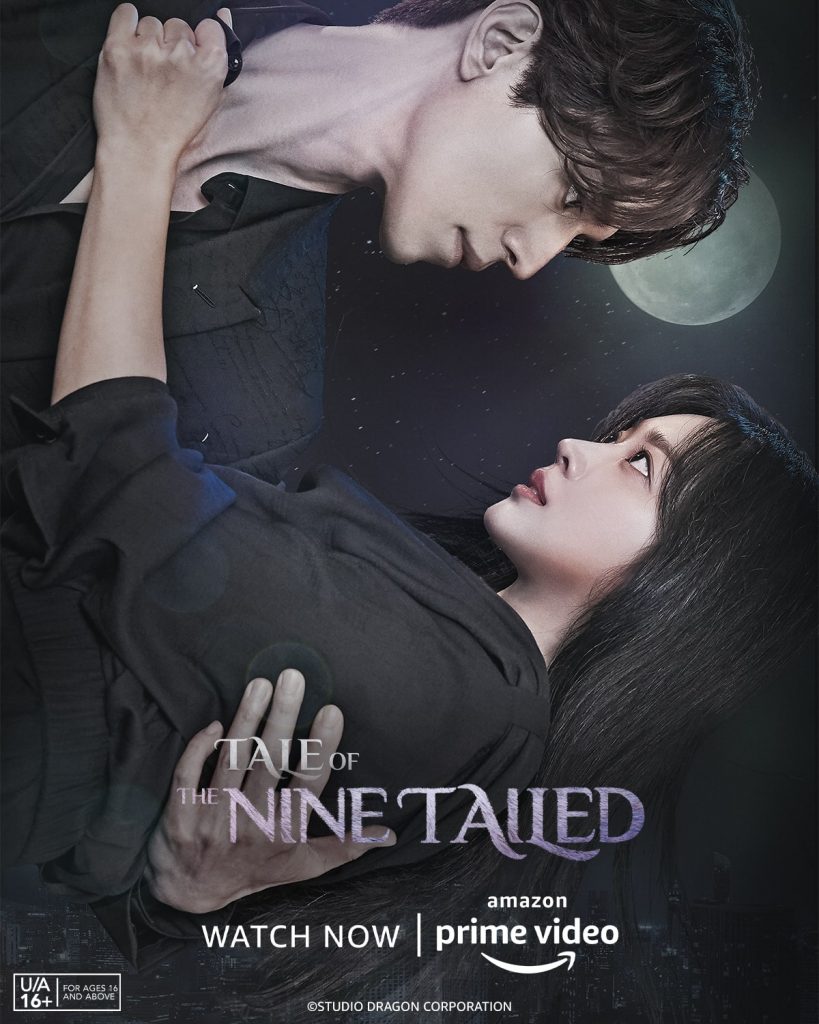 Hold onto the edge of your seats, as fantasy, romance, drama and suspense collide in Tale of the Nine Tailed. This urban fantasy series follows the story of Lee Yeon, a once mountain guardian spirit (nine tailed fox) and Nam Ji-ah, a producer in search of a story. With the cast of Lee Dong-Wook, Cho Bo-Ah, Kim Yong-Ji and Kim Beom among others, the show packs in enough to keep viewers entertained from start to finish. 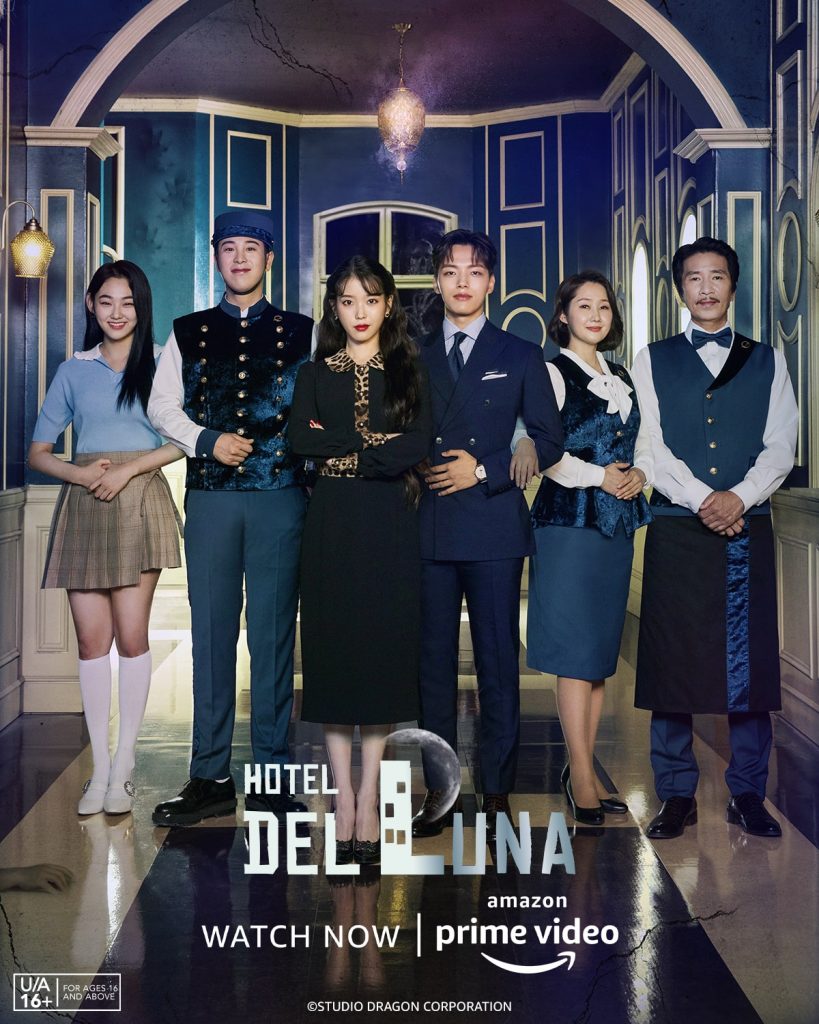 Check into this hotel but be warned; we hear it caters exclusively to the dead! Hotel Del Lune is a strange establishment run by a suspicious woman with a fishier past. When ayoung hotelier takes charge, things take an interesting turn as the past begins to unravel itself. Care to check-in?Lee Ji-Eun (IU) and Yeo Jin-Goo welcome you to the hotel as the show’s leads. 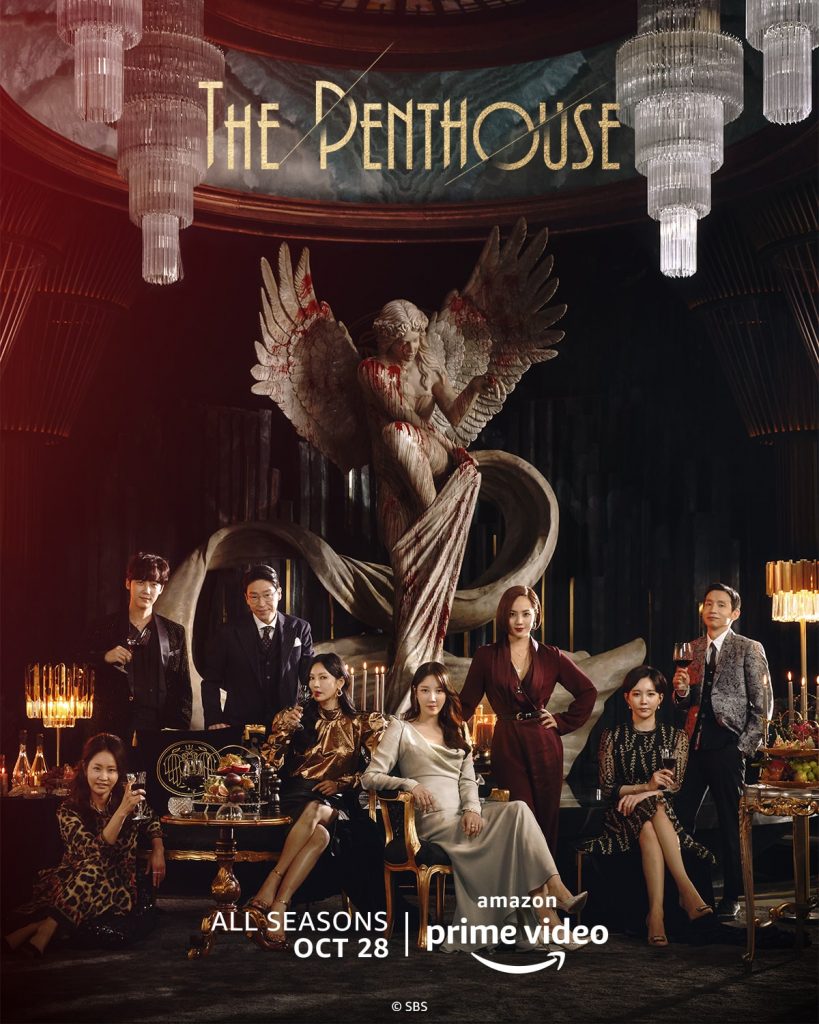 In her struggle for entering the elite high society, a woman strives to become the Queen on the 100th floor penthouse in Gangnam. In her eyes, she’s reached the epitome of success, but is that enough? Watch the drama series starring Kim So-Yeon, Lee Ji-Ah, Eugene, Uhm Ki-Joon, Shin Eun-Kyung and Yoon Jong-Hoonand step into the life of opulence and all things shiny. 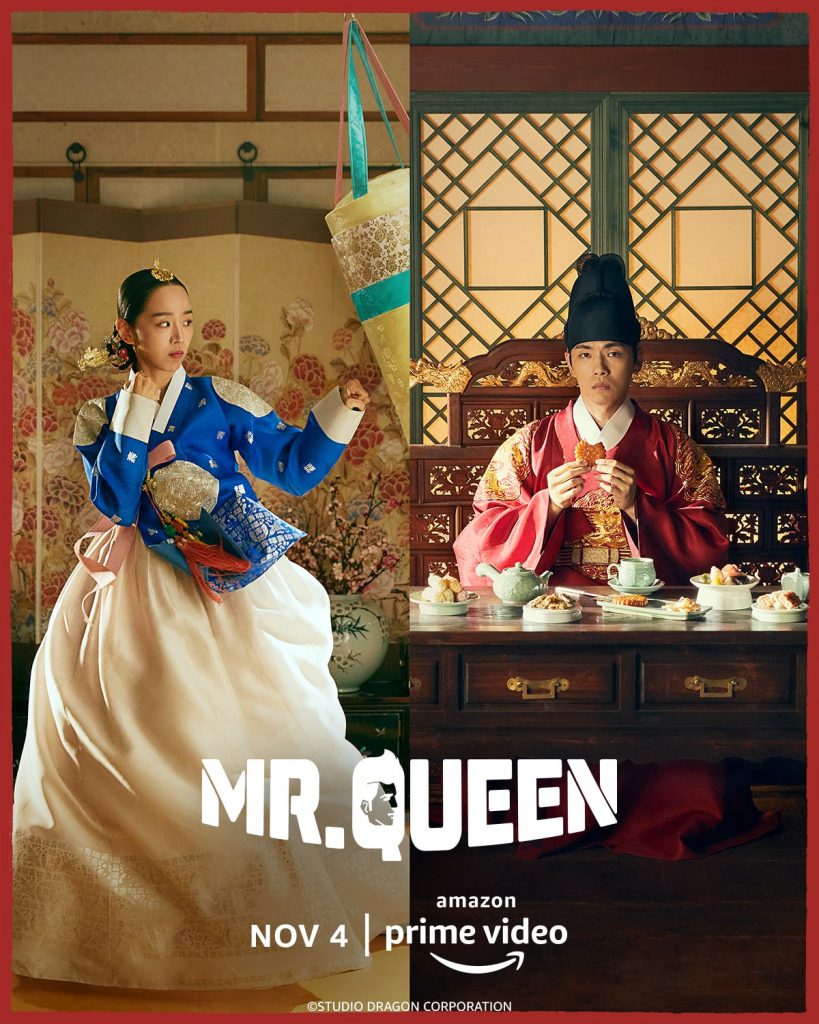 We’ve heard of a free-spirited soul, but what happens when this uninhibited spirit finds its way into another body? Modern day chef, Jang Bong-hwan’s soul finds itself trapped in Queen Cheorin’s body in the 14th century. Secrets begin to surface and situations become deliciously complex in this historical fantasy romantic comedy starring Shin Hae-Sun, Kim Jung-Hyun, Bae Jong-Ok and Kim Tae-Woo, among others. 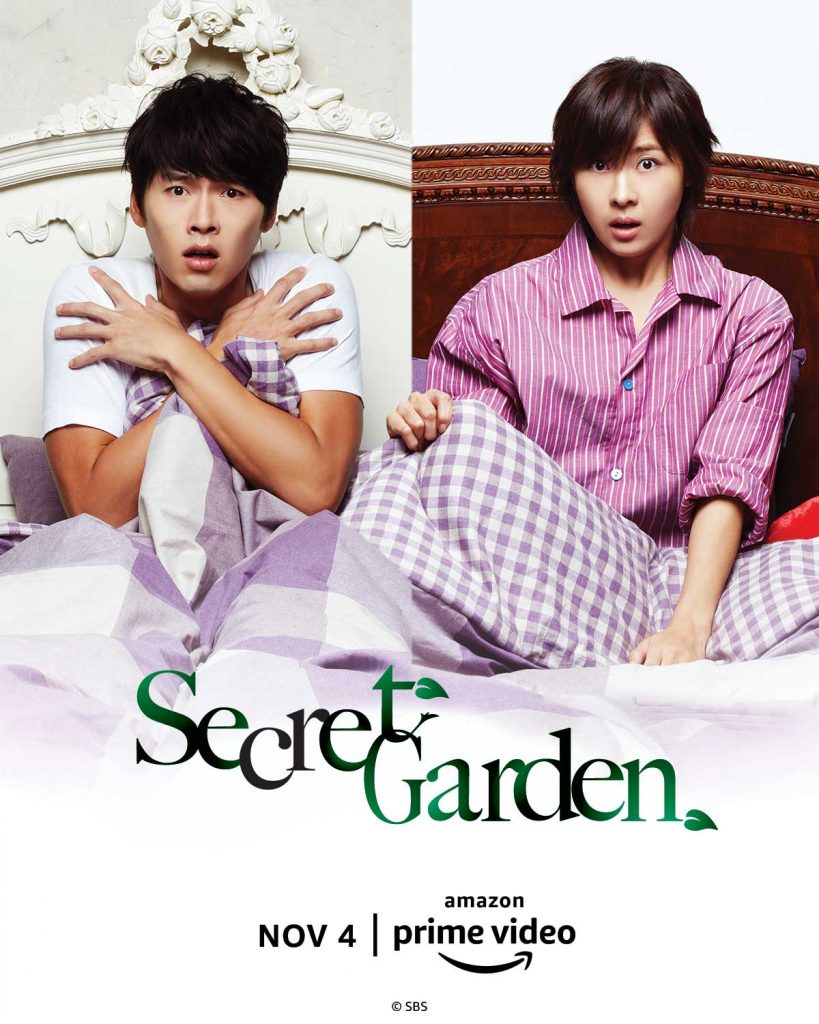 Every love story needs a little bit of magic but what happens when this magic starts complicating an already convoluted story? Meet Kim Joo-won, a rich, young CEO and Gil Ra-im, a poor stuntwoman who are brought together by fate but must now do everything in their power to overcome class and cultural differences. Not to mention, try and circumvent magic that keeps making things even more dramatic. A fantasy rom-com, the show stars Ha Ji-Won, Hyun Bin, Yoon Sang-Hyun, Lee Jong-Sukand Kim Sa-Rang in lead roles. 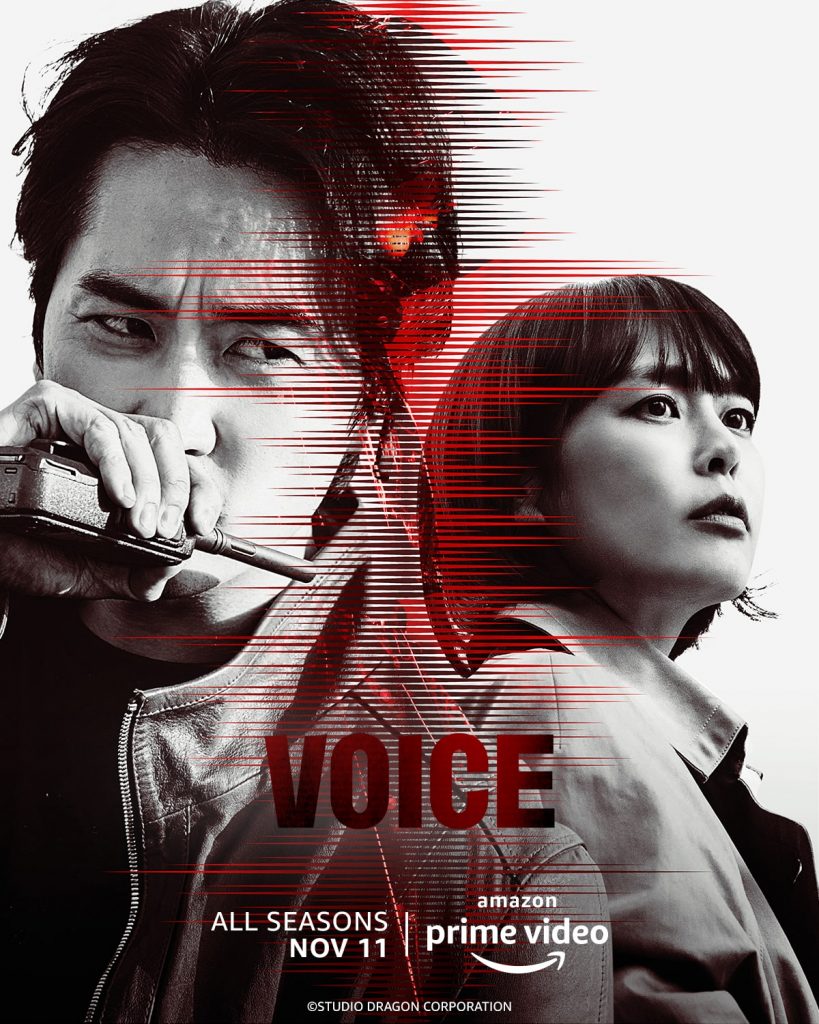 A must for all crime fans, Voice revolves around an emergency call centre and its employees who solve cases with the limited information they receive over urgent calls. An ex-detective and a talented, young police academy graduate chase after killers while fighting their inner demons. The cast includes names like Lee Ha-Na,Jang Hyuk, LeeJin-Wook, Yesung, Song Seong-Heon, among others.

YooHye-Jung, a reckless studentbegins to change after meeting her teacher, Hong Ji-hong, who plays a key role in transforming her life.13 years later when they bump into each other in a hospital, they must face and navigate the challenges of being doctors.The show stars Kim Rae-Won, Park Shin-Hye, Yoon Kyun-Sang and Lee Sung-Kyung in the lead.

Give a girl the right shoes and bag, and she can conquer the world!