PRIME VIDEO ANNOUNCES THE RELEASE OF THE MYSTERY THRILLER DRUSHYAM 2

Headlined by Venkatesh Daggubati, this is a sequel to the much-loved Telugu superhit Drushyam 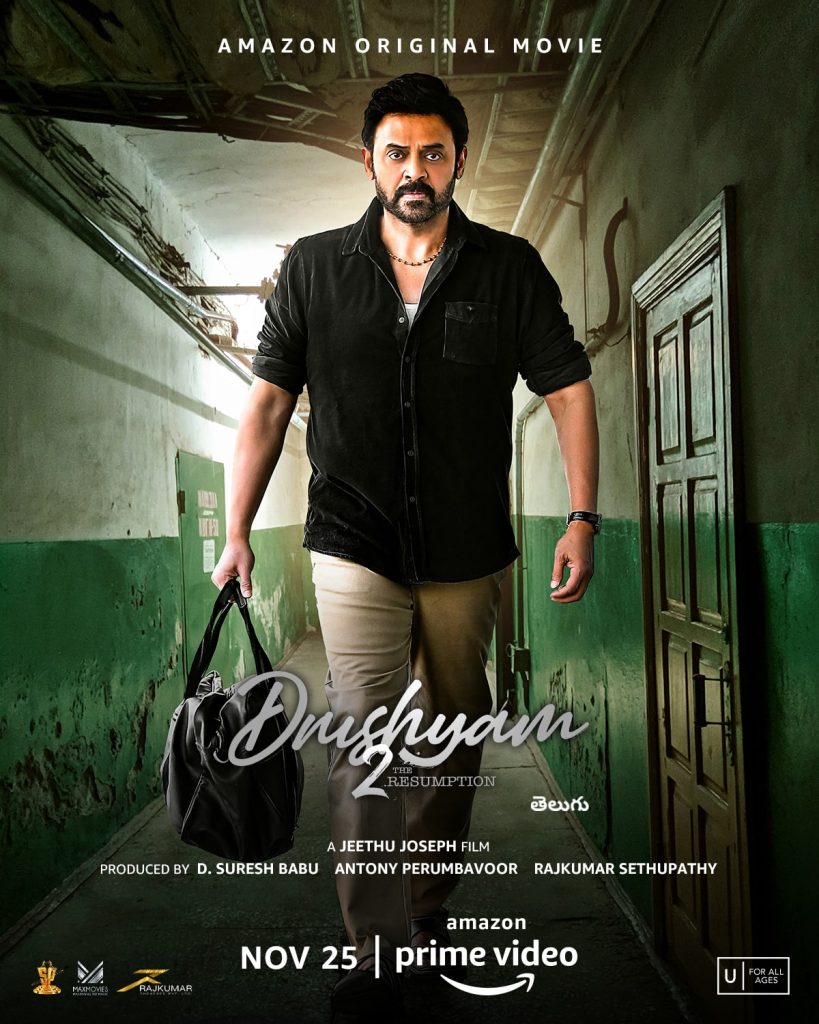 Prime members in India and across 240 countries and territories can stream the exclusive digital premiere of Telugu thriller, Drushyam 2 starting 25th November 2021.

Prime Video today announced the global premiere of the Venkatesh Daggubati starrer Telugu thriller Drushyam 2 on 25th November 2021 in India and across 240 countries and territories world over. Directed by Jeethu Joseph and produced by D. Suresh Babu, Rajkumar Sethupathy and Antony Perumbavoor of Suresh Productions, Rajkumar Theatres and Max Movies, the film is a sequel to the much-loved Telugu superhit Drushyam. Alongside Venkatesh Daggubati, the film features an ensemble cast of talented actors such as Meena, Kruthika, Esther Anil along with Sampath Raj and Poorna.

Set six years since the events of Drushyam, the film delves deep into the life of Rambabu, a changed man now. However, a criminal investigation ensues threatening the wellbeing of his family. As tables turn, it’s upon Rambabu to give it his all and protect his close ones yet again in this gripping tale of deceit, lies and mystery. The riveting crime-drama is all set to keep you on the edge of your seats with every twist that comes your way.

The film will release in Telugu on Prime Video on 25th November in India and across 240 countries and territories.

Watch the teaser of Drushyam 2 here:

Prime Video is a premium streaming service that offers Prime members a collection of award-winning Amazon Original series, thousands of movies, and TV shows—all with the ease of finding what they love to watch in one place. Find out more at PrimeVideo.com.

● Enhanced experiences: Make the most of every viewing with 4K Ultra HD- and High Dynamic Range (HDR)-compatible content. Go behind the scenes of your favourite movies and TV shows with exclusive X-Ray access, powered by IMDb. Save it for later with select mobile downloads for offline viewing.

● Included with Prime: Prime Video is available in India at no extra cost with Prime membership for just ₹999 annually or ₹129 monthly, new customers can find out more at www.amazon.in/prime and subscribe to a free 30-day trial.