No Media Coverage for Kangana Ranaut

Kangana Ranaut starrer, Judgementall Hai Kya movie is not proving to be easy for her. Actor again landed in a controversy during the Wakhra song launch of the film, this Sunday. Days after her spat with one of the PTI Journalist, Justin Rao, media delegates issued a letter to the Producer of the film, Ekta Kapoor, demanding apologies from both Ranaut and Kapoor, giving no media coverage to Kangana until she apologizes.

‘We as a guild have collectively decided to boycott Ms Ranaut and not give her any media coverage.’, Entertainment Journalists’ Guild of India wrote it to Kapoor, adding that the boycott won’t affect the film or the rest of the cast. 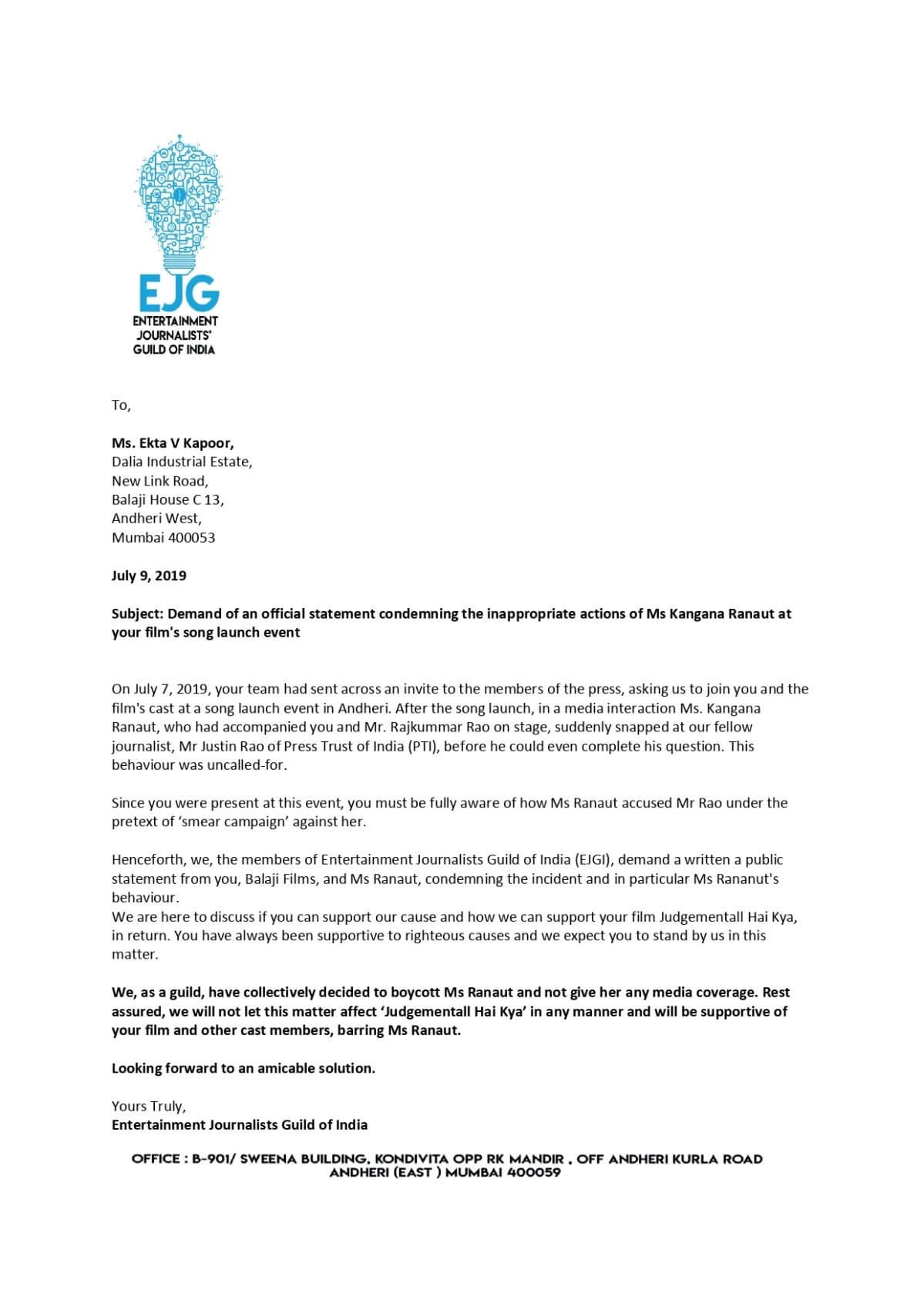 #WATCH Kangana Ranaut has a spat with a reporter, accuses him of smear campaign, at the 'Judgementall Hai Kya' song launch event in Mumbai. (07.07.2019) pic.twitter.com/sNuWduY3yg

Kangana who is known for her outspoken nature, had earlier accused the journalist of running a ‘smear campaign’ against her. Ranaut’s sister, Rangoli Chandel, also her manager, rejected the possibility of any apology coming from Kangana’s side. She further took it to twitter, stating, ‘Ek baat ka main vaada karti hoon, Kangana se apology nahin milegi’.

Pari ‘Dying Of Nerves’ Due To Schedule