Durga Puja is not just a religious occassion but ab emotion. Basically there are ample reasons to be excited about it’. 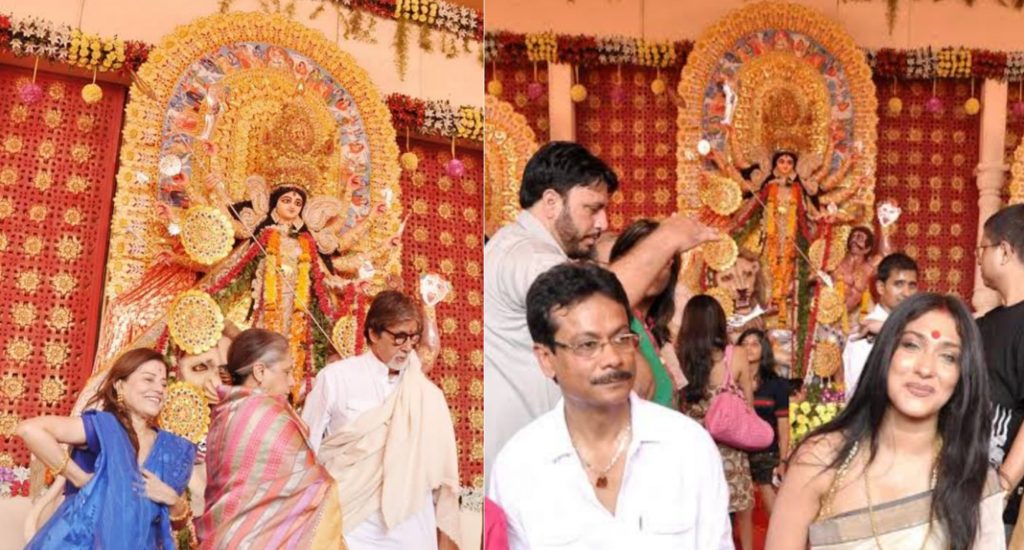 Durga Puja for the Bengalis is much more than a festival. It is a carnival and an emotion that marks the time of happy tides. Families immerse themselves in this five-day gala of awesome food, pandal hopping, music and cultural evenings and welcoming Maa Durga back to her paternal home.
The entire Nation celebrates Navaratri while Bengalis celebrate the same as Durga Puja. One of the most amazing thing about Durga Puja is some of the Public Pujas. Such Pujas are termed as “Sarbojanik Puja” which means “Everyone’s Puja” and that’s the charm of Durga Puja.

Covid has not only affected life of humans but also sone most celebrated carnivals. Durga Pujas across various states, that used to be celebrated with spectacular grandeur and had huge budget faced immense catastrophe post covid. They say wherever Bengalis settle a committee conducting Durga Puja is most likely to exist. Like many other town Mumbai is also not an exception. D.N Nagar Andheri link road ‘Sarbojanik’ Durga Puja is one such Puja that marks the beginning of autumnal fiesta in the city of dreams. Pioneered by Krishnendu Sen this puja started long back. This specialty of D.N Nagar Durga Puja is that the puja committee not only consists of Bengalis but also non Bengalis. Thus, D.N Nagar’s Durga Puja justifies the term ‘Sarbojonik’ to it’s level best.

Son of Founder and Chairman Mr. Krishnendu Sen, Romeer Sen says ” this year the budget is around 20lacs, this pujo used to have a budget around a crore or more. But we’re truly blessed to have organised this puja after covid. We’re extremely happy to announce that D.N Nagar Sarbojanik Durga is back. ”

Romeer also disclosed that D.N. Nagar Durga Puja used to witness 14-15 thousand foot fall everyday. They are expecting people to come and join the fiesta once again. Prashad distribution being another amazing aspect of D.N Nagar Durga Puja, Romeer Sen added ” People usually praise our bhog alot. Like every year this we’re hoping to hear the same from all. We are inviting everyone to visit our D.N Nagar Sarbojanik Durga”

Prime Video unveils Varun Dhawan as the first Prime Bae; now get the inside scoop on Prime Video Before Anyone Else!