Ever since the partition of India and Pakistan the relationship between the two countries have never been friendly. The 1947 partition was witnessed to uproot millions of lives and its shadows of hatred still haunts the two nations. However, defying all the odds, there are many couples who are breaking all the stereotypes created around both the countries and sending the message of love to everyone.

Here is the list of couples who proved to us that love happens organically and borders are just lines:

Shamia Arzoo, a resident of Mewat, Haryana, and Hassan Ali, fast pace bowler of Pakistan Cricket team, met during a random dinner in Dubai. Impressed by Shamia’s honesty, Hassan sent a marriage proposal to her, which was duly accepted. Bidding goodbye to his bachelorhood Hassan tied knot to Indian national Shamia Arzoo in a glittering ceremony in Dubai recently. On Tuesday, Pakistani Bowler shared a small video clip from his mehendi ceremony.

mehndi night in the middle of the desert.

Thanking his supporters, Cricketer posted a photo, writing, “Keep us in your prayers. #HassanWedsSamiya” .

Thanks to everyone for your wishes on this auspicious occasion which is very close to my heart. May Allah bless all the people who have shown love and support to us. Keep us in your prayers. #HassanWedsSamiya pic.twitter.com/eBVbLK2fR6

Earlier, Tennis star Sania Mirza wished the couple on their big day with a quirky reply asking for a treat on Hassan’s photo which read, “Last night as a bachelor..! looking  forward ”.

Congratulations Hassan ❤️ wish you both a lifetime of love and happiness .. this time you’ll have to treat us to more than Nandos though 😅😅 https://t.co/CEXysWNv4F

The love relation which turned into a marriage between the two ace players of both the countries blossomed in Australia. Indian Tennis Queen Sania Mirza whose engagement was called off and Pakistani Cricketer Shoaib Malik, unlucky in love found each other’s support, eventually tying the knot in the year 2010. Last year, the couple became parents to a cute baby boy. Sania and Shoaib are often seen making public appearances and supporting each other in their game.

Zaheer Abbas known as Asian Bradman is a famous former Pakistani cricketer and is still regarded as one of the finest batsmen of Pakistan. Zaheer met Rita Luthra who was studying interior designing in London. Friendship between Rita, who hails from India and Zaheer started in early 1980s. After several years of knowing each other, they both decided to get married in 1988. Post marriage, Rita changed her name to Samina Abbas. The couple now resides in Karachi, where Samina runs her own business of interior designing. 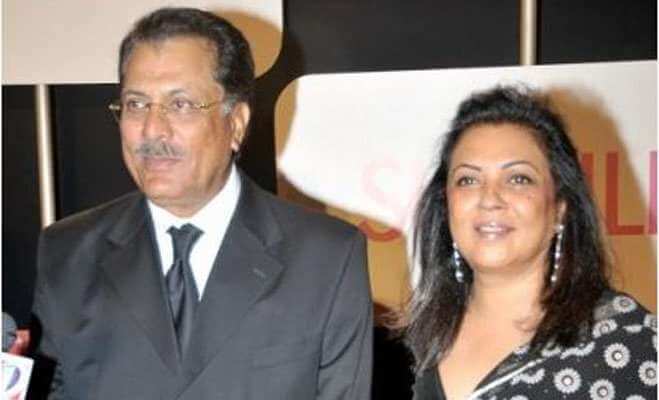 ‘Love knows no reason, no boundaries, no distance’ is indeed true. (Anyone listening?!)

A Dip of Memes With Chai!

Face off For A Mission: Netflix Series Ft. New Duo Of B’town!