Popular Tollywood actor, Vijay Deverakonda who has given tremendous hit films in Telugu cinema is all set for the release of his upcoming drama-action film titled, ‘Dear Comrade’ opposite Rashmika Mandanna. After ‘Geetha Govindam’, the duo will once again be seen sharing the screen together. The film will showcase the love story of the two and how they fight for their love.

And here is an exciting news for all Vijay Deverakonda’s Visakhapatnam fans. Recently, Vijay took to his Instagram handle revealing that the pre-release event of ‘Dear Comrade’ will be held in Visakhapatnam on 24 July, from 7 PM onwards.

Posting one of the stills from the movie in which the duo is seen sharing a romantic moment, Vijay writes, “Vizaggggg! This is a special film
Me daggariki Osthunaa – kaluddamu #DearComrade Pre Release on 24th in Vizag.. #DearComradeOnJuly26th”.

The filmmakers dropped the trailer of the film on 11 July and within a few seconds it took the internet by storm. We have also done an article on its trailer. Just if you haven’t seen yet, take a look now: 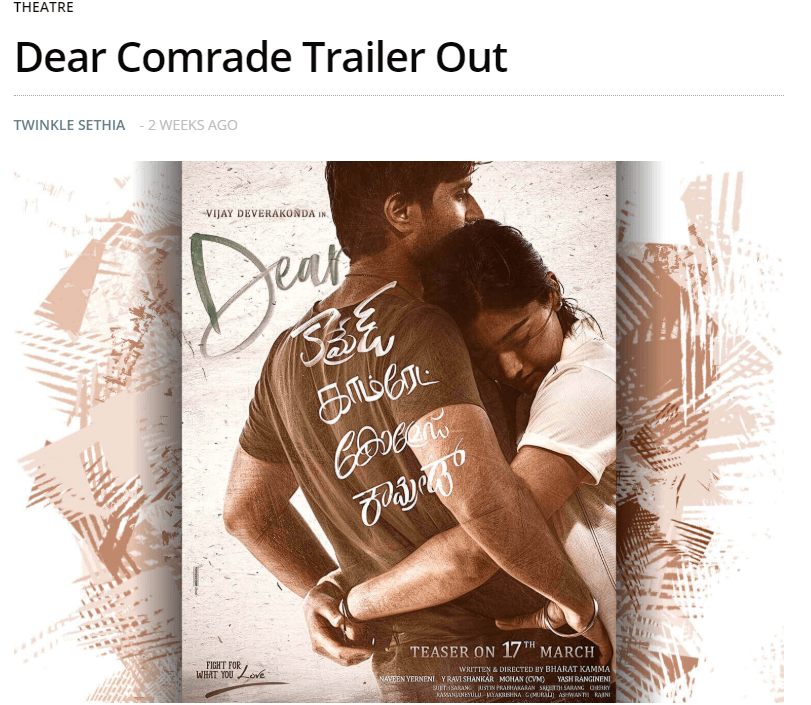 ‘Dear Comrade’ is all set to hit cinemas on 26 July.