‘Dream Girl’ To Have A 5-City Trailer Launch Today

Directed by Raaj Shaandilyaa and produced by Ekta Kapoor, Shobha Kapoor and Aashish Singh, ‘Dream Girl’ is an upcoming Bollywood drama-romance film starring Ayushmann Khurrana and ‘Pyaar Ka Punchnama’ fame actress, Nushrat Bharucha in the lead roles. While you must be thinking that Nushrat will be playing the role of Dream Girl in the film, let us burst your bubble. In the film, Ayushmann Khurrana will be seen as a ‘Dream Girl’ and we know it’s hilarious to see him crossdressing but it’s entertaining at the same time.

Ayushmann Khurrana shared the first poster of the film last year in December as he started his shoot and since then, it has become the talk of the town. In the poster, Ayushmann Khurrana is seen sitting on a motorcycle, dressed in a yellow-coloured saree with a strange expression on his face. Check it out here: 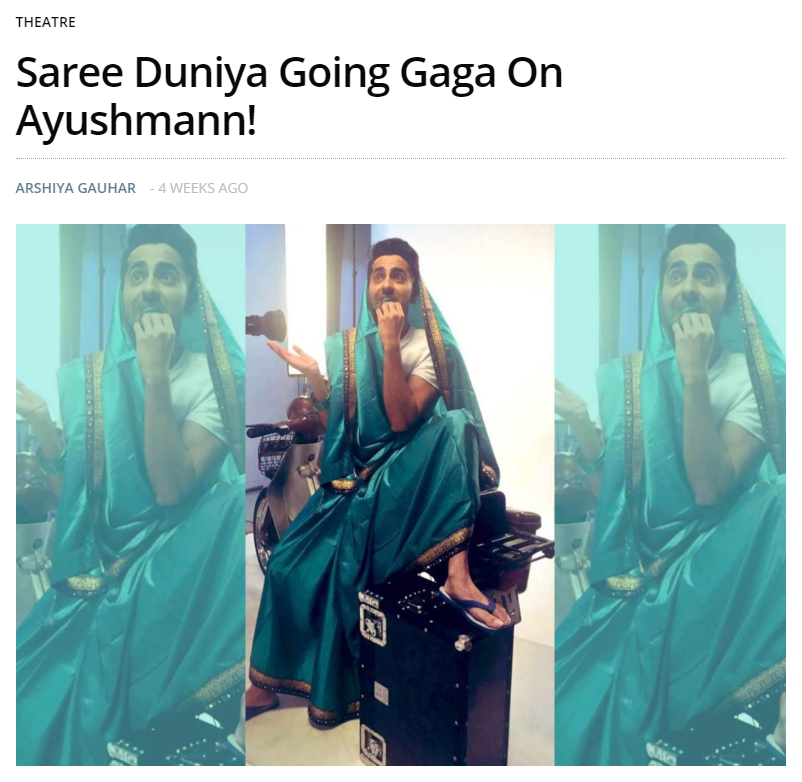 As the shooting for the film has been completed now, filmmakers are all set to launch its trailer. And it’s not going to be a casual launch but a bit different and surprising. Today, Ayushmannn Khurrana took to his Instagram handle to announce that the trailer launch of his upcoming rom com, ‘Dream Girl’ is set to have a five-city trailer launch i.e., Mumbai, Chandigarh, Indore, Jaipur and Ahmedabad.

The film is slated to hit the theatres on 13 September.

Turn Around, Coolie No. 1 Is Here, And So Does Birthday Girl!