An African American Cultural Excursion through the City of San Francisco

African Americans have played a pivotal role in the social, cultural, and economic progress of San Francisco. Today, the influence of the Black community is infused in every fold of the city from local history to the cultural dynamics, music to culinary flavors, and more. Experiencing Black culture in San Francisco is truly a deep dive into its multi-cultural diversity. 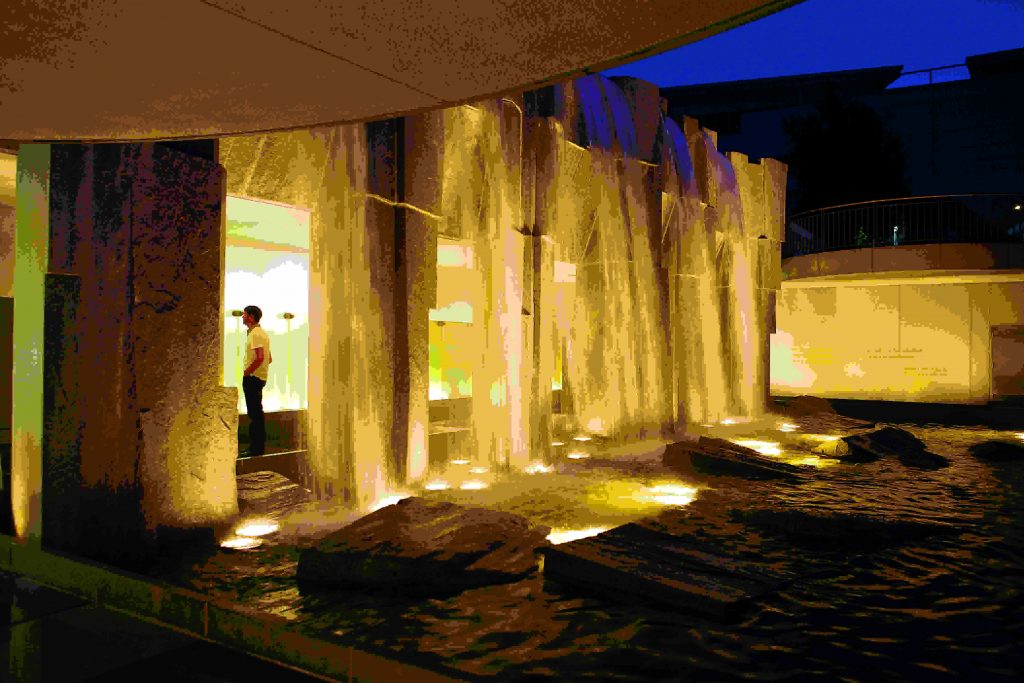 The influence of the African American community in San Francisco is engraved in every layer of the city’s history, art, and culture.

Leidesdorff Street, which runs parallel between Montgomery and Sansome from Pine to Washington, is named after one of the City’s pioneers, William Alexander Leidesdorff. An African American originally from the Virgin Islands, Leidesdorff sailed into San Francisco in 1841 and became a prominent businessman and vital politico, building the City’s first hotel.

Visitors are welcomed by the sound of falling water and the sight of a beautiful, manicured garden to the Dr. Martin Luther King Jr. Memorial, which is located in the Yerba Buena Gardens and a part of the African American Freedom Trail.

Museum of the African Diaspora

Opened on the ground level of the St. Regis Hotel in December 2005, MoAD features exhibits of local and international black history and showcases the history, art, and cultural richness that resulted from the dispersal of Africans throughout the African Diaspora.

Willie Mays Plaza at the Oracle Park entrance is home to 24 (his jersey number) palm trees and a nine-foot bronze sculpture of the African American Hall of Fame center fielder. Stroll along McCovey Cove into China Basin Park and view the larger-than-life statue of another living legend, Willie McCovey. All year-round, baseball fans can enjoy a behind-the-scenes tour of the waterfront park.

It was built in 1888 and is located at the heart of the Bayview Hunters Point district, San Francisco’s most ethnically diverse community. The Opera House in San Francisco’s oldest theater and a registered historical landmark. Today, it is a cultural center in the neighborhood. 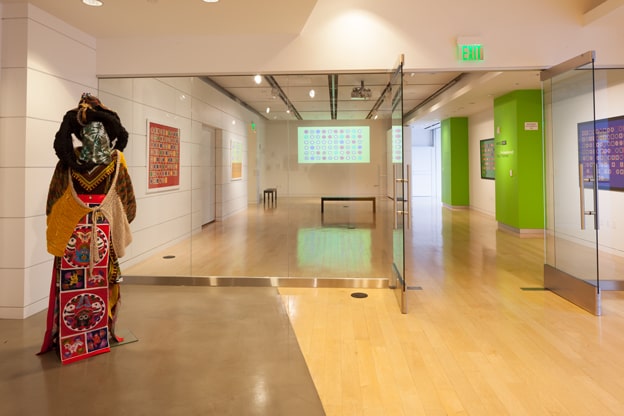 Glide Memorial United Methodist Church is praised nationally for its progressive community projects, and visitors will find a truly multi-cultural choir. For more than 40 years, GLIDE has been breaking down barriers, giving a voice to those who have been silenced, and offering a place for all to come home.

The Coltrane Church’s approach to spiritual expression organically grows from the innovative essence of the music that gave birth to this dynamic, inclusive form of worship. It is a new-age style of fellowship and home for the community of world travelers seeking a cosmic religious experience. 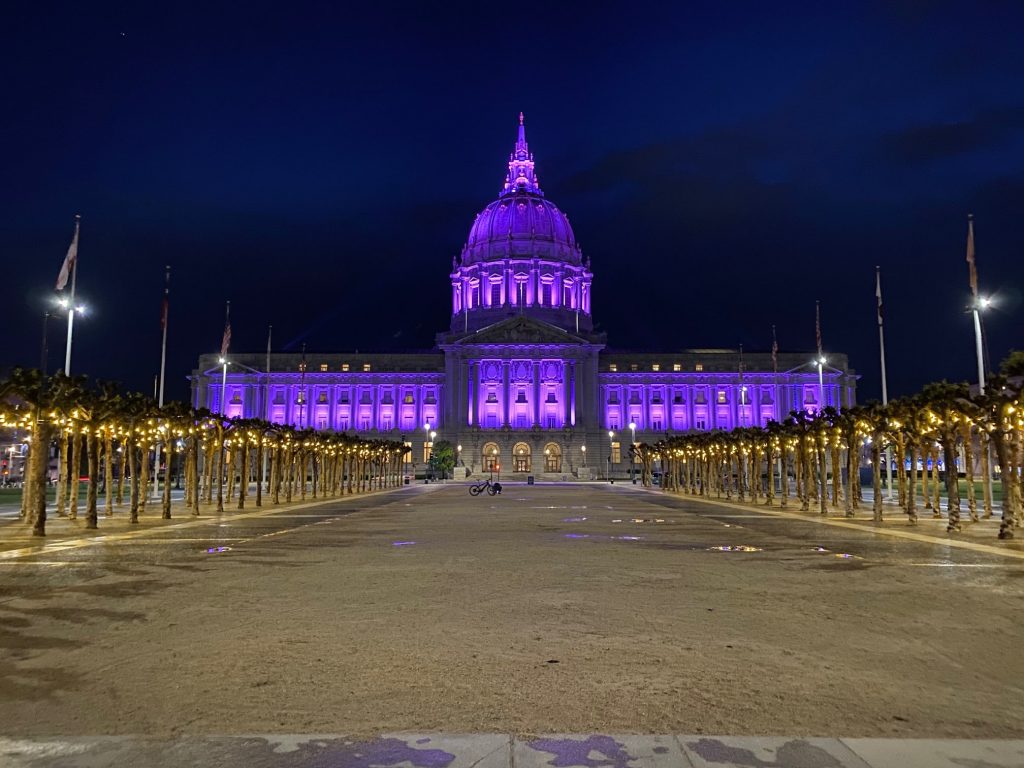 The African American Arts & Culture Complex is a vital resource in San Francisco, adding to the city’s rich culture and diversity. They serve not only San Francisco’s African American community, but also the entire San Francisco Bay Area, as well as tourists. The 34,000 sq. ft. facility houses an art gallery and three art exhibition spaces, a 203-seat theater, a recording studio, a library and archives of African American history, two dance studios, and other multi-purpose spaces.

San Francisco City Hall houses many historical artifacts. The street on which this National Historic Landmark resides is named after Dr. Carlton B. Goodlett, physician, publisher, and civil rights leader in San Francisco.

Influence of the Black Community on Music

San Francisco is and always has been a city of music. From the psychedelic sounds of the ’60s to the boundary-breaking DJs of today, the City by the Bay has a treasured history of performances. Visit these San Francisco music venues where the superstars of tomorrow play the same stages as some of music’s most legendary black artists. 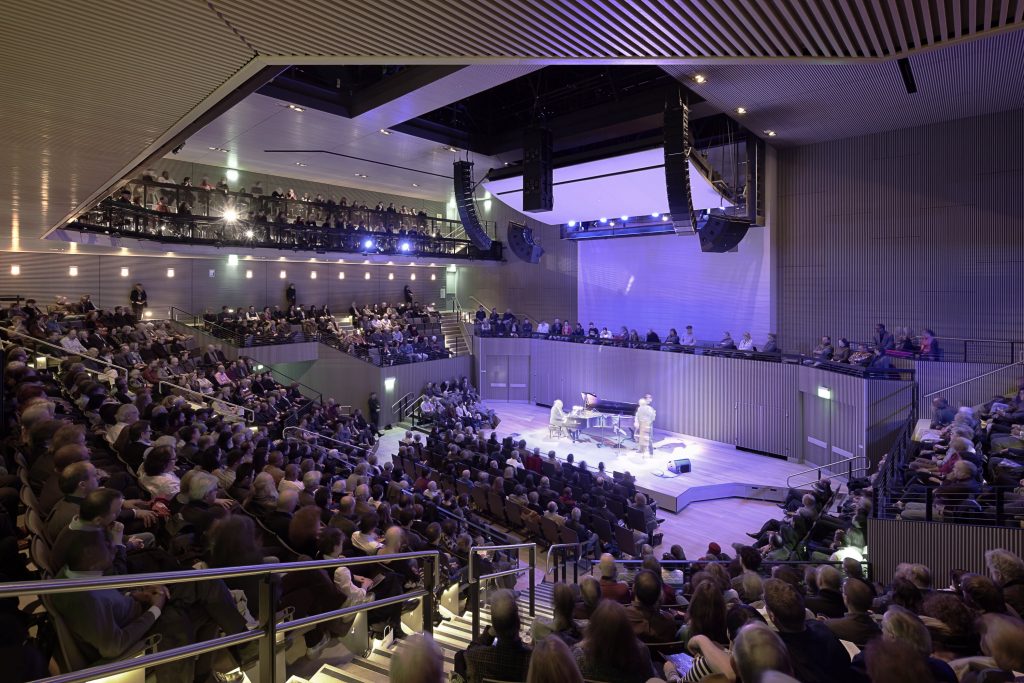 The Fillmore has hosted legends such as James Brown, Ike and Tina Turner, and Otis Redding. Today, the music continues with a packed event calendar that combines new talent and seasoned performers at this iconic building.

Great American Music Hall opened in 1907 as a symbol of San Francisco’s rebirth after the devastating 1906 earthquake. It is the oldest nightclub in the neighborhood, and the décor is reminiscent of turn-of-the-century splendor. Some of the most important black artists of the 20th century have played on this stage, including jazz legends Duke Ellington and Sarah Vaughan.

The Saloon’s history goes back to 1861, making it the oldest bar in San Francisco. Today, the Saloon is known for some of the best jazz and blues in the city. The Saloon has live entertainment every night, and a jukebox to keep the music going when the band is on break.

SFJAZZ has been at the helm of the city’s jazz scene since its founding in the 1980s. Beyond preserving the history of this musical form so tied to the African American experience, SFJAZZ now blazes a trail for the artists of the future in its permanent home on Franklin St.

Among the oldest venues in San Francisco, The Warfield has hosted several great black artists, including Louis Armstrong and Prince. The Warfield brings in all kinds of performers and every style of music. Whether you’re in a seat on the balcony or dancing on the main floor, you’ll have a great concert experience.

The food in San Francisco is one of the best ways to experience the significance of black culture. Black-owned restaurants, around the city’s neighborhoods are continuing to deliver culinary wonders with their menus.

The Bayview area is a cultural and culinary hotspot. Make sure to check out Bayview Bistro with two of the most popular neighborhood pop-ups: Big H BBQ, offering chicken sandwiches and ribs, and Yes Pudding, serving banana and bread puddings in mason jars. Frisco Fried is another restaurant that has everything from catfish to an oxtail dinner special. At Nia Soul, you’ll find African, Caribbean, and Southern influences on the menu.

A youth-run, jazz-themed supper club, Old Skool Cafe is one of the most unique restaurants in all of San Francisco. The menu features comfort food from all around the world. If you want a taste of pop-up history, visit Radio Africa & Kitchen. It’s a powerhouse of California-Ethiopian cuisine that doubles as the Bayview dining scene’s spiritual home. Yvonne’s Southern Sweets is just the place if your sweet tooth can’t be tamed.

Axum Cafe started as a coffee shop and has grown into one of Lower Haight’s most popular restaurants, offering traditional Ethiopian fare. Cafe International, on the other hand, has been around for more than 30 years. Besides the comfy surroundings, Cafe International also hosts jazz performances and open mic nights. Chef Aref Elgaali’s traditional recipes at Z Zoule Café is another must-try.

You can enjoy East African food at Cafe Ethiopia. Vegetarians love the plant-based focus of their menu, while everyone appreciates their generous portions. For some authentic Afro-Caribbean cuisine, pick up a meal at El Nuevo Fruitlandia. Enjoy West African food at Little Baobab. The live music and friendly staff get almost as much praise as what comes out of the kitchen.

Tucked away on a tiny side street a few minutes from Oracle Park is Little Skillet, known for its weekend jazz brunch. Local Kitchen has an eclectic menu, offering everything from fried okra to a burrata salad, pizzas, and yellow curry. Sextant Coffee is the perfect place for a pick-me-up, with its strong brews largely sourced from Ethiopia.

Close to Golden Gate Park, you’ll find New Eritrea Restaurant, serving up homestyle dishes from the Horn of Africa. Closer to the beach, be sure to stop at Sunset Cantina for flautas, tortas, or the Machete: a giant, machete-shaped cheesy taco, stuffed with your choice of meat.

If you are flying from San Francisco International Airport (SFO), make a stop at Farmerbrown, famous for using locally sourced goods to create southern comfort foods like chicken and waffles, seasonal veggie jambalaya, and a full cocktail menu.