Aadyam presents Girish Karnad’s Hayavadana – A Play About The Duality Of Body And Mind, directed by Neelam Man Singh Chowdhry

Aadyam Theatre, an Initiative by Aditya Birla Group, unveils its opening play of this season! 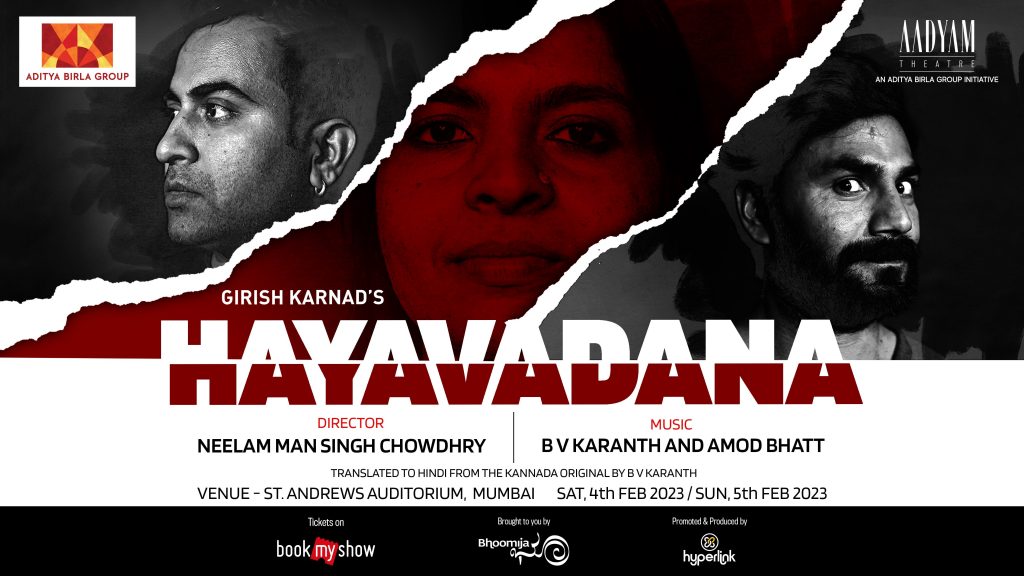 Aadyam Theatre, an Aditya Birla Group initiative, is back on stage after a hiatus of two years! To celebrate this homecoming, they have a bunch of extraordinary plays lined up for us. The first is Girish Karnad’s Hayavadana, a modern Indian theatre classic. It is directed by Neelam Man Singh Chowdhry, one of India’s most celebrated theatre directors. The veteran, a Padma Shri, and Sangeet Natak Akademi awardee, has woven her magic into every aspect of Hayavadana, making it a fitting tribute to the brilliance of Karnad’s storytelling.

Girish Karnad’s Kannada play, translated into Hindi by B.V. Karanth combines myth and folktale, song and speech, humour and pathos, love and jealousy, hope and despair. Neelam Man Singh, with her innovative narrative techniques and powerful stagecraft, sheds new light on Hayavadana. In her rendition of the play, she has taken the creative liberty to comprehend its ending in her own distinct way without disturbing the text. Dealing with notions of individuality, freedom, gender politics, and feminism at its core, the play makes us reflect on our reality.

The play brings together stellar talent both on and off stage. Deepan Sivaraman, one of India’s most sought-after scenographers, helms the visual department, doing enormous justice to a play that is magical at its core. Its music is part of Indian theatre folklore. Neelam Man Singh uses the songs composed by Sri B V Karanth as the base and brings on Amod Bhatt (a close associate of B V Karanth), who brings in extraordinary touches to ensure the group of young, energetic, and well-known singers of today render it in a manner that appeals to everyone. In addition, seven musicians from Punjabi folk music, fondly referred to as the “Singing Minstrels of Punjab,” bring an earthy flavour to the rendering. As for actors, B. Jayashri, Puneet Kumar Mishra, Ipshita Chakraborty, Ajeet Singh Palawat, Pallavi Jadhao, Brinda Chinmay Nayak, and many more proficient actors will be seen performing magnificently.

Speaking of the play, Neelam Ji was quoted as saying, “Girish Karnad’s Hayavadana is among the best of modern Indian plays, one that has always been on my bucket list. It is a play that combines magic, myth, and realism to provide us with infinite theatrical prospects. I have been extremely fortunate to be working with some of the most talented artists in the country, who have been instrumental in making Hayavadana come alive. My approach to the play was the same as with my previous work, that is, to lead with my intuition. It’s about taking that plunge into uncertainty. With Hayavadana, I have been able to experiment with that uncertainty in a much more profound way. It’s a play that greatly speaks to my soul, and I hope that it does the same for the audience too.”

This is a play that will strike the right chords in your heart, keep you on the edge of your seat, make you laugh, and entertain you thoroughly, all while punching holes in the conventional stereotypes of the world we live in. It will give you the courage to seek answers to questions that are otherwise deemed difficult by society. The uncertainty of life is something to ponder upon, a residue that one will leave after experiencing Hayavadana.

Expressing the same, Purva Naresh from Aadyam Theatre’s curation team said, “It will be magical to see Neelam Man Singh’s aesthetics matched to Girish Karnad’s text. Both are auteurs, very responsible socially and culturally when creating their work, and very intense. I think it’s going to be a unique experience for theatre lovers, and for those who will witness either work for the first time, I envy them for the dramatic delights that await them.”

Following several hit productions in previous seasons, Aditya Birla Group’s Aadyam Theatre is ready to awe its audience yet again this year with inspiring and breathtaking plays, the first of which is Girish Karnad’s Hayavadana.

For more details about the initiative, head to www.aadyam.co.in 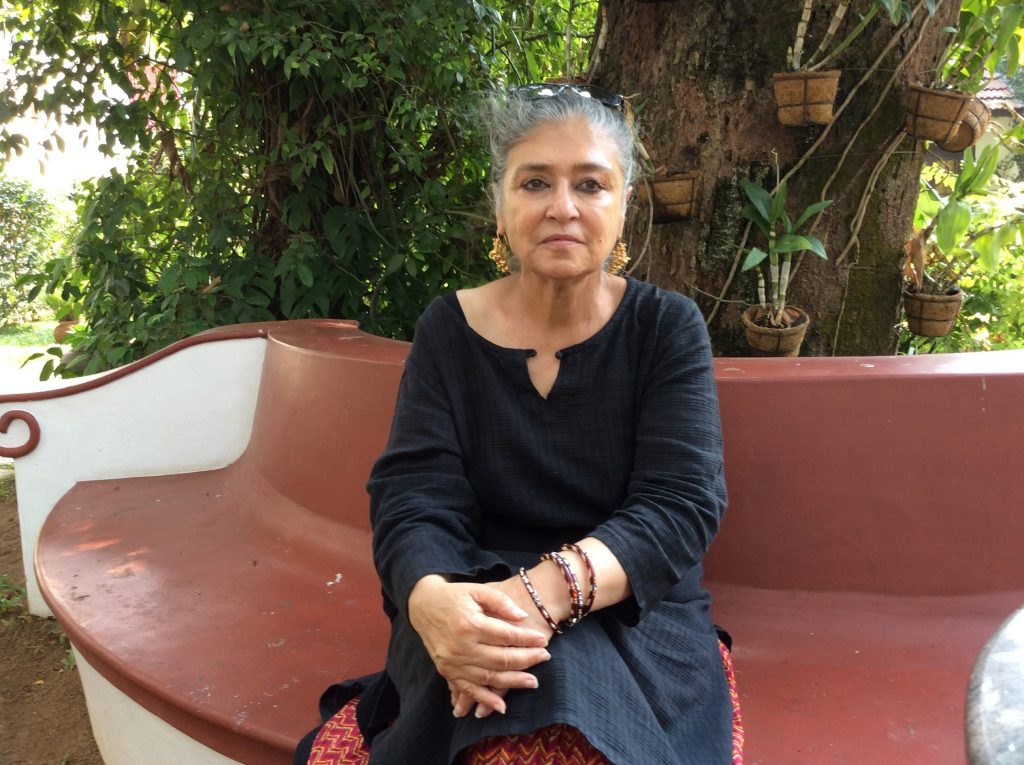 Bhoomija Trust is a registered charitable trust with a mandate to present performing arts in India and abroad. Bhoomija (meaning “born of the earth”) was registered in Jul 2012 and completed ten years in Aug 2022. In these ten years, they have created and presented close to 150 events. Excellence has been the hallmark of their events and have presented maestros in shows that have brought out their best and ensured that everyone involved – artistes, audiences, tech crews and all other supporting functions – are tuned towards delivering excellence. Bhoomija also had the good fortune of presenting artistes of very high repute artists where many of them are Padma awardees and have been decorated with several other honours. From theatre, we have presented works of Atul Kumar, Sunil Shanbhag, Adishakti, Anurupa Roy, Rage, etc. A host of accompanying artistes have been associated with Bhoomija too.

The 44th Jaisalmer Desert Festival 2023, promises to enthrall tourists with an eccentric blend of culture, arts, and festivities.