The man who smoothly transitioned from swimming to golf, Rehan Poncha.

Entering the second innings of his career, Rehan Poncha is the sports star in making.

An icon with a long list of wins, Rehan Poncha has done it all, from representing India at the 2008 Beijing Olympics to Arjuna Award recipient. At 26, he bid goodbye to his 20 years long journey in swimming and now, mulls over a career in golf.

India’s swimming champion, Rehan Poncha is a professional golfer in making. Switching careers, he’s started chalking out his career and is on the path of re-inventing himself by getting better each day in golf. 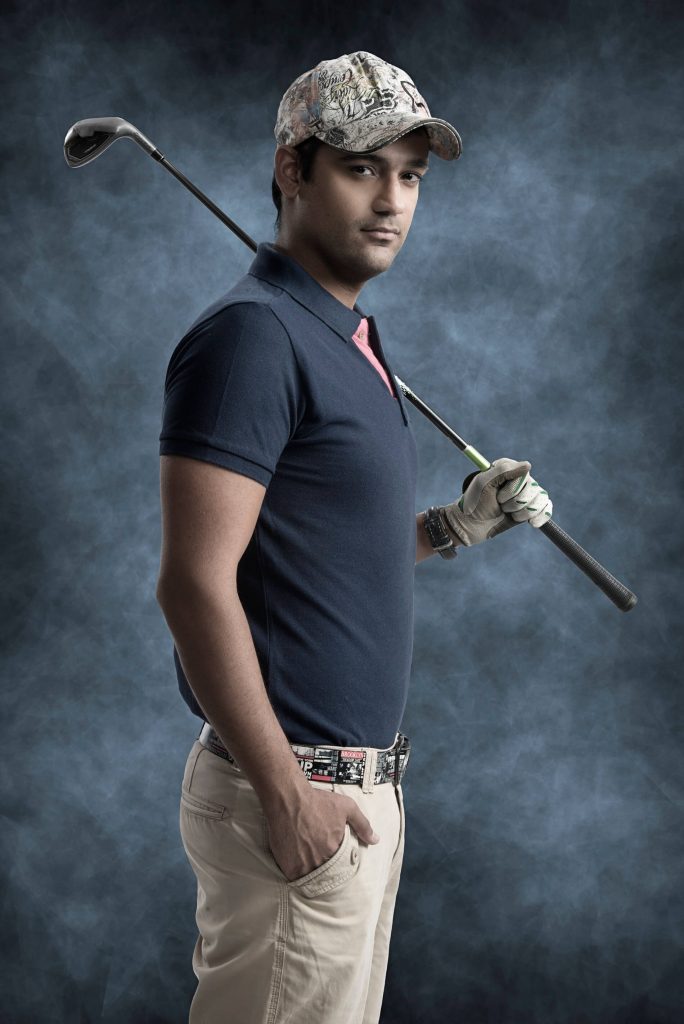 1.How did you get into swimming? Why did you choose this sport over the others?

When I was seven, I had regular bouts of bronchitis and to strengthen my lungs, the doctor advised me to learn swimming. I learnt for therapeutic reasons but was competitive from a young age so it was almost natural for me to pursue swimming.

2.Being an Arjuna Award recipient, how has that experience changed you? What was your and your family’s reaction to this news?

In 2010, I was awarded the Arjuna Award. A feeling of huge pride for my family, coaches and everybody who was part of the journey. We got it from President Pratibha Patil at Rashtrapati Bhavan and my coach, parents, and cousin were present. I’ve won many trophies but this put everything into one nutshell. Till date, it holds number one priority in my trophy stand. It didn’t change me as a person as I continued swimming. Today, I play golf but that is nowhere close to how I swam. It serves as a reminder that I achieved something in my sporting career, keeps me plugged in and adds motivation.

3.Give us a glimpse of your 2008 Beijing Olympics experience.

After 15 years, I realized my dream of becoming an Olympian. The Olympics experience is difficult to put into words. Two moments that I remember till today are walking out with the team at the opening ceremony and you go around the athletic stadium, it’s surreal. Second, my 200m butterfly event where my parents, coach and swimming team watched me from the gallery. Swimming is an individual event but to get to the top, you need a team and I’m lucky enough to celebrate it with them. Also, I have memories with my teammates, living in the Games Village, watching other swim races and seeing Michael Phelps win gold medals.

4.Having a long sporting career, which was your defining moment?

I have three moments. One, I failed to qualify for the 2004 Athens Olympics at 16. But, I chose to continue swimming and work hard, a turning career point. Second, the qualification race for the 2008 Olympics, held in Sydney on 4 July. Being the last day, I had two chances and in the final swim, I made it by less than half a second. Lastly, I’m the only swimmer to win the Best Athlete title across all sports twice in National Games, 2002 and 2007. I think it’s amazing as I defended my title after being part of 12 events. I give myself a pat in the back for my fitness level, swimming 18kms everyday.

5.What is your fitness regime like, take us through the day? How are you staying fit in the lockdown?

I do an hour of cycling, treadmill and core exercises. On other days, its body weight exercises. I workout for two days and rest for one to maintain consistency. I practice golf over video call with my coach where I have a carpet hanging on my balcony and I hit golf balls to learn technicality.

6.Holder of two national records, why did you decide to retire and reinvent yourself at 26? How did that go, what’s your biggest learning?

In 2012, I finished a tournament in Rome and flew to Benguluru. I needed an extended break so I told my coach that I’m shutting down for the season. Moving to Mumbai, I woke up at 5am and quickly realized that I had a void. During this time, my family friend told me about golf and I was a member of the Bombay Golf Club. So, I started spending 7-8 hours daily playing golf and realized that I have been taught to find excellence in whatever I do. Within a month, I took part in my first tournament. For me, I stopped swimming because I was competing and playing sports. So, I never say I retired, instead, easily transitioned.. After a 20 years career, I had peaks and did my best. Yes, there’s always more to do in sports but it’s okay to move to something else and now, I’ve found more goals to chase.

7.Starting the second innings of your life, what’s the transition being like from swimming to professional golf? What were the hurdles that you faced this time?

Right now, I’m an amateur and to be professional, you need to be at a high level. The transition’s been a mixed bag of emotions. Some days, I feel inspired by outplaying experienced guys and sometimes, bad days too. I won my first swimming medal at 15 and know that it takes time but if I don’t see improvement the way I want, my ego takes a beating. I like golf training and unlike swimming where you raced against elements, golf has more mental and technical work. I know that I will win later on, so I’m ready for the challenge.

8.Can you throw some light on your initiative ‘SwimSmart’?

I love swimming but had to stop myself and stay connected to swimmers. I did my first workshop at the Cricket Club of India (CCI) in Mumbai and did another follow-up too. I went to other Mumbai based clubs, did small group sessions or one-on-one for skill sharpening, technique correction and mind preparation before tournaments. ‘SwimSmart’ is a combination of this, consultancy for a big swim team or travelling for mentorship too. With Gitika, we built this brand and kids relate to me as I’m more like a friend. Now, I’m doing it in a controlled way by becoming selective as I need time for golf. I get to work with varied people, it’s my team and that’s a huge plus.

First priority, to compete in the Indian golf circuit and hopefully internationally. I think everything else will happen around this. Sports is always in the center and everything grows around it, whether it’s TV presentation, motivational talks or corporate speaking. Also, I’m passionate about my travel blog with Gitika, ‘Travel with Rehan’. From visiting beautiful destinations and covering them, I want to see more of the world. If I turn professional, winning and competing will take care of many things, especially finances.

10.Any piece of advice for a newcomer into the sport?

Be patient with yourself. Big success takes time, doesn’t happen overnight. Personally, I had to wait for 15 years to become an Olympian, I feel like now, youngsters are impatient and emotional. They set big goals and when it doesn’t happen immediately, they give up easily instead of realizing that you should invest for the long run. Coming down to perseverance, dedication or resilience, give yourself time and keep plugging away to achieve success.

Highlife:The next generation of an iconic timepiece