When Age Is Just A Number

The hottie in town, Milind Soman, recently posted a throwback picture of himself from his early days. The model turned actor captioned it as, “#ThrowbackThursday 1990 😃😃😃 when I used to shave, wear suits and shoes 😋 age 24..”, and the internet couldn’t keep calm.

Soon the actor not only got comments from his fans gushing over the picture but even got a humorous reply from his own wife. Ankita, who is 26 years younger than Milind, responded with a joke saying, “Then entered Ankit”. 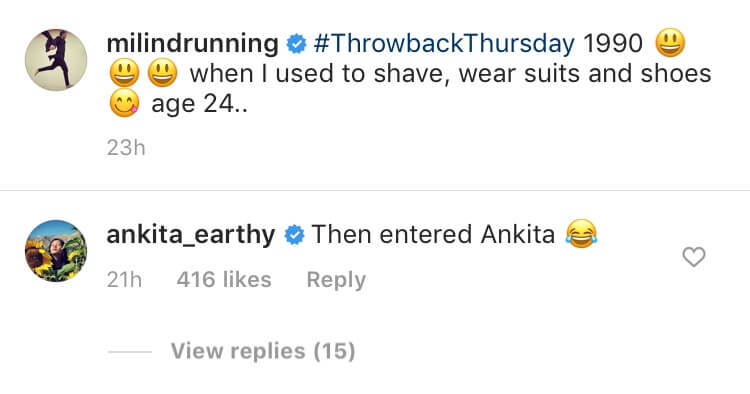 The couple often faces backlash due to their age difference, although we recently saw an ad featuring them, where they were seen taking all the backlash in their own cute couply way. We wish them all the best for their future endeavours.

Cat mother with a soul of storms. Words are like the wind, a light breeze to soothe the suffering or a tempest to kindle revolutions.