Shooting Of ‘Pati Patni Aur Woh’ Back On Track

In an upcoming film Pati Patni Aur Woh, Kartik Aaryan, Ananya Panday and Bhumi Pednekar will be sharing screen space for the first time. It is a remake of the 1978 film with the same title, starring Sanjeev Kumar, Vidya Sinha and Ranjeeta. 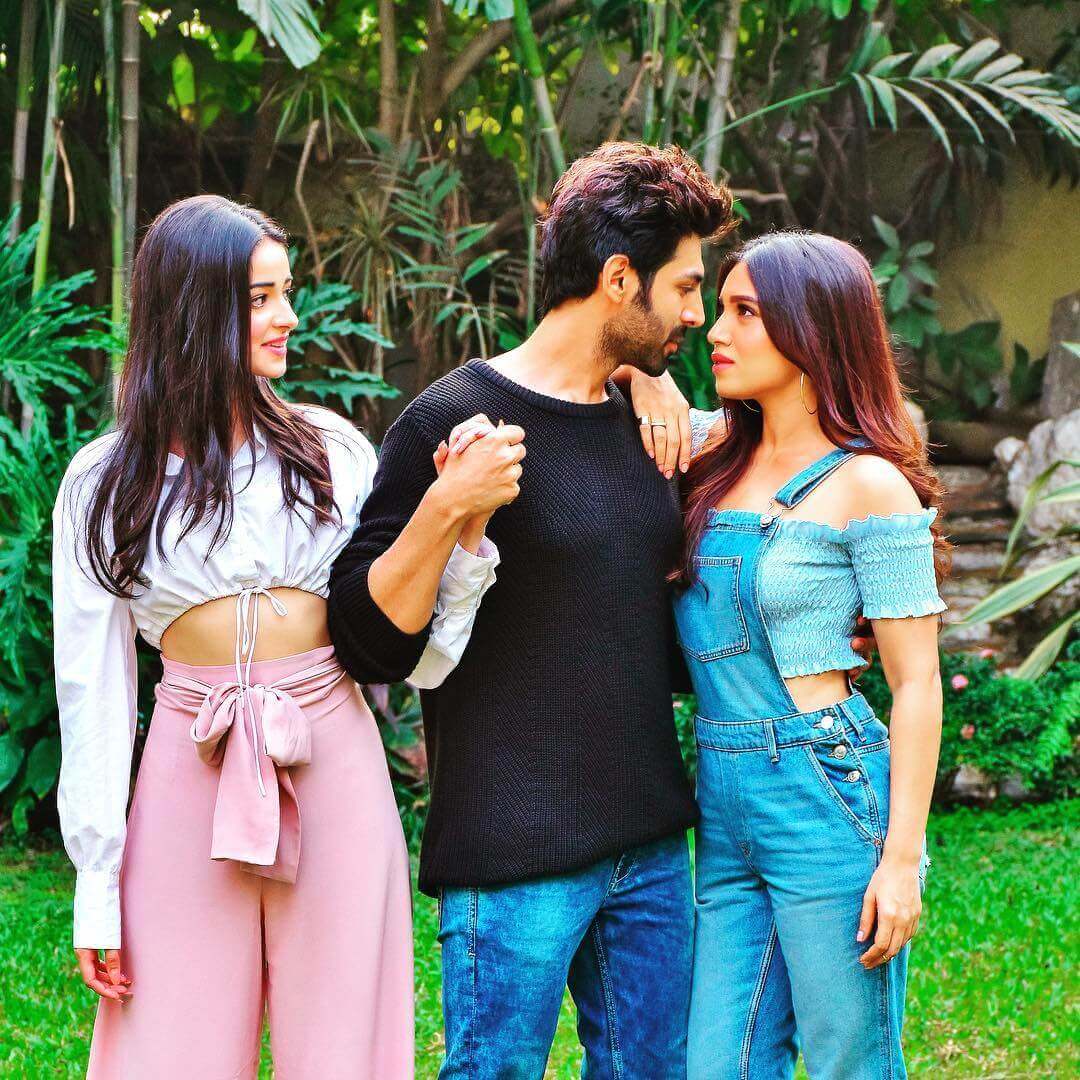 The shooting of the movie started a few days back with Ananya Pandey sharing the picture of the first day of the shoot, on her social media account, captioned, ‘woaaaah!!!! 😉🙏🏻❤️🎬  #PatiPatniAurWoh #SuperBlessed #NewJourney #FirstDay’

While Bhumi has already started shooting for the movie in Lucknow, Kartik Aaryan took off to the city of Nawabs with Ananya Panday to kick start another schedule.
The Luka Chuppi actor, took to Instagram to share a picture of himself, posing in all black outfit. He wrote alongside the picture, ‘‘#ChintuTyagi chale #Lucknow !! ✈ #PatiPatniAurWoh Kal se ❤

For this film, Kartik has turned from his usual boy next door look to a simple guy wearing a shirt and trousers, all this transformation for the role of Chintu Tyagi. A few weeks back his look was revealed by the director, Mudassar Aziz on his Instagram account, saying, ‘The character I created comes to life!!! Proud to bring you YOUR @kartikaaryan like you’ve never seen him before! #PatiPatniAurWoh ‘

The character I created comes to life!!! Proud to bring you YOUR @kartikaaryan like you’ve never seen him before! #PatiPatniAurWoh @bhumipednekar @ananyapanday

Ananya who has jetted down to Lucknow too, uploaded a picture saying, ‘kebabs > kebab mein haddi #PatiPatniAurWohMood #FirstDay#WishMeLuck ❤🏻✨🎥’

This upcoming romantic comedy movie is locked to hit the screen on 6 December, this year.

End of the Era of Beetles!

Made in India Apple to Hit Stores Next Month