Bollywood actor, Ranveer Singh has established himself as India’s Bankable Star by giving back to back hits over the past few years, on the Box office. He also has regularly grabbed attention for his outlandish wardrobes which he carriers confidently, surprising the media and his fans.

Ranveer is known to often amuse his fans, by his weird and funny posts on social media. Today, the actor took it to his Instagram handle, sharing a series of selfies. The photos are about different looks experimented by him over the years, through his various movie characters or his media appearances. He also has asked his fans, “Which dude selfie game is the strongest?” 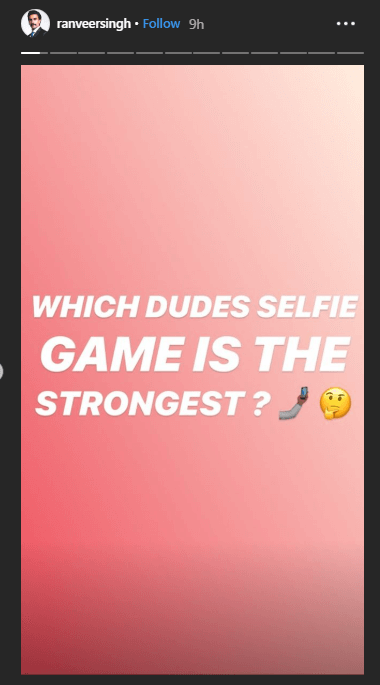 In his Instagram stories, he has shared his look from the sets of ‘Padmaavat’ movie, as Alauddin Khilji which is regal yet fierce. His other look is from the Rohit Shetty’s directorial movie ‘Simmba’ where he played the role of a cop Sangram Bhalero.

Murad character, played by Ranveer in the much-acclaimed movie of this year ‘Gully boy’ shows the hopes of people hailing from the largest slum area of Dharavi, Mumbai. The actor has also put up a picture imitating the world-famous comic actor ‘Charlie Chaplin’, captioning it as ‘Jaali Chaplin’.

Ranveer next shared the photo of his bald Bajirao Peshwa look from his one of the best movies ‘Bajirao Mastani’ where the actor shared the screen with Priyanka Chopra and Deepika Padukone. Kabir Mehra‘s chocolaty look and confused career status in ‘Dil Dhadkane Do’ also brought Ranveer huge love from his fans.

Next, he shared a selfie from the movie ‘Finding Fanny’ where he was Giddy Gabo, the dead husband of Deepika Padukone. Gunda Bikram looks from the sets of ‘Gunday’ movie is also there.

The actor further added his selfie from ‘Goliyon Ki Rasleela Ram-Leela’ movie set captioning it as ‘Saxy Buoy Ram’. Well, Ranveer’s treat of selfies does not end here, he also shared a picture from an ad shoot calling himself as ‘Handsome Laddu’.

To wrap this up Ranveer posted a grumpy selfie from salon referring it as his real life. 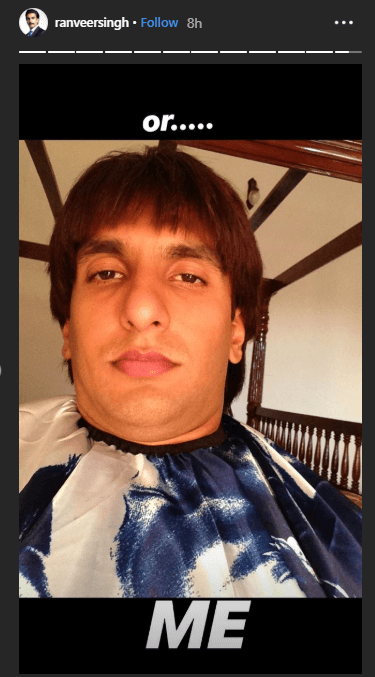 Brace Yourselves, Kiara Advani Is Here!