From bringing the maiden cricket World Cup to India and becoming one of the most astute and iconic players, Kapil Dev has etched his place in the history of sports. Being an inspiration for many, this Haryana Hurricane has made each and every cricket enthusiast copy his style of batting and his Natraj pose is as famous as him.

Now, a new name has been added to that list and it’s none other than Bollywood actor Ranveer Singh. His upcoming movie ‘83’ is a biopic on Kapil Dev’s life and the actor took lessons from Kapil himself to portray the player perfectly.

As the shooting for the movie got over, Ranveer’s fan, as well as Kapil’s fans are eagerly waiting to see the story of their favourite hero on-screen and Ranveer being a true entertainer never lets his audience down.

His effort garnered huge appreciation from Bollywood, with Ayushmann Khurrana calling him a champion. 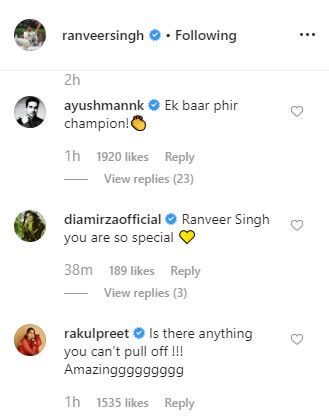 Legendary player Kapil Dev too took notice of it and shared the same image on his official social media handle. He wrote, “Quite impressive @ranveersingh .. hats off!” along with the picture.

Quite impressive @ranveersingh .. hats off!

For All The Single Mothers!