Veteran actor Johnny Lever’s daughter, Jamie Lever, is making her acting debut as a lead with Kabeer Khurana’s short film ‘Cuddles’. Starring Jamie Lever, Viveck Vaswani, Komal Chhabria and produced by Raakesh Desai, Cuddles will be streaming live on Disney+ Hotstar from the 3rd of December. Cuddles is based on a short story by Larissa Theule (Kafka and the Doll). It is written and directed by Kabeer Khurana and co-written by Avirat Parekh. 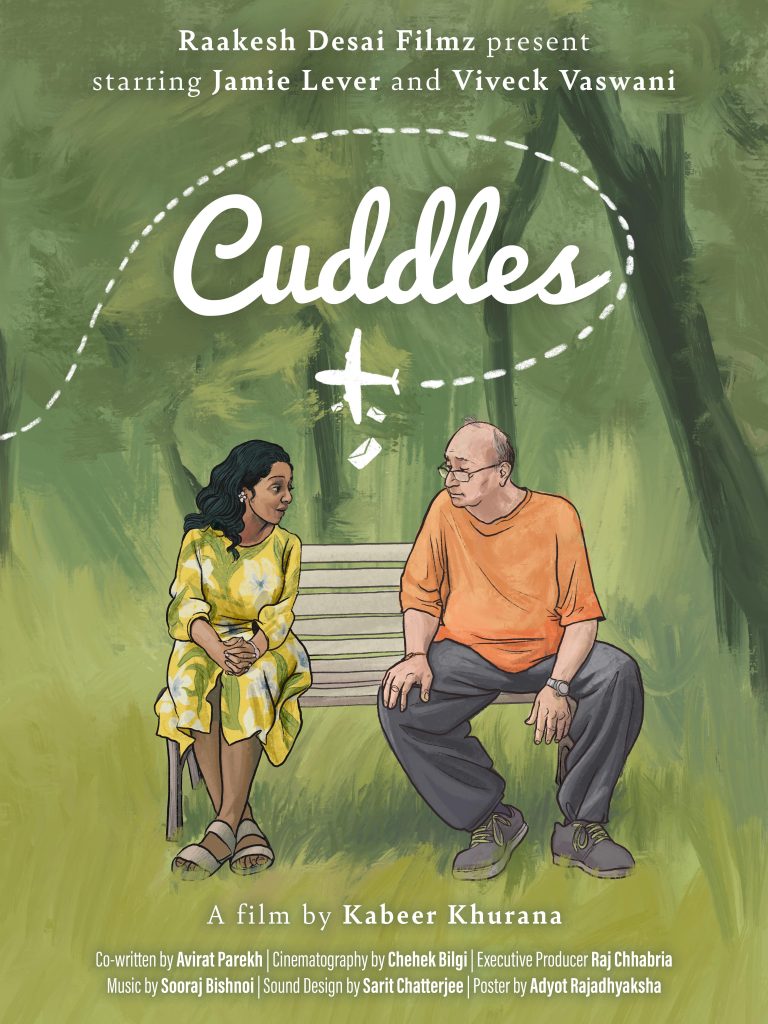 Talking about Cuddles, Jamie said, “I was sold on the script when I met Kabeer and understood his vision as he narrated the story to me. It was difficult for me as I have always done comedy and this is a very unique project, very subtle, very real, from the heart, different from all the other things I’ve done in the past. I was just excited to play a fresh and refreshing character. When it comes to comedy you can go over the top and be loud with your performance but when you have a subject like this, you have to really be subtle, heartfelt and underplay to bring out those deep emotions. Kabeer was extremely helpful. We did a couple of readings and he made me realize how you can touch those emotions and bring that out in the scenes. Overall, I had a wonderful time working with Kabeer and the entire team, a young energetic and motivated batch, so sure of what they wanted to do. I also like that Kabeer incorporated a little singing which is one of my strengths. I got to sing live and record my own songs which is a great opportunity”.

Speaking about his choice of actors, Jamie and Viveck, Director Kabeer Khurana said, “Casting for short films is always challenging. Since shorts don’t have a market, the effort is always to not just cast a competent actor who fits the look of the character but who is also a known face to gain the right visibility online. A lot of names were thrown into the mix, Jamie’s and Viveck’s names also came up. My mom was a big fan of Jamie’s stand-up and online content and I thought it would be interesting to have her break the stereotype of just being a comedian, to being a nuanced & emotional performer. I felt that she had been unfairly pigeonholed and she was incredibly versatile. The film captures her diverse talents and she also sings a song in the film which plays over the end credits! Casting for Viveck was equally challenging. We wanted to get an actor who could bring in that warmth, innocence, simplicity and age-old wisdom and Viveck was absolutely the right fit. Incidentally, he had also acted in a small role in my dad’s film (in 2010) and when I called him, he agreed instantly! It was an honour to work with both Jamie and Viveck. Apart from being great actors, they are wonderful, friendly people and I would love to work with them again. We’ve had some great conversations.”

Viveck Vaswani is a veteran actor, director, producer and educationist who plays a critical role in the film. Speaking about his role in the film, Viveck said, “When Kabeer approached me for Cuddles, I was very happy to be part of it. Even though now I am in education, working as the dean of the school of contemporary media at Pearl Academy. Nothing gives me greater joy than being able to act, to top it all it’s a warm script which is the need of the hour.’

Producer Raakesh Desai shares, “Cuddles has reignited my creative thirst. In contrast to my experience in the banking industry, this is a different learning opportunity and a way to contribute to cinema. Working with highly talented people like Kabeer, Jamie, Viveck, Komal and the production team made the experience even more enriching. The story is short and sweet, simple, and relatable.”

“Cuddles is a story about hope and we are confident that in such harrowing times, the project will connect with the audiences even more than it normally would.” added writer-director Kabeer Khurana. Kabeer is a 15-time international award-winning filmmaker who has earned a Filmfare nomination for his last project titled Suttabaazi.