Within its 1,000-plus acres, Golden Gate Park contains some of San Francisco most famous and most visited attractions; but there is still plenty to see that you might not know about yet. Here’s a list of Golden Gate Park’s hidden treasures.

Why visit a home on the range when you can see real buffalo roam right here in Golden Gate Park? See these majestic creatures in an open, safe habitat along John F. Kennedy Blvd. The herd has grown recently; in 2020, five new baby bison were added to the group.

Standing at 75 feet tall, the north windmill was originally constructed in 1902 to pump water. Today it’s known for the thousands of colorful tulips that surround the historic landmark in the northwest corner of the park. The windmill is worth a visit anytime, but tulip time (February and March) is the best. A second windmill, the Murphy Windmill, is in the southwest corner of the park. 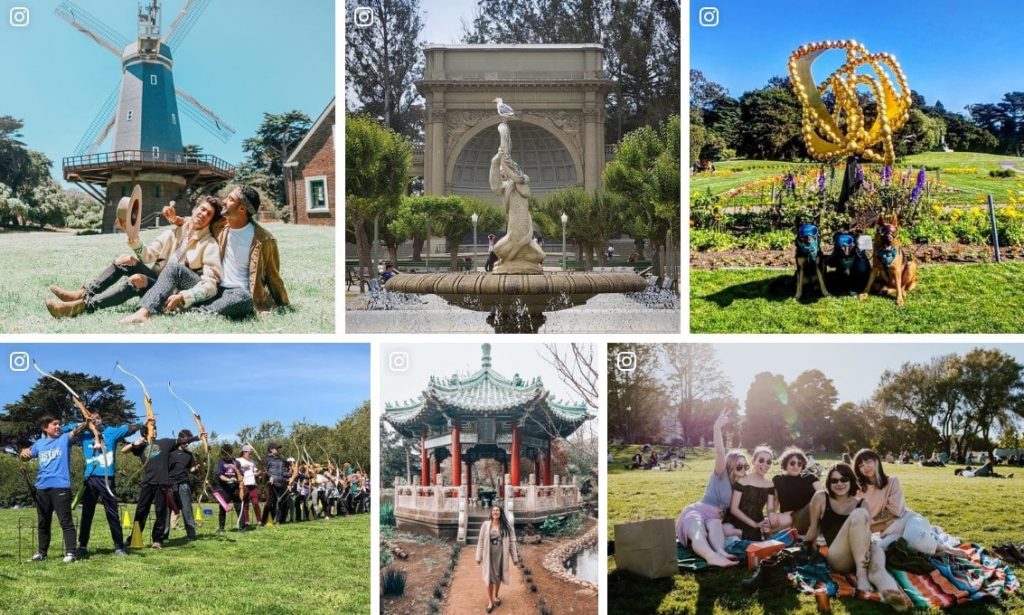 Located steps from the Pacific Ocean on the west side of the park is the Beach Chalet. Stop by for a lunch, dinner or drinks. Come out for Taco Tuesday, featuring live music from 6:30 to 9:30 p.m., cheap tacos, handcrafted beers and half-price margaritas. The Spanish Colonial architecture and history associated with the building (formerly a changing house for beach frolickers) is worth checking out, too.

In the 1930s, colorful lights were installed to illuminate this beautiful waterfall, giving it its name. The falls greet visitors as they enter and exit the park near Crossover Drive. If you’re up for a hike, check out the Prayerbook Cross near the top of the waterfall. Dating back to 1894, the Celtic-style landmark is the tallest in the park.

A pristine man-made lake located in the heart of the park where you can rent a boat from the Stow Lake Boathouse. The surrounding views and grounds are gorgeous. The boathouse café sells food, snacks and drinks to keep you going throughout your park adventure. It’s a lovely place to spend the afternoon.

Situated in the middle of Stow Lake and measuring 430-feet-high, the island is the highest point in the park. Take the Rustic Bridge or the Roman Bridge on either side, and hike to the top to see a stunning view of Mt. Tamalpais and the Golden Gate Bridge. Don’t forget to meditate at the Golden Gate Bridge Pavilion, a Chinese temple-like structure that was a gift from the city of Taipei to commemorate early Chinese settlers. Take the southern bridge to get there. You may never want to leave.

One of San Francisco’s biggest music festivals, Outside Lands, brings thousands of people to Golden Gate Park and, specifically, to these two meadows every August. You can head to these grassy patches any time of the year for a nice picnic, a sweet outdoor nap, or a game of frisbee.

A favorite attraction for all ages, Spreckels Lake is the perfect place to stroll, jog, bike, or read under the Monterey Cypress trees. Keep your eyes peeled for frogs, turtles and fish among the model yachts. 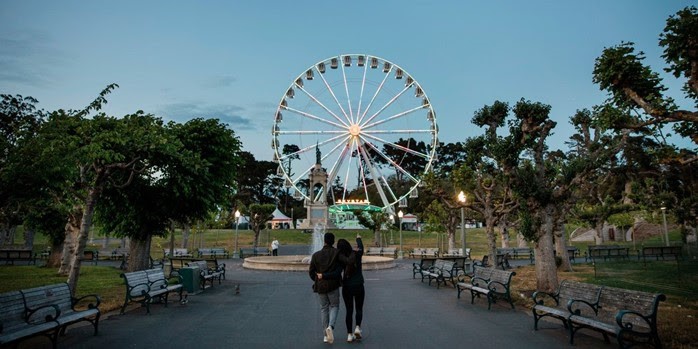