ITC Windsor recently hosted the Regional Spotlight Awards, Bengaluru Edition which was organized in a pursuit to recognize all the associates who had been nominated for the Spotlight Awards held at New Delhi. A total of 3 hotels participated in this event including ITC Windsor, ITC Gardenia and WelcomHotel Bangalore. 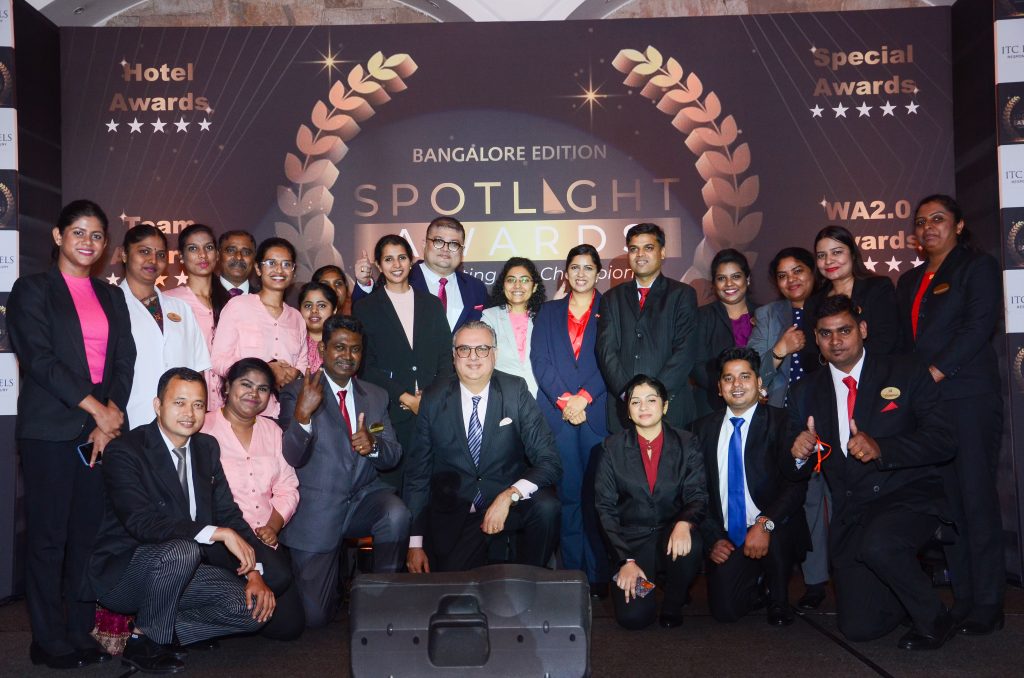 As part of Aspire process which is a structured appreciation vertical at ITC Hotels; the idea was to inspire and motivate colleagues to create exceptional moments of truth. 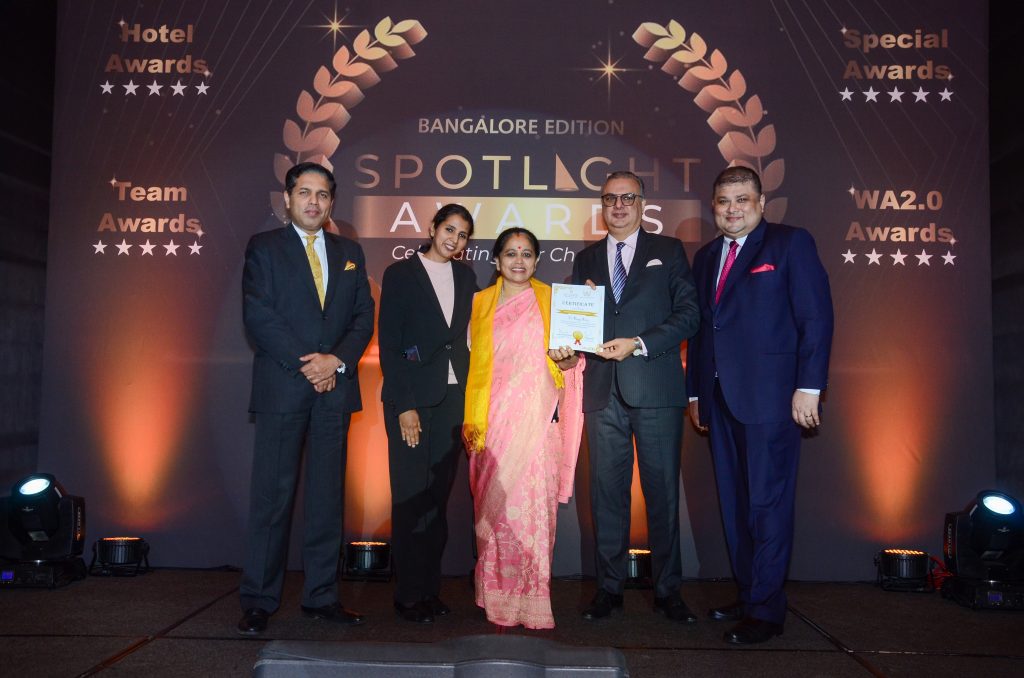 Shweta Pillai Head HR ITC Windsor along with Resham and Anindita-HR Leaders from ITC Gardenia were key pillars of planning and executing the event well supported by Pravin Kumar-HRM from WH Bangalore.

Amandeep Kaur-GM WH Bangalore spoke on the importance of Aspire to set right examples  for colleagues to follow along with Manas Krishnamoorthy who gave the Vote of thanks for a well-planned event that gave a smile to the colleagues.

The Spotlight turned on the colleagues with their cell phone torches as it was also time to stay thrilled with the consistent performance of Bangalore hotels making it great hotels to work for.

The event set the tone for colleagues to also use more WOW cards to appreciate each other and get set for the next big spotlight event.