Delhi and Agra, among the most densely populated cities in the world, have been the seats of power and empires, along with Fatehpur Sikri, for more than a millennium. The three cities are also home to six majestic UNESCO World Heritage Sites, namely the Qutb Minar, Agra Fort, Humayun’s Tomb, Fatehpur Sikri, Taj Mahal, and Red Fort. 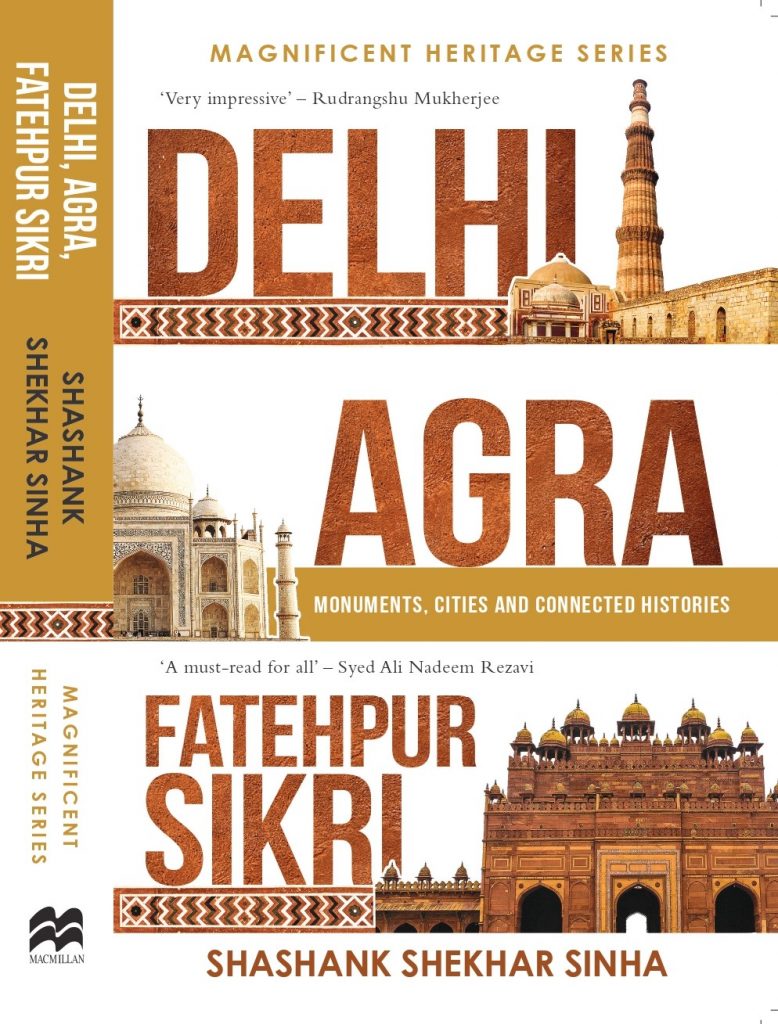 Departing from existing studies on the subject of Indian heritage sites, the book explores the interconnected, interlocking histories of these three imperial cities and the monuments within them. Along with a richly illustrated history from around the 12th century to the 18th century, which marked the transition of power from Rajput states to the Delhi Sultanate to the Mughal empire, it brings together diverse perspectives and the latest research from history, architecture, archaeology, art history, and heritage studies.

Packed with intriguing and little-known stories about the monuments, such as how the myth of Black Taj came into being, stories about the evolution of tombs in Islam, how Red Fort became the site of our Independence Day celebrations, and many others – busting several myths around the sites along the way – the book takes us on a journey from the pillared galleries of the mosque at the Qutb Minar complex, the majestic double dome of Humayun’s tomb, the bastions of the impenetrable Agra Fort, the picturesque pavilions at Fatehpur Sikri, the tapering minarets of the Taj Mahal, to finally the Mughal court of the Red Fort, giving us the full measure of their dazzling grandeur.

This is a book for lovers of history, art, architecture, and storytelling. It has already received high praise from renowned scholars and historians, including Rudrangshu Mukherjee, Rana Safvi, Syed Nadeem Ali Rezavi, and Swapna Liddle.

‘Very impressive … It will enrich the understanding of those interested in the history not only about these buildings but also more widely about historical monuments and their preservation’ – Rudrangshu Mukherjee, Chancellor, and Professor of History at Ashoka University

‘The first real attempt to bring historical sites and buildings of the past within the reach of the masses … A must-read for all’ – Syed Ali Nadeem Rezavi, author of Fatehpur Sikri Revisited

‘Offers an excellent academic–public interface for the study of monuments, the cities in which they are located, and their extended geocultural connections’ – Rana Safvi, author of The Forgotten Cities of Delhi and Shahjahanabad

‘A book to be read several times, in different ways’ – Swapna Liddle, author
of Connaught Place and the Making of New Delhi