Thanks to the state’s year-round fruit and vegetable harvests, 840 miles of bountiful coastline, and innovative chefs championing cuisines from around the world, California is tough to beat when it’s time to tuck into a meal. Which makes this—narrowing it all down to a mere dozen highlights—a daunting task. Luckily, we found some very qualified help: Farley Elliott covers restaurant culture and food news as the senior editor at Eater LA. He’s also the author of Los Angeles Street Food: A History From Tamaleros to Taco Trucks. Here is his list.

Sacramento
California produces one-third of the nation’s vegetables, two-thirds of its fruits and nuts, and 90 percent of its leafy greens—which means you don’t have to try too hard to find extraordinarily fresh food. Nowhere is that more evident than Sacramento, the state capital, which sits at the apex of the ag-centric Central Valley. Easy access to this abundance, along with a deep roster of talented chefs, make this up-and-coming city an essential culinary destination. Localis stands tall as a bastion of the farm-to-fork movement, relying on micro-seasons and farmer relationships to change its menu almost daily. Many others, including Magpie Cafe and The Waterboy, follow a similar approach—much to the delight of locals.

Marshall
The venerable Hog Island Oyster Co. sits at the eastern edge of Tomales Bay, northwest of San Francisco in Marin County. The salty, calm waters are perfect for oyster beds, and even more perfect for a weekend visit with a crisp, local Chardonnay in hand. Hog Island’s Boat Oyster Bar, located right on the water, is an ideal setup for couples or small groups who want to go deep on seafood. The menu is far from robust (mostly just oysters and other ancillary items), but that’s the point: shuck, grill, sip, and enjoy the breeze. This is a working oyster farm, so watch as workers pack crates of the bay’s bivalves to distribute across the region to outposts like Swan Oyster Depot in San Francisco.

San Diego
San Diego may be best known for a world-class zoo, pristine beaches, and excellent beer, but there’s something else you need to know: The fish tacos are fantastic. Thanks to its proximity to Baja California, this is a hotbed of Mexican seafood shops that specialize in fish tacos, served hot out of the fryer with zippy slaw, lots of salsa, and wedges of lime. El Zarape is the taco stop of choice for local college kids, while families and surfers alike hit Pacific Beach Fish Shop located just a few blocks from the water. For the hands-down best, you’ll be hard-pressed to beat the freshness of Blue Water Seafood Market in Mission Hills. Want even more tacos? Go on the Southern California Taco Tour Road Trip to sample from Los Angeles to San Diego.

Everywhere
It’s hard to overstate the importance of In-N-Out to local life. Stopping in for a Double-Double (two beef patties, two slices of American cheese, secret sauce that hasn’t changed since 1948) is a true California staple. Toss in the photogenic intertwined palm trees out front and a not-so-secret menu making for endlessly personal modifications, and you’ve got a fast-food experience that always feels special. Notable: The founding Snyder family actually invented the two-way speakerbox, thus creating the modern drive-thru and forever changing the way we eat.

Santa Ynez Valley
Picture-perfect Los Alamos has risen to the top of the Central Coast food scene. The tiny town (pop. 12,019) boasts a main street bursting with flavor, including Bob’s Well Bread, an acclaimed bakery; Bell’s, a cozy California bistro run by New York City fine dining expats; and Full of Life Flatbread, a timeless home for local wine and wood-fired pizzas. This tiny idyll is minutes from some of the best wineries in the state, and still retains its rustic farm charm, despite being right off the freeway.

Los Angeles
Local food trucks have a decades-old history in L.A., though hip newcomers like chef Roy Choi’s Kogi BBQ trace their roots back only a decade or so. Today, these colorfully painted rigs emerge from parking spots all across Southern California, making them an indelible part of both the dining and cultural landscape. No trip to L.A. is complete without a late-night run for tacos from a nearby truck. Every neighborhood has a few, though Tacos Leo in Mid-City and La Isla Bonita in Venice count themselves among L.A.’s best. Plan to spend $1 or $2 for carne asada or suadero tacos, and if you see carnitas on the menu, get it. Find even more tasty Southern California options with these taco recommendations from a food writer.

Santa Maria Valley
Cooking over smoke and flame is a timeless human tradition with endless regional variability. On the Central Coast, that means leaner cuts like tri-tip and linguica sausage, a heritage that traces its roots back to the early vaqueros who traveled north through Mexico hundreds of years ago. This type of cooking is now known as Santa Maria–style BBQ, named after the picturesque valley in Santa Barbara County. There, weekend grills fill up fast with abundant red oak logs, particularly at places like Jocko’s in Nipomo, which sits conveniently next to a cattle-grazing area. For a truly retro version of this cuisine, head to Cold Spring Tavern in Santa Barbara—and prepare to wait in line with lots of locals.

San Francisco
One of San Francisco’s biggest culinary draws is found in the Mission District, home to the city’s signature burrito style. The thriving neighborhood is alive most nights with locals and tourists merged together en masse to enjoy places like La Taqueria or rival El Farolito, where famously overstuffed burritos come loaded with meat (usually carne asada), beans, rice, salsa, guacamole, cheese, and more. While the West Coast’s original burritos have a rich tradition that spans the length and history of California, these Mission-style treats are unique to the city, and

a part of weekday lunch culture as well as the late-night food scene. Late food critic Jonathan Gold once called them “monstrous things wrapped in tinfoil.

Garden Grove
Orange County is a haven for Disney devotees, beachgoers, and anyone interested in fantastic Vietnamese food. The Little Saigon district is a collection of restaurants and shops in The OC’s Garden Grove area, home to 200,000 Vietnamese people and enduring restaurants like Pho 79, winner of a 2019 James Beard Foundation Award for longstanding culinary excellence. Restaurants run the gamut from family banquet halls serving spring rolls to smaller spots specializing in regional delicacies like mi quang, the central Vietnamese noodle dish found at places like Ngu Binh Restaurant in Westminster.

10.Splurge on a Michelin Meal

Throughout California
Sometimes you just want to experience a blowout meal—and there are few places in the world that offer more options than California. In 2019 Michelin released its first-ever statewide guide, bestowing at least one coveted star on 90 restaurants, including spots in SanDiego (Addison), Mendocino County (Harbor House), and Sacramento (The Kitchen). If you want to go all in and enjoy a three-star feast, the Golden State offers seven over-the-top options, including Thomas Keller’s Napa Valley flagship, The French Laundry, and Dominique Crenn’s San Francisco shrine, Atelier Crenn. Pro tips: Book weeks or months ahead of time, bring your wallet, and don’t eat a big lunch that day.

Throughout California
California car culture is the stuff of legend, with a winding jaunt along Highway 1 or a top-down trip to the mountains part of local lore. Often, the best part of the ride is an impromptu stop for roadside produce, either at small family stands on the Central and Northern coasts or at more heralded destinations like Casa de Fruta in Hollister, just east of Gilroy. The 24-hour stand offers rows of locally grown, just-picked harvest. After all, a true California road trip isn’t complete without a pint of freshly cut fruit from a roadside vendor, served with a shake of slightly spicy Tajín seasoning on top.

Northern California
California’s coastline is a bounty that knows no bounds, and Dungeness crab has embedded itself into Northern California’s culture. The slightly sweet meat from this small crustacean is prized from mid-November through June, and you’ll find it on countless menus. Seek it out during the holiday season, as chefs crack open piles of crabs to make risottos, chowders, and crab cakes. The annual crabbing tradition not only helps keep fishing communities afloat, it also works wonders at area restaurants where diners line up for the local catch served over garlic noodles or with copious amounts of drawn butter. 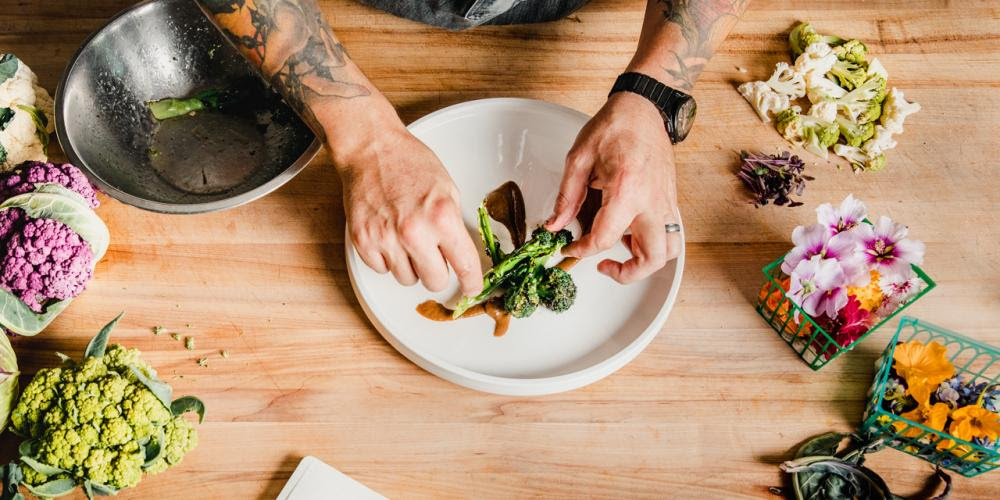 Take Charge for your Health: Nutrition guide for the youth