The maestros of Tamil comedy: Comedians of Kollywood that the audiences adore!

Chennai, 2 September 2021: The recent release of Amazon Prime Video’s unscripted comedy original show ‘LOL: Enga Siri Paappom’ left its audience in splits, and also stirred an air of reminiscence and nostalgia about the brilliant comedian that Actor Vivekh was. LOL: Enga Siri Paappom was the last comedy show that the legendary comedian took part in, as a judge, before his untimely passing.  His timely humor and unparalleled wit once again won the hearts of his admirers. Just like him, the Tamil industry has seen similar talents who have stunned audiences with their humor and unequivocal wit. Here are some memorable comedians across time for you. 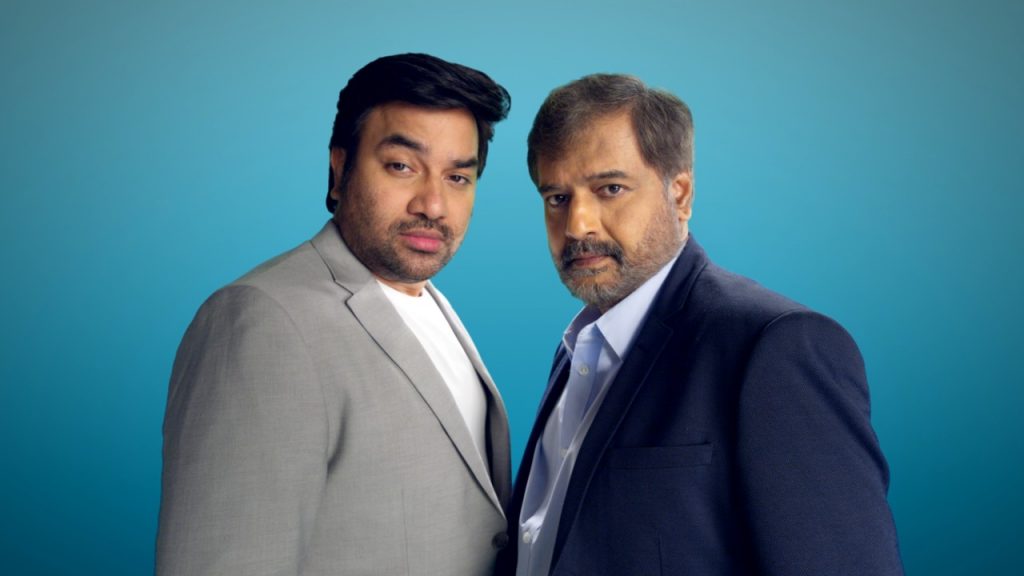 A man who needs no introduction – Nagesh was one of the first mainstream comedians in Tamil cinema who ruled the vintage cinema scene. The fact that he is still very relevant and is being constantly referenced is a testament to the kind of comedian, and actor that he was. Nagesh was as much an actor as he was a humorist. Known for portraying comedy and character roles with equal brilliance and ease, Nagesh is a shining diamond in Tamil cinema’s illustrious history. Known for his slapstick comedy style, Chaplin-esque body language, and dance moves, and one too many iconic songs to his credit, Nagesh was one of the finest comedians Tamil cinema had ever produced.

An inseparable comedy duo, it will be deemed an injustice to talk about these comedians separately, since they have always managed to bring out the best out of each other. Post the Nagesh-Chandrababu era in Tamil cinema, it was this duo that ruled the heart of avid comedy lovers in the 80s and the 90s. Who can ever forget the pair’s iconic ‘vaazhapazham’ comedy scene, or the ‘bettermax light’ comedy scene?

A comedian with class, Vivekh was an undeniable force in the Tamil comedy scene starting from the 90s. Along with Vadivelu, he ruled the hearts of the Kollywood audience with every single scene he appeared in. Known to use humor as a tool to talk about pressing social issues, Vivekh was known to use his comedy as a platform to create awareness. He was also known for being a staunch environmentalist, apart from the illustrious career he had as a comedian and character artist. His last venture in the comedy turf, fittingly, was the Amazon Prime Video’s unscripted comedy reality show ‘LOL: Enga Siri Paappom’ as a judge.

A name familiar to people who don’t even follow Tamil cinema, the ‘Vaigai Puyal’ is perhaps the most recognizable comedian and actor of this generation. A career spanning over two decades, the legendary comedian has given us one too many iconic moments and laughs, that it is practically impossible to just list a few as his best. His dialogues are basically slanged to Tamilians over the globe, and even though he is not active as he was in the cinema, his comedy is still revered thanks to the millions of memes on the internet that features him.

Actor Shiva features in this list purely for breaking the barriers of conventional comedy in Tamil cinema. A radio-jockey turned actor, Shiva is known for his on-spot comedy improvisations and spoof comedies that have established a new genre of sorts in Tamil cinema. And for this very reason, the charming actor joined hands with Actor Vivekh as a judge in Amazon Prime Video’s unscripted comedy reality show LOL: Enga Siri Paapom! As the judge on the show, he had no reservations while dishing out his famous poker-faced humor.

It would be a great disservice to this list if we fail to mention Actor Sathish here. Usually playing the ‘grumpy friend’ of the male lead, Sathish is an unconventional comedian who makes the audience laugh without fail despite his overall grumpy outlook. His appearance in Amazon Prime Video’s original reality show LOL: Enga Siri Paappom showed a whole new side to him, where he battled it out until the very end. He even managed to make a handful of his co-contestants laugh in the show, famously leading to their eviction.

Grab your popcorn, and tune in to Amazon Prime Video to watch LOL: Enga Siri Paappom, to relive actor Vivek’s final stint in the comedy turf, and to laugh along with him for one last time.

Nutritional Week: 5 must have superfoods to overcome stress for Young Professionals