TCL Partners with MyGlammFilmfare OTT Awards 2021 as an Associate Sponsor

TCL to be the associate-sponsor of the much-awaited second edition of the Filmfare OTT Awards, with an aim to promote and upscale home entertainment. 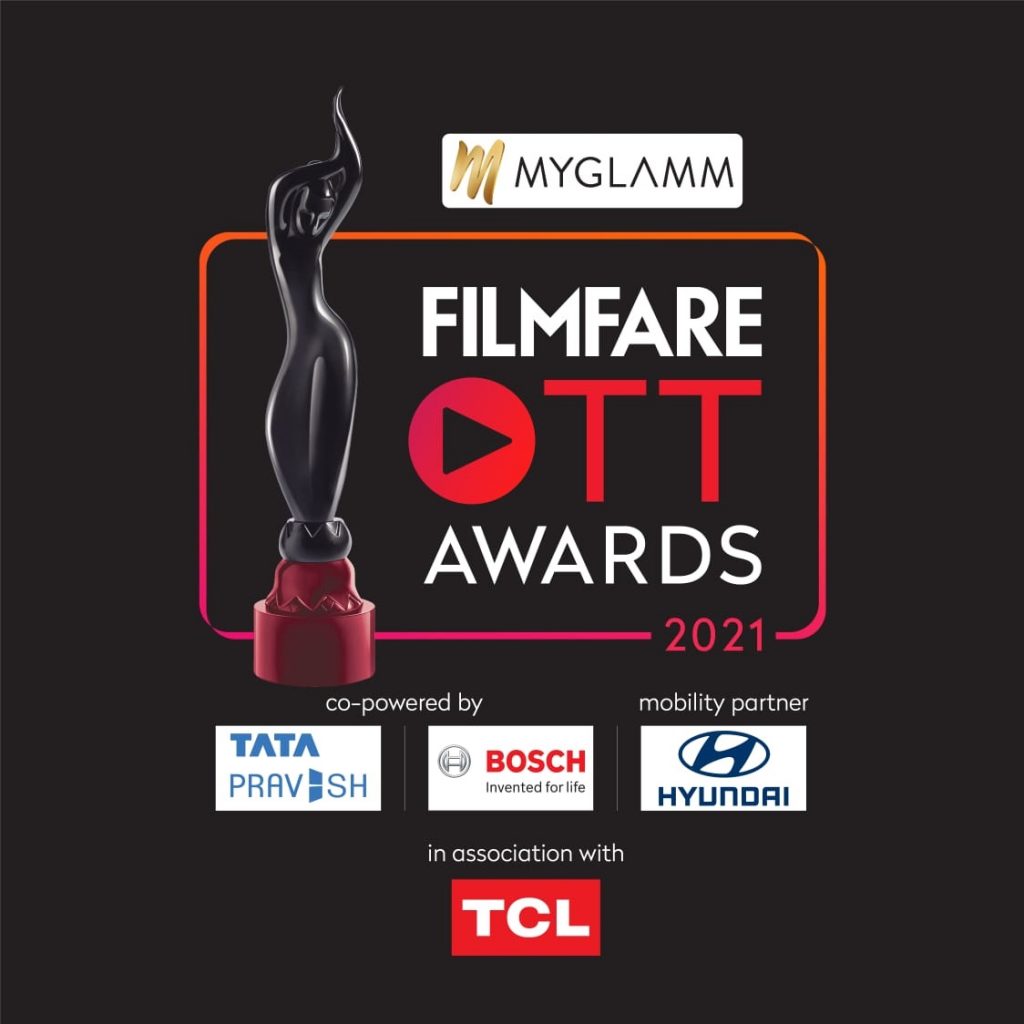 Delhi, November 24, 2021: TCL, one of the world’s leading television manufacturers aims to provide the customers with a cinematic experience at home with their range of televisions featuring the latest technology. In its mission to upscale home entertainment TCL has now joined hands with Filmfare forMyGlammFilmfare OTT Awards 2021 as the Associate Sponsor.Over the last few years, OTT platforms have dominated the world of Indian entertainment that has also led to TV manufacturers focusing more on offering products that can suit the modern content type. The post lockdown period has given more power and value to home entertainment. TCL too recognized this transformation and joined hands withFilmfareto honour the OTT talents.Filmfare Awards have acknowledged and recognized cinematic excellence in the mainstream film business for over six decades, and the launch of the second edition sees the brand carry on its heritage into the digital entertainment sphere.

As a testament to its philosophy of #CreativeLife, the brand together with Filmfare will honour the finest talents on the OTT platform and promote entertaining creativity. Speaking of the association, Mike Chen, General Manager, TCL India said, “We at TCL are utterly excited and proud to partner with Filmfare for this exciting and creative venture. We have always been working towards creating and innovating products that can make the life of people easy and add more entertainment to it. Similarly, Filmfare also acknowledges OTT talents especially those who have taken up the arduous task to keep people entertained even in difficult times. The second edition of the Filmfare OTT Awards will celebrate the spirit of victory of entertainment, and we look forward to honouring artists and content that havestruck a chord with the audiences.”

Commenting on this association, Deepak Lamba, the CEO of Worldwide Media said, “Given the legacy, Filmfare Awards has always been at the forefront of celebrating artistic brilliance across the Indian entertainment ecosystem. While we continue to extend the tradition to the Indian OTT industry, we are happy to partner with a brand that’s working towards enhancing the cinematic experience for customers in the comfort of their homes. We believe this is a perfect partnership of two brands that have been associated with the world of entertainment for decades now.”

TCL Electronics (1070.HK) is a fast-growing consumer electronics company and a leading player in the global TV industry. Founded in 1981, it now operates in over 160 markets globally. According to Sigmaintell, TCL ranked 2nd in the global TV market in terms of sales volume in Q1-Q3 2019. TCL specializes in the research, development and manufacturing of consumer electronics products ranging from TVs, audio and smart home products.

For over six decades, Filmfare has been the ultimate destination of Bollywood for die-hard fans by extending the rich legacy of the brand into a multiple formats, avenues and experiences. The brand also is known to keep the film-buffs updated with exclusive interviews, classy photo shoots, insider stories, sneak peeks, fashion coverage, movie reviews and special features. Filmfare captures Bollywood’s biggest stars at their colourful, candid, beautiful, quirky, and even spoilt best. Filmfare Awards, its biggest flagship property, recognizes the best talent in Indian cinema. Since its inception in 1953, it has been a benchmark of merit in the industry. While the legacy of Bollywood and South film industry edition continue, this prestigious ceremony also has successful regional extensions across Marathi, Punjabi and Bengali cinema. Last year, Filmfare also ventured into the Indian OTT entertainment space, thus making the iconic ‘Black Lady’ the most sought-after symbol of recognition across the entertainment industry in India.

Kaunteya Unveils Christmas Settings with its Jyamiti Collection of Tableware