Royal Couple for the ‘Force for Change’

The Duke and Duchess of Sussex, Prince Harry and Meghan Markle, have unfollowed everyone on their Instagram handle, under the name of ‘sussexroyal’, creating a huge buzz across the world. The royal couple, who launched their official Instagram in April, raised eyebrows when they unfollowed big accounts like the Duke and Duchess of Cambridge’s page and the Royal family’s official profile. 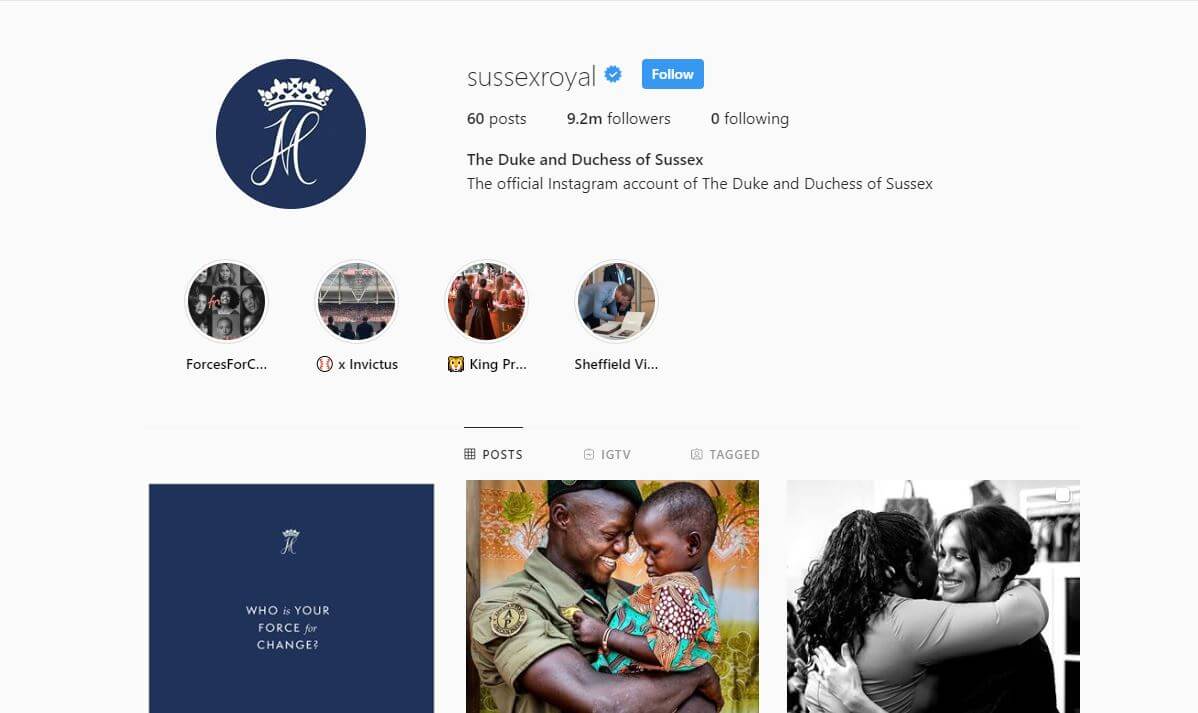 Well, this is not new as the couple had begun the trend of supporting various causes on the app since May. Earlier the Sussexes have explained that each month they will be following different accounts based on a different theme or cause. Be it mental health awareness, LGBTQ+ rights, or the environment, the royal couple has openly voiced the cause.

May is Mental Health Awareness Month in the US and May 13-19 is Mental Health Awareness Week in the UK. To pay tribute to all of the incredible work people across the globe are doing in this space, we are hoping to shine a light on several Instagram accounts that promote mental well-being, mental fitness, body positivity, self-care, and the importance of human connection – to not just hear each other, but to listen. There are countless organisations doing amazing work for mental health – please consider the accounts we’ve highlighted as a small snapshot of this global support network. We are all in this together. We invite you to explore the extraordinary stories of strength, and the commitment to kindness as seen in the above accounts. Each month we will honour this same concept and change the accounts we solely follow based on a different theme or cause. Please go to our homepage and click “following” to see each of the select accounts and find out more about their work. Please note: Images shared are from some of the handles we are now following

However, for the month of August, they need a little help choosing whom to follow next. The couple announced on their account that they want their followers to suggest people or organizations, to follow who are ‘Force for Change’, echoing the theme of the British Vogue September Issue which Duchess Meghan guest-edited. 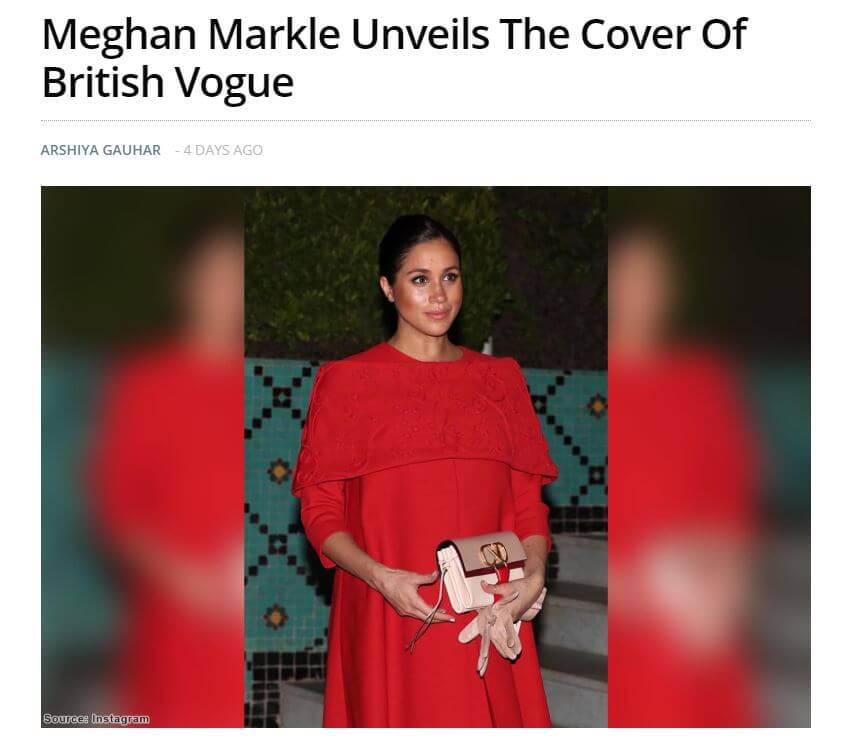 The couple wrote, “Over the next few days please add your suggestions into the comments section: someone you look up to, the organisation doing amazing work that we should all be following, an account that inspires you to be and do better (or that simply makes you feel good), or the handle that brims with optimism for a brighter tomorrow.”, and added that they will reveal the names of the accounts on Monday, acknowledging them for bringing the change in everyone’s life.

For the month of August we look to you for help. We want to know who YOUR Force for Change is…. Each month, we change the accounts we follow to highlight various causes, people or organisations doing amazing things for their communities and the world at large. Over the next few days please add your suggestions into the comments section: someone you look up to, the organisation doing amazing work that we should all be following, an account that inspires you to be and do better (or that simply makes you feel good), or the handle that brims with optimism for a brighter tomorrow. We will choose 15 accounts and follow them next Monday, as we spend the month of August acknowledging the Forces for Change in all of our lives.

In between supporting charities and activists on their page, the couple also celebrates public engagements and sweet personal occasions like their marriage anniversary, Father’s Day, Mother’s Day and their son, Archie’s christening ceremony.

So, let’s start dropping in the names of your ‘Force for Change’.

13 Reasons Why Season 3 Trailer Unveiled With A New Question!