Following on from their summer global hits ‘I WANNA BE YOUR SLAVE’ and ‘Beggin’ (which both spent months inside the top 10 on the global charts) Italy’s flamboyantly energetic rock band Måneskin return with their new single ‘MAMMAMIA’ produced by Fabrizio Ferraguzzo & Måneskin. As always, the song is live recorded to keep the sound raw and rough. Despite being a rock song, the track also brings dance and club vibes, starting with a strong bass’ riff and a rhythmic drum. The tongue-in-cheek lyrics talk about people’s perception of your behaviour, while your intentions and thoughts are truly different. For the track, the band show their ironic side for the first time. 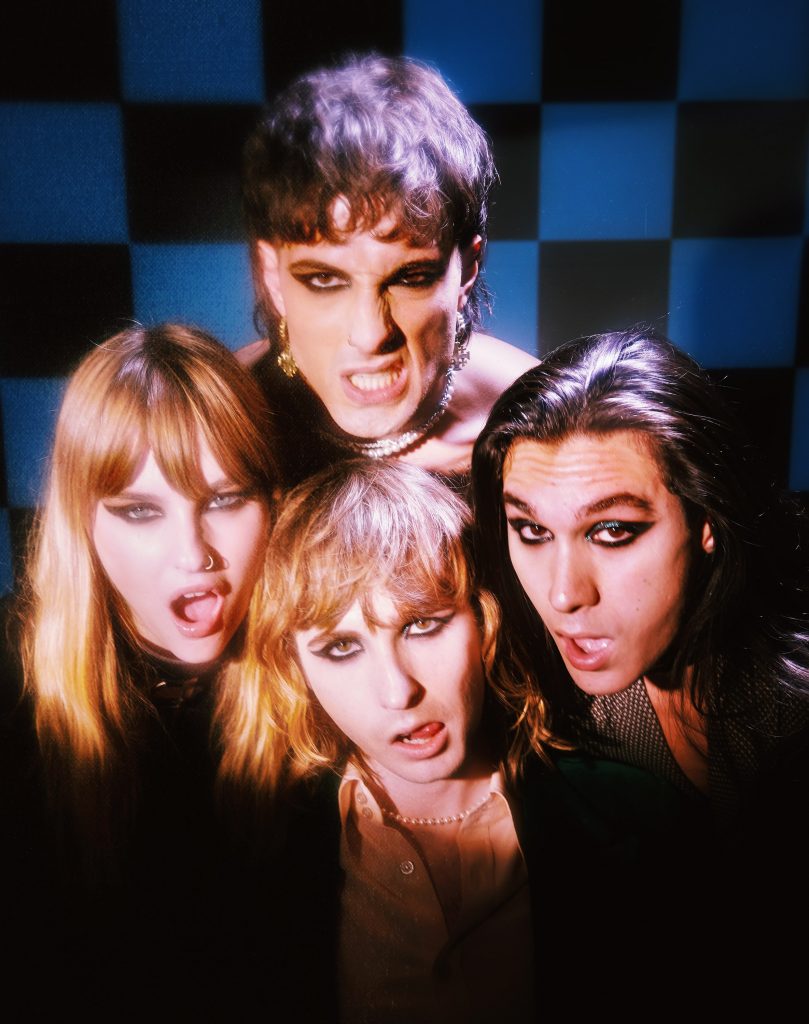 Måneskin (Danish for ‘moonlight’) are the Italian rock band composed of vocalist Damiano David, bassist Victoria de Angelis, guitarist Thomas Raggi, and drummer Ethan Torchio. The young 4-piece-band have fast become a global phenomenon. With their last three songs, ‘ZITTI E BUONI’, ‘I WANNA BE YOUR SLAVE’ and ‘Beggin’, Måneskin have consistently been one of the most-streamed artists globally of the last few months… the numbers are pretty staggering (3 Billion + streams). They have also managed to have two songs simultaneously in the global Top 10 for over two months.

The group’s track ‘Beggin’ has charted Top 10 in 63 countries, while ‘I WANNA BE YOUR SLAVE ‘in 35. They also have achieved 24 Platinum and 16 Gold certifications from around the globe so far. And also Måneskin has two singles simultaneously in the UK top 10.
Måneskin also reached #1 At Alternative Radio in the United States.
This marks the fastest rise to #1 In U.S. Alternative Airplay by a band new to the format in 24 Years.

Such is the hunger for this band that when Måneskin recently announced their European ‘LOUD KIDS’ tour, it sold out in 2 hours!

They manage to straddle many worlds with ease and poise… a very hard balancing act. But by staying true to themselves, spreading their inclusive message of absolute freedom and their flamboyant authentic style, they’ve become an undeniable global music sensation.