Leaving his mark on the Global Tattooing scene: Discover Lokesh Verma’s rise to fame and fortune!

How does it feel to be featured among the World’s Top 10 tattoo artists, or to have the privilege of working with some of the world’s best tattoo studios like Paul Booth’s Last rites Gallery NYC or Nikko Hurtado’s Black Anchor Tattoo, or for that matter to open your own tattoo studio in Europe ? 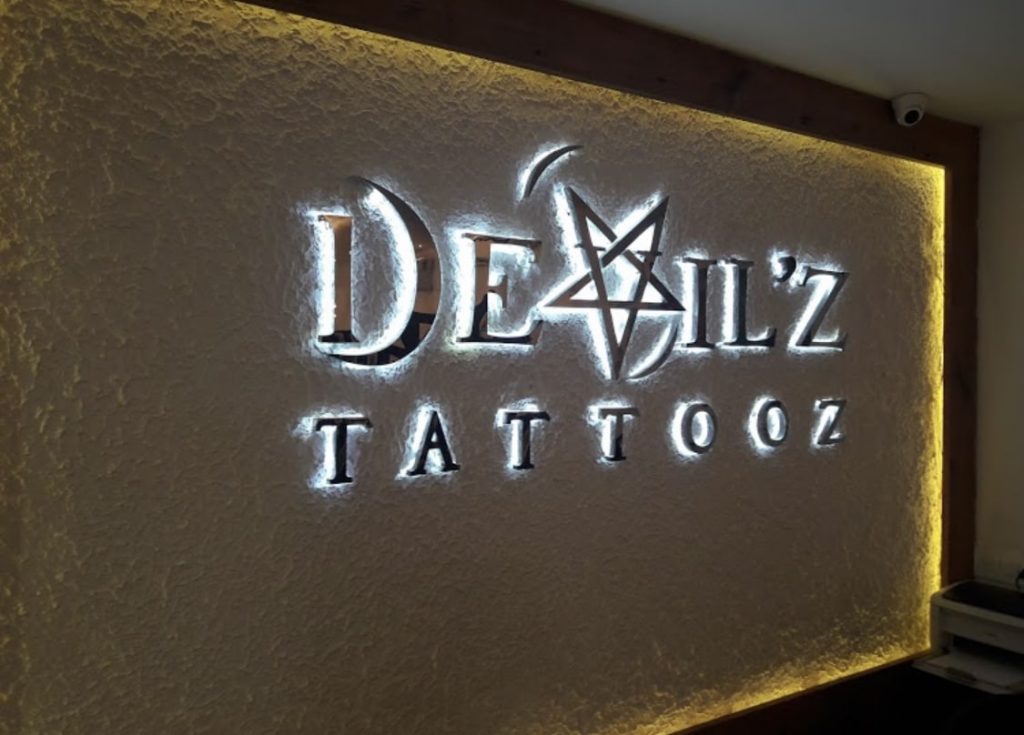 “Just like a dream come true,” is how Lokesh Verma, India’s top tattoo artist would like us to believe. He’s the man behind Devil’z Tattooz studio – a place that’s no less than a mecca for tattoo lovers. Famous for his terrific amalgamation of varied tattoo styles, Lokesh is best known for his coloured portraits (a highly specialized format in terms of tattoos) and is also the first artist in India to start ‘coloured realism and portraits style of tattooing’ which is mastered by very few people in the world. Lokesh is India’s first award-winning, internationally experienced artist who was also one of the first people to start tattooing in India.

His list of achievements doesn’t end here though. Lokesh is also known for pioneering ‘Soundwave (Audible) tattoos and Permanent Tattoo Removal (Pico Laser) service in India’. He is also one of the first Asian to teach tattooing at an Italian University. And, Lokesh can also be credited for the curation of the HeartWork Tattoo Festival – India’s only international tattoo festival. 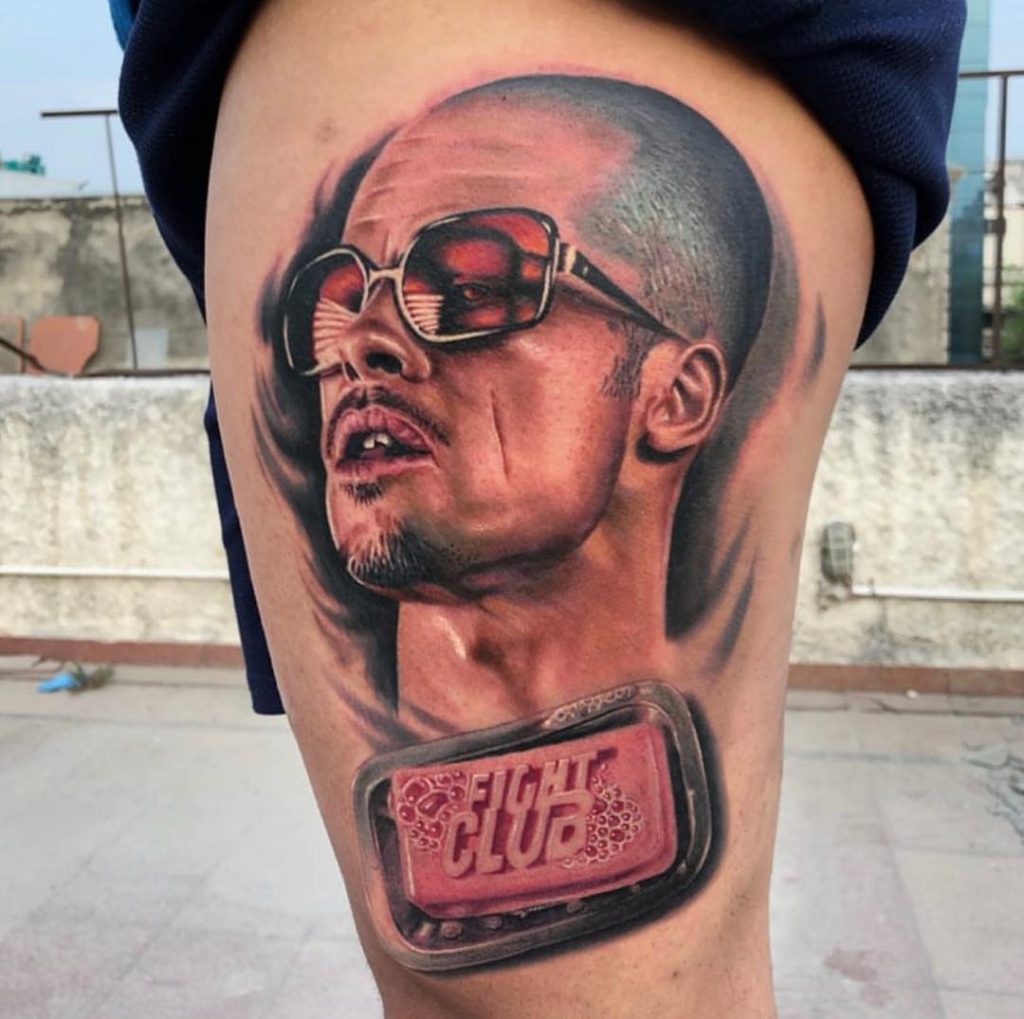 To top it all, Lokesh added another feather to his cap by creating a Guinness World record too. “I hold a Guinness world record with my team to tattoo the maximum number of flags to be tattooed on the human body and I’m really proud of the rewards that my passion has brought for me. I firmly believe that if you allow your passion to become your purpose, then it will one day become your profession for sure,” says 39-year-old Lokesh with a look of pride.

But behind all these achievements, lies a story of grit and determination and of a passion so strong that it made a pushed a young boy to change his destiny forever,

From a six-year-old boy who drew Fido Dido – the lovable 7-Up cartoon character as his first drawing, to a tattoo artist who has inked cricketers like Shikhar Dhawan and Ishant Sharma to Bollywood actors like Swara Bhaskar and Tapsee Pannu and choreographer and director Remo D’Souza besides international celebrities, the journey for Lokesh has been long and eventful too.

Born and brought up in Delhi, Lokesh had seen his father and mother struggle to give their children a comfortable living while living in a one-room flat for several years. Lokesh’s father was an ex-army man who did odd jobs after his retirement to earn a living for the family, while his teacher mother also helped to make both ends work. “Even with their meagre earnings, my parents ensured that I and my sister got proper schooling so that we could have a better future. I was an average student but was absolutely passionate for art and would end up drawing everywhere including my school bag and school bench too,” remembers Lokesh with a smile. 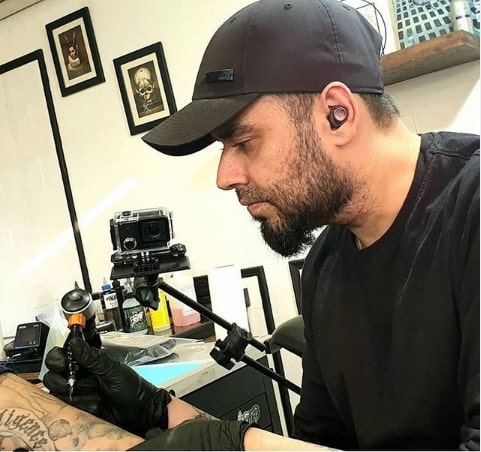 However, despite the fact that Lokesh won the first prize in an Inter-Asia painting competition held in Japan at 14, he was not willing to take the traditional drawing format seriously. It was a different kind of art that fascinated Lokesh.

“I was always fascinated with body art or Tattoos but no one knew much about it back then. So, while singing and dancing were still considered a hobby, being interested in making tattoos or even considering it as a profession was completely bizarre in those days. But my parents never stopped me from experimenting and always supported and boosted my morale for whatever I chose to do, says Lokesh.

While pursuing his MBA, Lokesh also worked at the local McDonalds – flipping burgers by day and as a DJ by night in order to save money to purchase his first tattoo machine. “I bought the machine and started doing tattoos on my own body, determined to learn it all. My father was very supportive and offered his skin for me to practice. I was so fascinated by this art that I was doing tattoos on my friends for free, even ready to pay them money sometimes to get tattooed from me initially,” recalls Lokesh.

As word spread about this, friends and acquaintances started lining up to get tattooed by Lokesh between the years 2003-2005. As there were hardly any professional tattoo studios in Delhi at that time, Lokesh used to work out of his best friend’s house and then moved to a small salon in Vasant Vihar. After that there was no looking back for him.

The next few years saw Lokesh’s popularity grow as awareness about tattoos also rose. Lokesh opened his first tattoo studio in GK1 in 2008 by the name of Devil’z Tattooz and then added another branch in Gurgaon in 2013 and in Dwarka in 2021.

In all these years, Lokesh has taught the art of tattoo to several people and has created a niche for himself too. “While teaching people on how to do tattoos, I have always emphasized on the importance of maintaining hygiene. I have worked in as many as 15 different countries till date, and I always make sure that we enforce strict European standards across our studios,” says Lokesh who has an OCD about hygiene and washes or sanitises his hands frequently.

With Lokesh all set to chart international boundaries now with a newly opened studio in Luxembourg, it won’t be wrong to say that dreams do come true for those who dare to dream!