Radhika Apte’s Kalindi from the ‘Lust Stories’ not only won the hearts of millions by throwing the light on modern-day relation from an Indian women viewpoint but is also recognised internationally. In the most recent release, Radhika has been nominated for her brilliant performance in the ‘Best Actor (Female)’ category for International Emmy Awards.

Congratulating the actress for the same, Netflix India wrote, “All hail our one true queen @radhikaofficial. 👑👑👑 Congratulations on your International Emmy nomination!”

All hail our one true queen @radhikaofficial. 👑👑👑 Congratulations on your International Emmy nomination!

The groundbreaking women-centric movie ‘Lust Stories’ also got nominated in the ‘Best Mini-series’ category. Praising the filmmakers for ensembling a great story onscreen, Netflix India tweeted, “Two teachers, a housekeeper and a homemaker walk into a movie and get nominated for an #InternationalEmmy.

Two teachers, a housekeeper and a homemaker walk into a movie and get nominated for an #InternationalEmmy.

Along with it, Mumbai ka Bhau Ganesh Gaitonde is also making some huge name globally. Nawazuddin Siddiqui and Saif Ali Khan starrer ‘Sacred Games’ though left us hanging in the climax, but definitely received praises for outstanding storytelling which kept the audience on the edge. We have no idea whether Sartaj Singh found the correct pattern or not but the Netflix Original series did find a place in the ‘Best Drama’ category of International Emmy Awards.

Meanwhile, Amazon Prime reality show ‘The Remix’ also got nominated in the ‘Non-scripted Entertainment’ category for the International Emmy Awards. 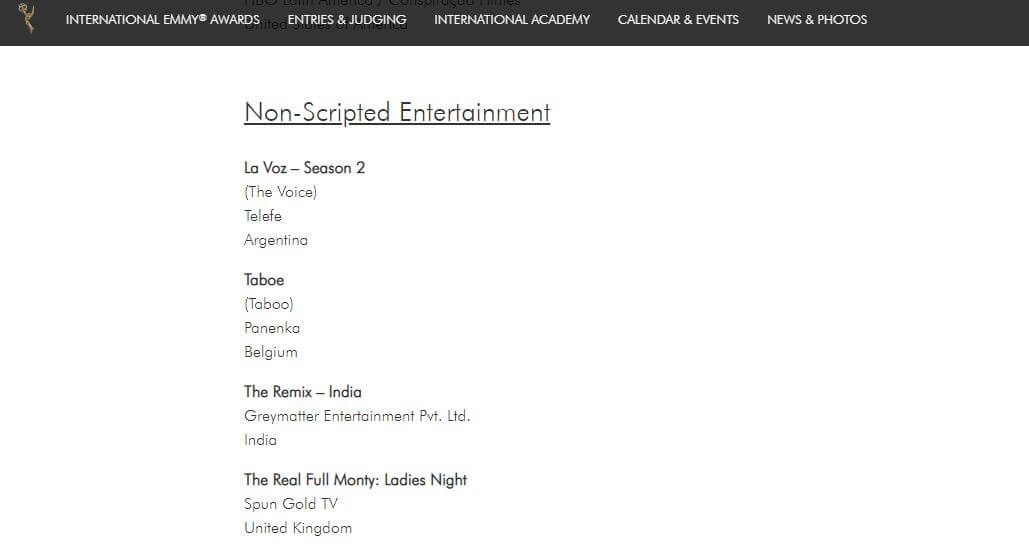 Now, we are waiting for the results with our fingers crossed!