As one of the nation’s oldest and most culturally diverse cities, Philadelphia presents a number of ways to honor and learn more about Black history and heritage, such as visiting murals, monuments and historic sites, and by supporting Black-owned businesses and restaurants in neighborhoods throughout the city.

On City Hall’s southern terrace, a bronze statue memorializes Octavius V. Catto – a teacher, athlete, and one of the most influential African American leaders in Philadelphia during the 19th century. While on his way to vote – a right Catto fought to secure for African Americans in Philadelphia – he was assassinated. A mural honoring Catto can be found along the 1400 block of Catharine Street, not far from where his life was taken.

Elsewhere, on Independence Mall just outside the Liberty Bell Center, the President’s House historic site – once home to Presidents George Washington and John Adams – tells the story of slavery and freedom in the early days of America. A few blocks further south along 6th Street, Mother Bethel A.M.E. Church is home to the oldest African Methodist Episcopal congregation in the United States and rests on the oldest parcel of land continuously owned by African Americans in the nation. In Germantown, the Johnson House was once home to a family of Quaker abolitionists and served as a vital part of the Underground Railroad. Along South Street, the old Engine Company No. 11 building next to Philadelphia’s Magic Gardens was the former home of Philadelphia’s first and only all-Black firehouse, known for its first-class service to all communities, regardless of race. 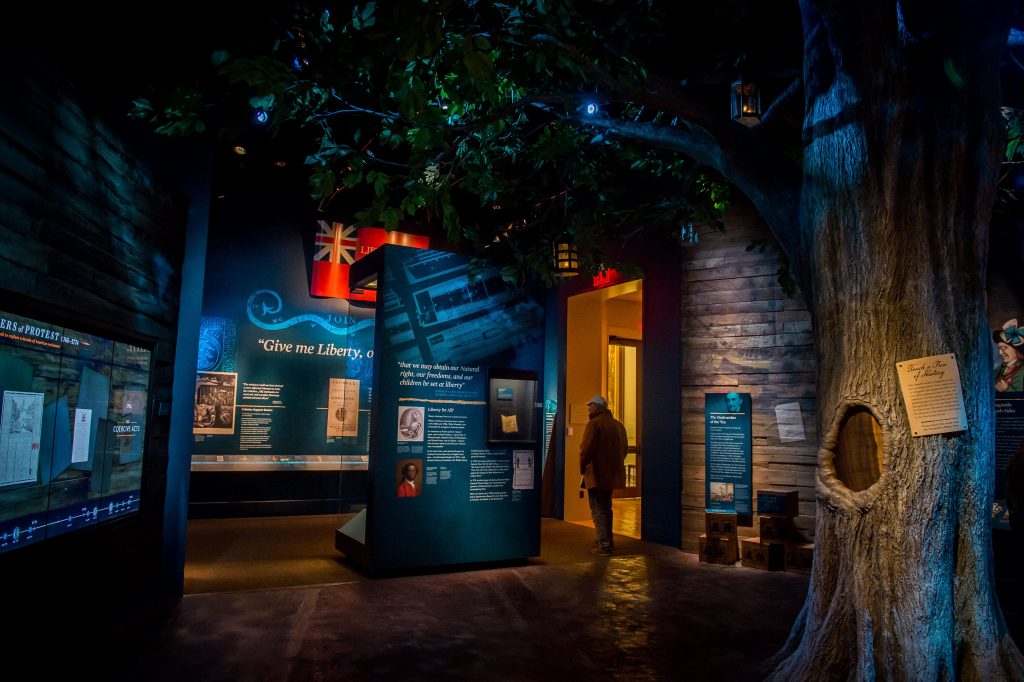 The Museum of the American Revolution in Old City offers virtual and in-person experiences highlighting the lesser-known stories of Black men and women who served a critical role in the American Revolution. At the museum, examine a newly installed artifact – a letter of discharge for an African American soldier signed by General George Washington – and learn about the time between 1776 and 1807 when women and people of color held the right to vote in New Jersey, and how that right was eventually lost, as part of the new When Women Lost the Vote exhibition, which is also available as a virtual tour online.

At the National Constitution Center, visit the first gallery in the United States dedicated to telling the story of the nation’s second founding, Civil War & Reconstruction, which features rare artifacts such as Dred Scott’s signed petition for freedom, a pen and inkwell belonging to Frederick Douglass, and original copies of the 13th, 14th and 15th Amendments. Learn more about inspirational leaders and heroes such as Dr. Martin Luther King, Jr. at the National Liberty Museum, and explore groundbreaking exhibits while learning more about African American history and culture at the African American Museum in Philadelphia. NOTE: The African American Museum in Philadelphia is currently closed for in-person visits due to the pandemic. 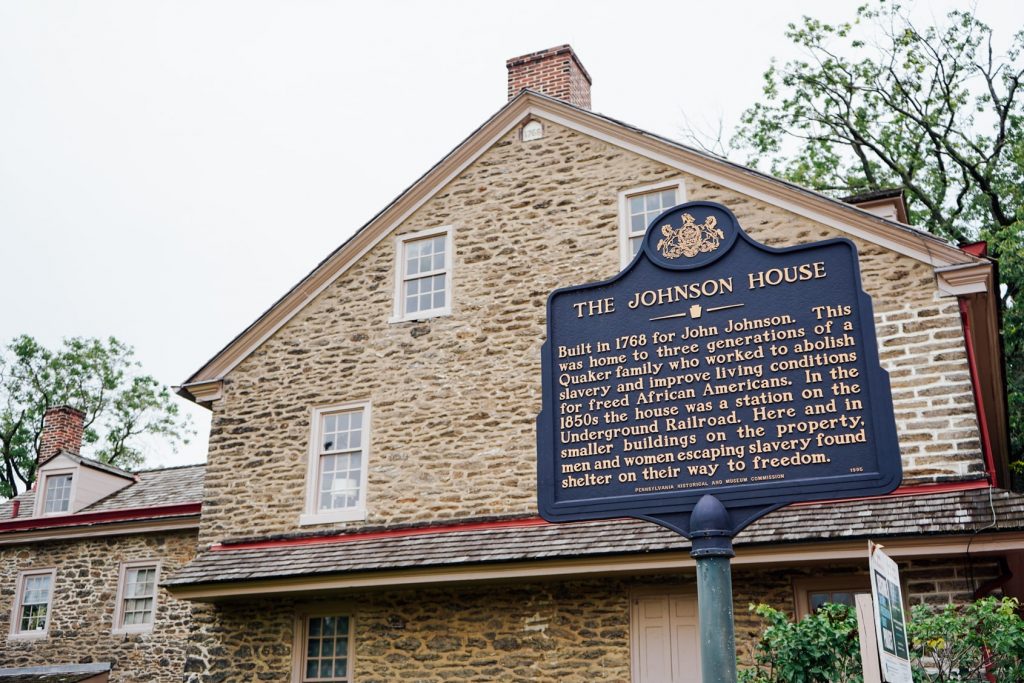 Among Philadelphia’s has a great collection of Black-owned businesses is Harriett’s Bookshop in Fishtown, which celebrates female writers, activists and artists. Don’t miss Amalgam Comics & Coffeehouse in nearby East Kensington, the only comic book store owned by an African American woman on the East Coast. For beauty and lifestyle products, consider Marsh and Mane in South Philadelphia or Freedom Apothecary in Northern Liberties. If you need a place to stay, consider Akwaaba Bed and Breakfast Inn, which offers several suites designed to celebrate Philadelphia’s music legacy in a historic 1880s manor in West Philadelphia. For more Black-owned businesses, consult Visit Philly’s roundup here.

Many of Philadelphia’s Black-owned restaurants are open and offering take-out or delivery, and in some instances, indoor or outdoor dining. Start your day with coffee and breakfast at Win Win Coffee Bar along Spring Garden Street or Bower Café in Washington Square West. Later, savor a menu filled with Southern favorites at Booker’s Restaurant and Bar in West Philadelphia, or enjoy Southern-style cooking with a side of jazz at SOUTH Jazz Kitchen just a few blocks north of City Hall. Another essential soul food stop is the late entrepreneur KeVen Parker’s Soul Food Café in Reading Terminal Market. Philadelphia’s first Black-owned brewery, Two Locals Brewing Company, is operated by brother brewers Richard and Mengistu Koilor out of FCM Hospitality’s Craft Hall space, where you can also order and pick-up cans and kegs. You can find Two Locals’ beer on tap at other FCM properties, including Juno, Parks on Tap, and Morgan’s Pier. TIP: For delivery from Black-owned restaurants, consider ordering using Philadelphia start-up, Black and Mobile. 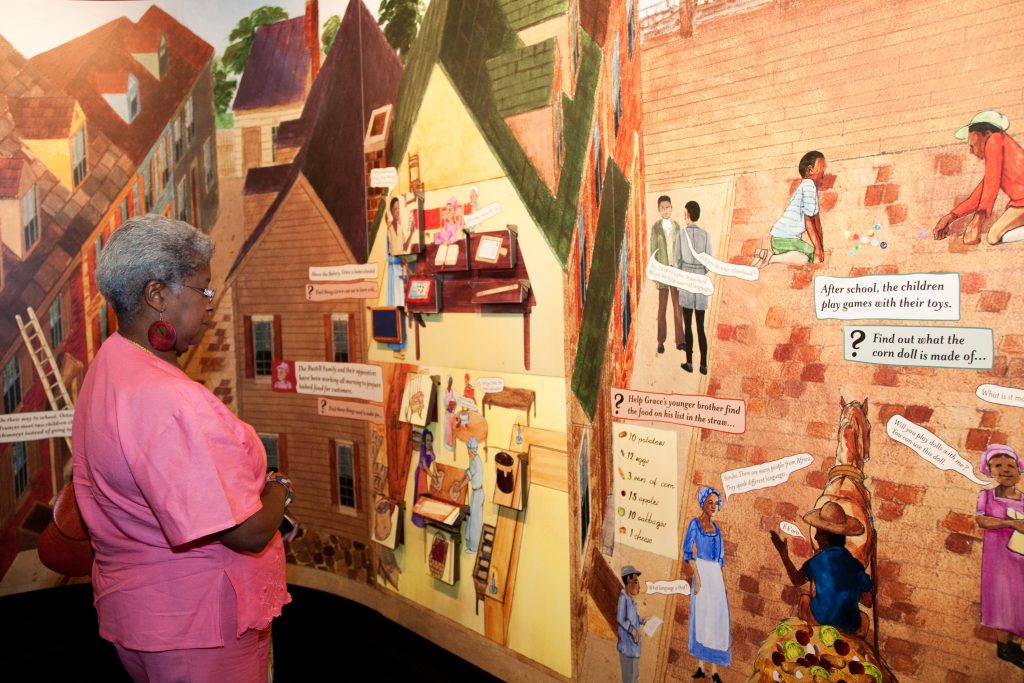 Rendering Justice is a virtual exhibition presented by the African American Museum in Philadelphia and Mural Arts Philadelphia examining mass incarceration and contemporary America. Curated by artist Jesse Krimes, the exhibition features the work of nine artists from around the nation and aims to make visible the people and perspectives otherwise hidden by the criminal justice system. For their work, the artists collaborated with currently and formerly incarcerated individuals, as well as members of Mural Arts’ Reimaging Reentry Fellowship, which works with formerly incarcerated artists on public art projects. To learn more and view the exhibition online, click here.

Founded in 2002, the Lest We Forget Museum of Slavery is the only museum of its kind in Philadelphia dedicated to shedding light on the injustice of slavery and its continuing impact on American ideals by way of rare artifacts, documents, memorabilia and compelling exhibits. The museum offers online tours and is open for in-person visits (by appointment only) with health and safety measures in place. To learn how to plan an in-person visit, click here, or to take an online tour, click here.

As the ‘Mural Capital of the World’, Philadelphia is home to over 4,000 pieces of public art painted on the side of buildings throughout the city. Many of these works of art honor African American heroes and key leaders in the Black community – both locally and nationally – and are worth adding to your itinerary as you explore the city. In West Philadelphia, They Met the Challenge (16 S 39th Street) is a mural honoring the Tuskegee Airmen and includes portraits of members of the Philadelphia Chapter of the all-Black elite squad of pilots. The Roots – a trailblazing hip-hop group from Philadelphia – have a mural honoring their musical and cultural contributions at 512 S. Broad Street. Civil rights leader Dr. Martin Luther King. Jr. is honored on several murals, including one in North Philadelphia depicting his march from Selma to Montgomery, Alabama, as well as another in West Philadelphia featuring a photograph of his 1965 “Freedom Now” rally at 40th Street and Lancaster Ave. A mural featuring legendary baseball player Jackie Robinson can be found in North Philadelphia at 2803 N. Broad Street. For more murals featuring African American leaders, activists, musicians, and more, click here.

For more insights into Philadelphia’s outdoor art gallery, watch one of their short Murals on the Fly videos highlighting various artworks throughout the city.

“YOGA FOR HEALTH – YOGA FOR WELL - BEING”