The global star, Priyanka Chopra Jonas is ringing in her 37 birthday with husband Nick Jonas. This year has been a major milestone for her, not just personally but professionally too. From being Bollywood’s Desi girl to the protagonist of American television show Quantico, she has surely grown as an actor. Besides that, she shares a heart-warming bond with her hubby and his family.

From our family to yours. Merry Christmas 🎄❤️🎉

In recent years, Priyanka has transitioned into a world beyond films, her public persona is appreciated and loved worldwide, so is her acting skills and down to earth nature.

In 2018, PC was one among the 100 most powerful women in the world, one of only four Indians, and featured on Variety’s list of the 500 most influential world business leaders. Just last week, she topped the Hollywood Reporter’s ranking of global celebrity social media climbers.

Big thanks to @variety for including me in your #Variety500 for the second year in a row! What makes this one extra special is the little name right above mine… @purplepebblepictures. Stories are at the heart of everything we do, regardless of genre or language, and it's a wonderful feeling to know we're on the right path. This would not be possible without my team, and most importantly, my incredible partner and co-founder, @madhumalati. Feels like miles to go, but truly grateful for every step we take. 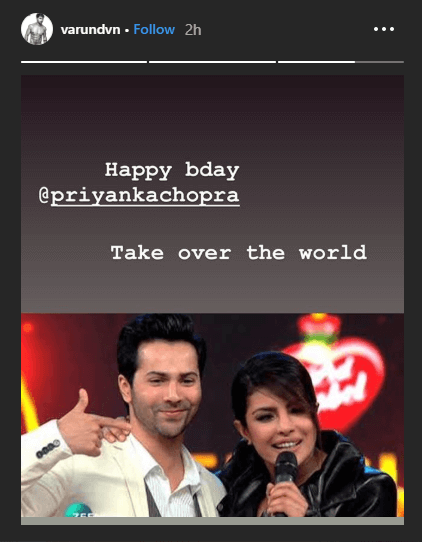 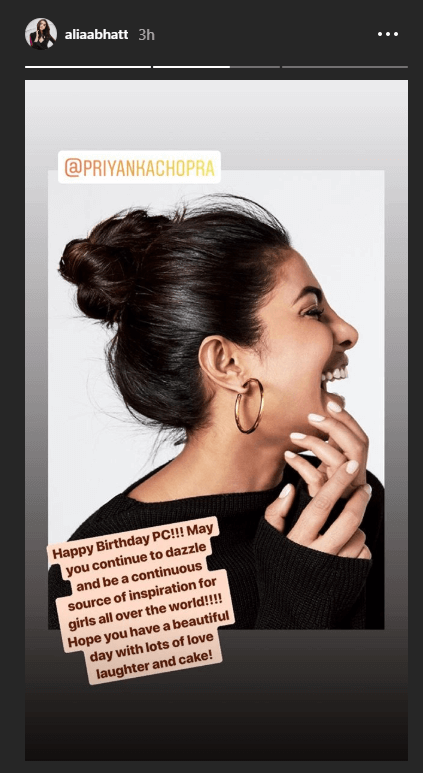 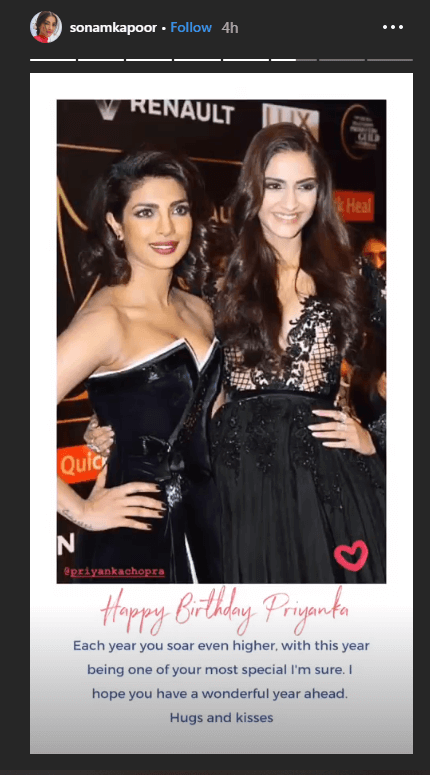 The Desi Girl’s social media presence is a huge plus in her rise to the top, being the most followed Indian celebrity on Instagram, with more than 40 million followers. Thanks to her globe-trotting lifestyle, she makes headlines almost daily which she shares on social media.

And here are some of the celebrities wishing her:

The gorgeous and charming birthday girl @priyankachopra Pulls of a conversation and sari with utmost grace, confidence and glamour… stunning in a #classic #manishmalhotralabel #saree

Dear PCJ,
Today is about celebrating all you've been, all you've become and all you're yet to be!
Happy birthday
Here's to another year of inspiring lives & melting our hearts with your wit, charm and grace. 😍

We're suckers for you @priyankachopra! 💯♥

As for the future, Priyanka has one Bollywood film The Sky is Pink and one new Hollywood project is Barry Levinson’s Maa Anand Sheela biopic.

We wish the diva a very happy birthday!

Melange – An exhibition of contemporary artworks