21kgs worn out masks, PPE kits, and 125kg waste from mask manufacturers were received after the video was released

Digital content creator duo Abhiraj and Niyati aka AbhiandNiyu who is known for their impactful and inspirational videos recently released a video that documented the magnificent work done by Dr. Binish Desai (the Recycle Man of India) on his eco-friendly bricks 2.0. The video has gained close to 9 million views across Instagram, Facebook, and YouTube. After the release of the video, Binish and his team have received 21kgs worn out masks and PPE kits from houses and 125kg waste from mask manufacturers using their chindi waste to make bricks. 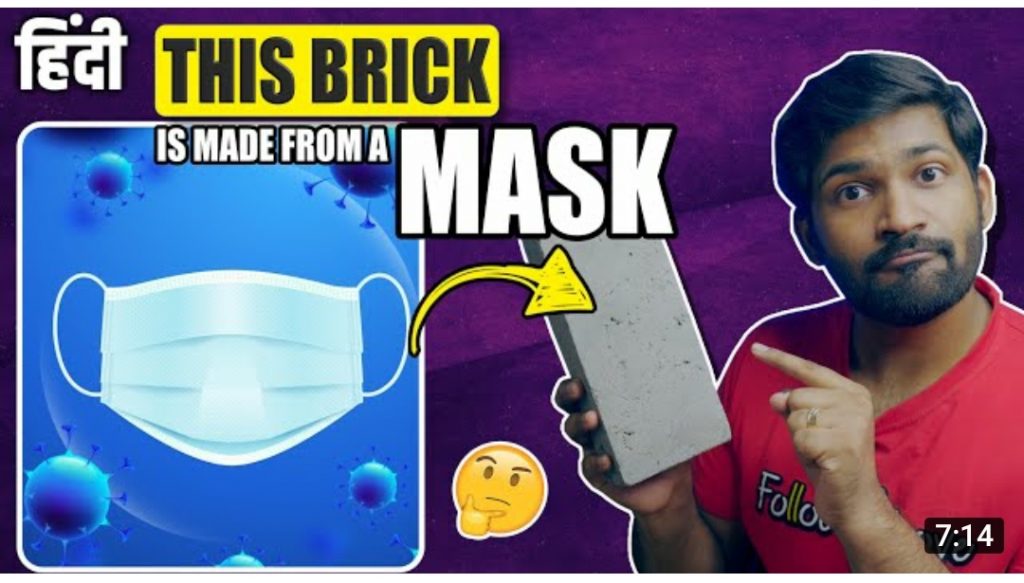 Dr. Binish Desai found a way to convert masks and woven PPE waste into bricks. These bricks cost Rs. 2.8 per brick which is much cheaper than regular bricks and are made of 52% shredded PPE masks, 48% paper industry sludge + Binish’s patented binder. Based on this genius idea, Abhi & Niyu made a video around it to encourage people to donate their used or worn out masks and PPE kits to this cause.

The video was also shared by actors Ayushmann Khurrana and Bhumi Pednekar. 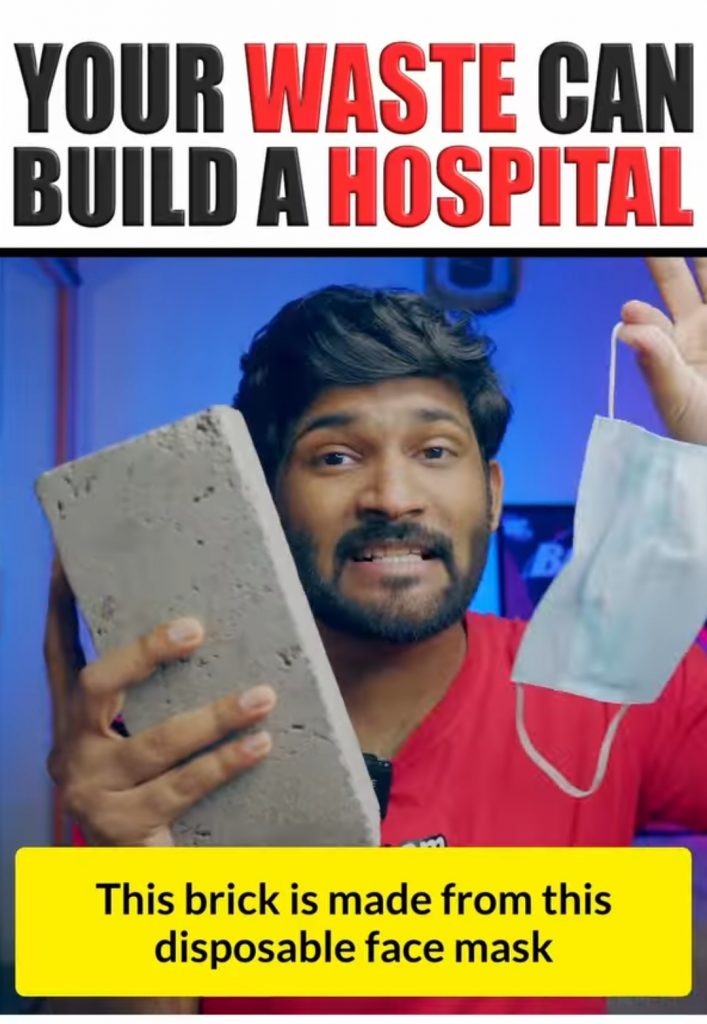 Link to the video: https://www.youtube.com/watch?v=uZiUP3Yg8Tk

Speaking on the video, Abhi and Niyu said “We wanted to focus on a solution-based approach to everyday living. We highlighted the ever-increasing waste produced globally every month by masks, PPE kits, and gloves. Most of them are disposable face masks made from plastic microfibers so when we came across the amazing work Dr. Binish Desai was doing, we wanted to show that small things can make a difference.”

Dr. Binish Desai said “I have always seen waste as something that is useful. When covid hit and a new type of pollution i.e PPE waste came into existence, it became more important than ever to find a solution to this problem. This initiative of collecting used PPE from households is one way of educating people and helping them form a habit of collecting waste. When they see a difference being made with their small efforts it turns into a larger change. I’m thankful to Abhi and Niyu for the video as it has made many people aware of waste and help create a difference one waste at a time. We have also started receiving materials from people and are happily recycling them into the bricks 2.0”

About Abhiraj and Niyati aka AbhiandNiyu: 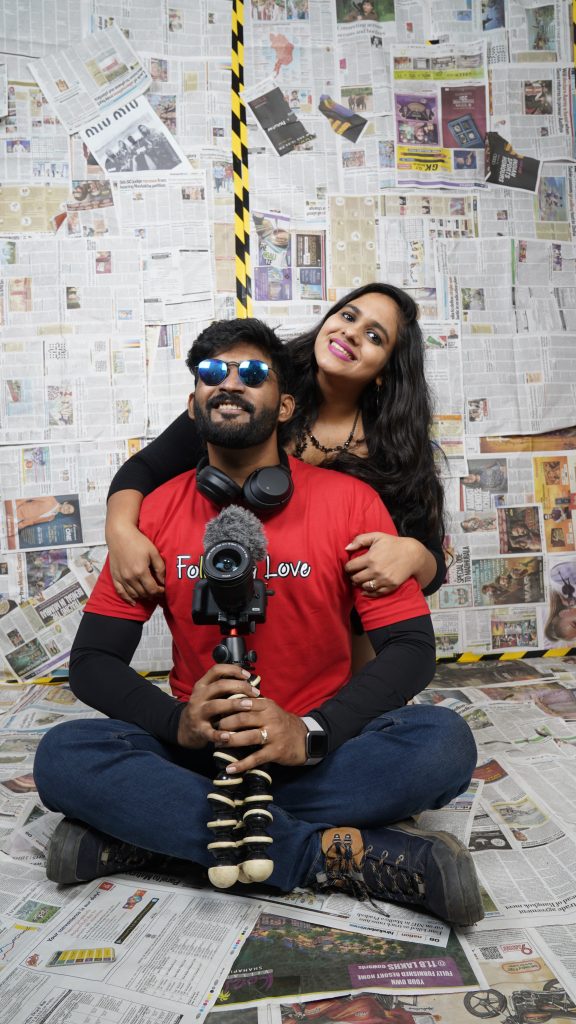 With over 3.5 million followers across all social media platforms, Abhiraj and Niyati, better known as Abhi and Niyu, (Forbes 30 Under 30, 2021) are popular content creators who are famous for their series #100ReasonsToLoveIndia where they travelled across India to find 100 heartwarming stories of change, positivity, and inspiration across India.

Their first video that went viral was a video urging people to look for alternatives to polluting POP and paint Ganesh idols. Since then, their well researched videos have been shared on social media, even by celebrities.

Abhi and Niyu started their page to talk about positive, impactful ideas and to inspire offline action from online content.