CHECKOUT THE TOP 5 PODCASTS IN INDIA

A podcast is an episodic series of spoken word digital audio files that a user can download to a personal device for easy listening. Streaming applications and podcasting services provide a convenient and integrated way to manage a personal consumption queue across many podcast sources and playback devices.

A podcast series usually features one or more recurring hosts engaged in a discussion about a particular topic or current event. Discussion and content within a podcast can range from carefully scripted to completely improvised.

Khabri is India’s fastest growing vernacular audio platform targeted at next billion internet users. Knowledge through spoken word has been the cornerstone for the upward economic movement of any society for ages, and we at khabri are committed to deliver that in the most advanced way in the current era. 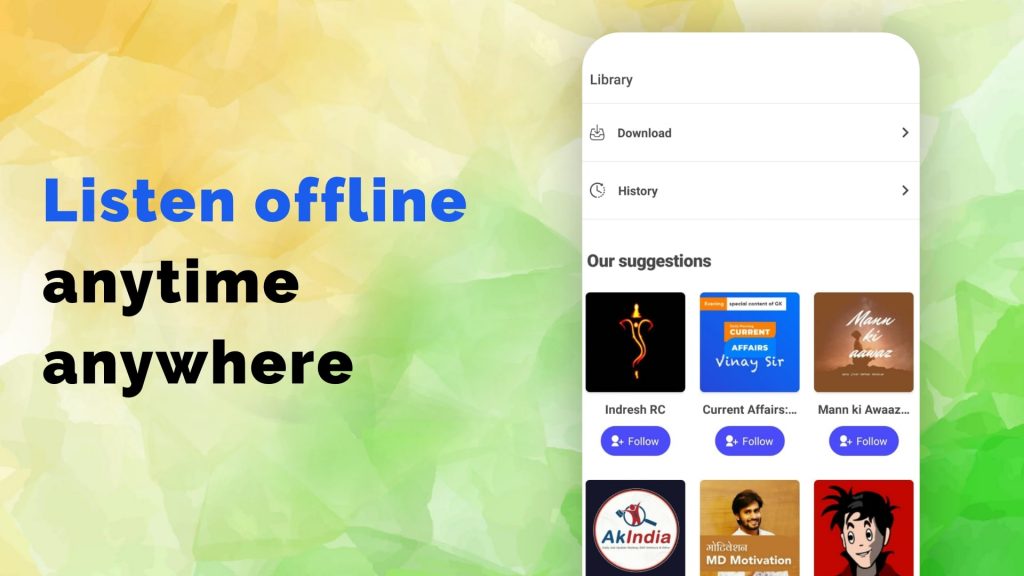 Fundamentally, we are looking at changing the very operating system of India, which would eventually add to the economic and social growth for 1/6th of humanity.

We were backed at the very inception stage by the likes of Combinator, GSF accelerator and a lot many marquee entrepreneurs turned investors who have been at the very epicenter of tech making life better for the common folks, and who believed in our dream.

While offering listeners to discover and consume enriching audio content which is informative and helps users to prepare for government job exams in various formats for passive consumption. khabri also offers users an opportunity to create content and get discovered. Given the ease of content creation in Audio, khabri is a big hit among audiences from tier II & III cities of India. Khabri offers an exclusive array of creators who range from popular YouTubers to eminent educators. Each creator comes with a unique style and flavor to give the user choice to find content best suited to him. The app is free of cost and offers users the option to download the content and consume it offline, as well.

Recently, during pandemic, Khabri witnessed an unprecedented growth of 6x in terms of users & 4x in number of creators respectively. Subsequently,  Khabri again became a choice for world’s leading investors who believed in the value khabri is creating for the next billion users from Bharat.

Agrahyah Technologies has launched aawaz.com, an audio on demand platform with professionally generated content in vernacular languages. With this, people can listen to podcasts, chat shows, interviews and also read articles and features. Aawaz.com is currently available in Hindi, and as both website and Android app. 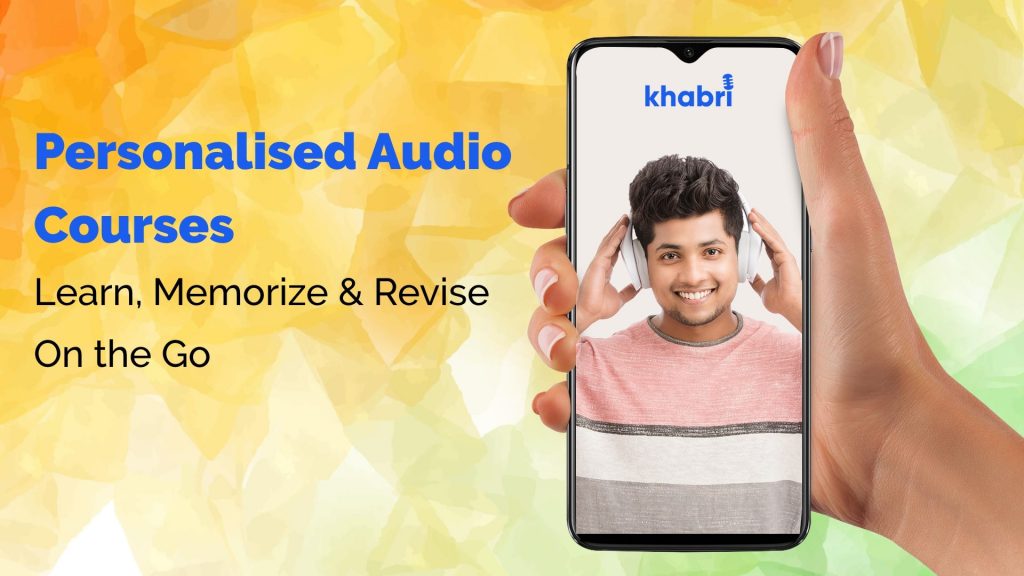 Aawaz.com will also have ML (machine learning) and AI (artificial capabilities) based capabilities to recommend and personalize content based on user’s preferences. With the app, people can listen to over 150 hours of audio content which is scripted, recorded, and presented as podcasts and shows. Both audio and text content are spread across multiple genres including entertainment, lifestyle, health, fiction, literature, devotional, comedy, humor and more.

Audiomatic is India’s first podcast network that launched in April, 2015. As of June 2015, the website hosts four programmes, each of which has episodes ranging from 15–20 minutes. The podcasts are either weekly or fortnightly, and offer content in genres such as food, science, culture, current affairs, entertainment and humour. 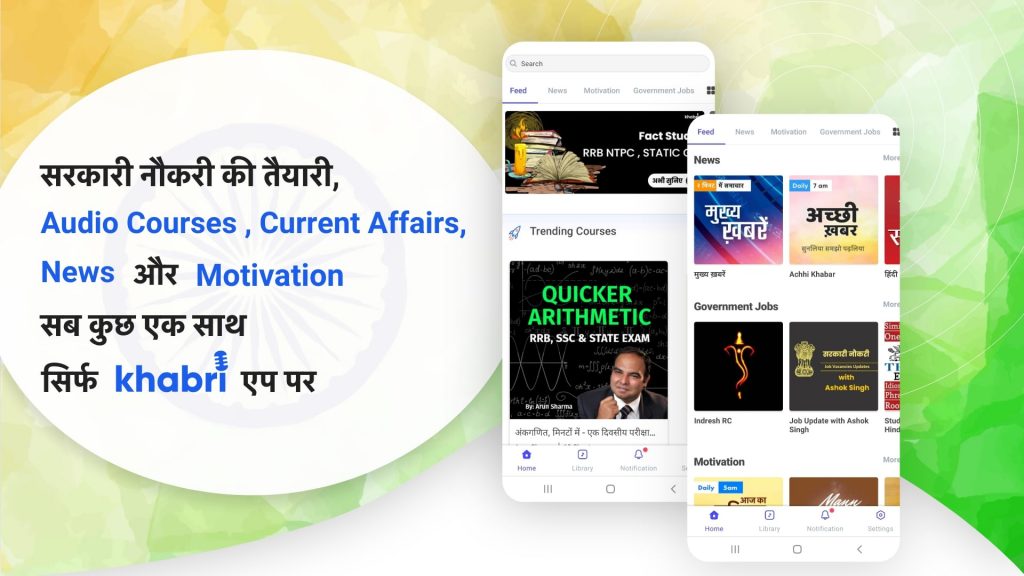 As of June 2015, Audiomatic has four podcasts – The Real Food Podcast, The Intersection, Ask Aakar Anything and Our Last Week. All the programmes are in English, and release a new episode fortnightly, except Ask Aakar Anything, which is a weekly podcast. The Real Food Podcast is hosted by food writer Vikram Doctor, who explores ingredients and Indian food habits and obsessions. According to the show’s page on Audiomatic’s website, the podcast offers information about the origins of and legends associated with various Indian ingredients and recipes.

Headfone specializes in vernacular podcasts, talk shows, short stories, and other forms of audio content. Its podcasts on religion and spirituality, kids and family, news and politics (including the PM’s Mann Ki Baat) are quite popular. Interestingly, Headfone lets users record their own podcasts and publish them on a public profile. 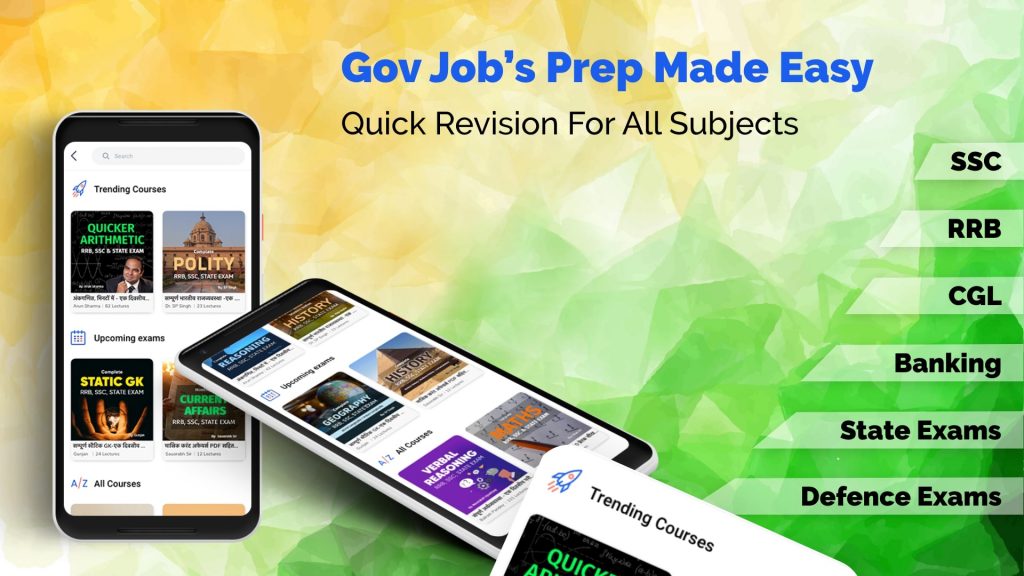 Castbox is an app that distributes free podcasts. As of 2019, it has about one million podcasts available through it, including about fifty million podcast episodes. It also has a premium platform. In June 2019, Castbox integrated with Waze, allowing playback controls to pause, skip, or restart episodes.

In addition to its library of podcasts from other distributors, Castbox also produces its own shows. In 2018, Castbox partnered with Heard Well on the podcast series Heard Well Now, which highlights early career musical artists.As of 2018, Castbox produced 25 different original podcasts, with This Sounds Serious being released in 2019.

Podcasts is a media player application developed by Apple Inc. for playing podcasts from the iTunes Store. It is available for the iOS, iPadOS, tvOS, watchOS, and macOS operating systems. 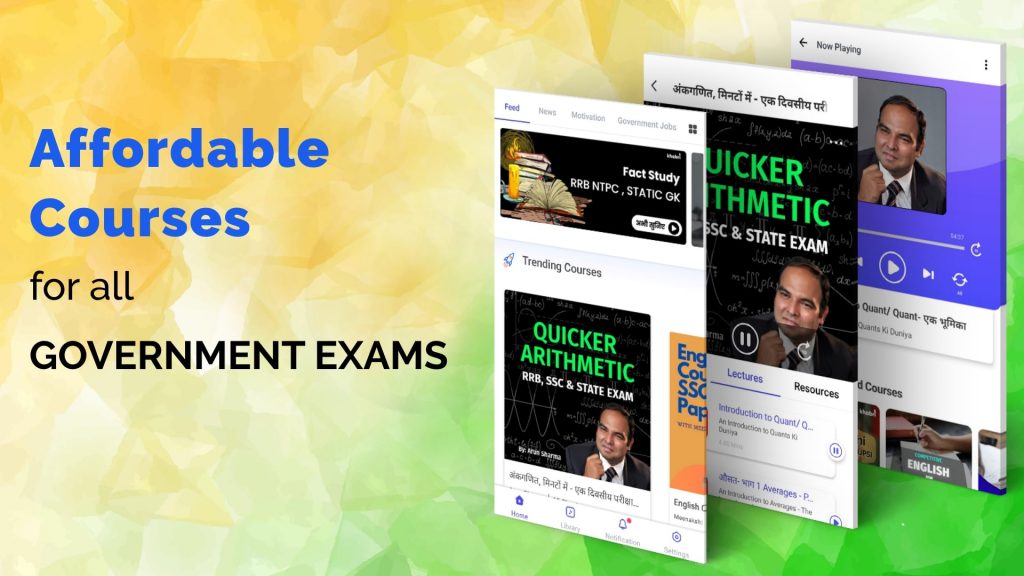 A standalone Podcasts app was initially released for iOS on June 26, 2012, after formerly being a section of the iTunes app. It was followed by launches on Apple TV on September 24, 2012, tvOS on January 26, 2016, and watchOS on September 17, 2018. It was released with macOS Catalina on October 7, 2019 as one of three applications created to replace iTunes.

5 Must have Products for Gen Z this Monsoon

Take Charge for your Health: Nutrition guide for the youth