ONE: DANGAL Fight Card to Showcase the Very Best of India 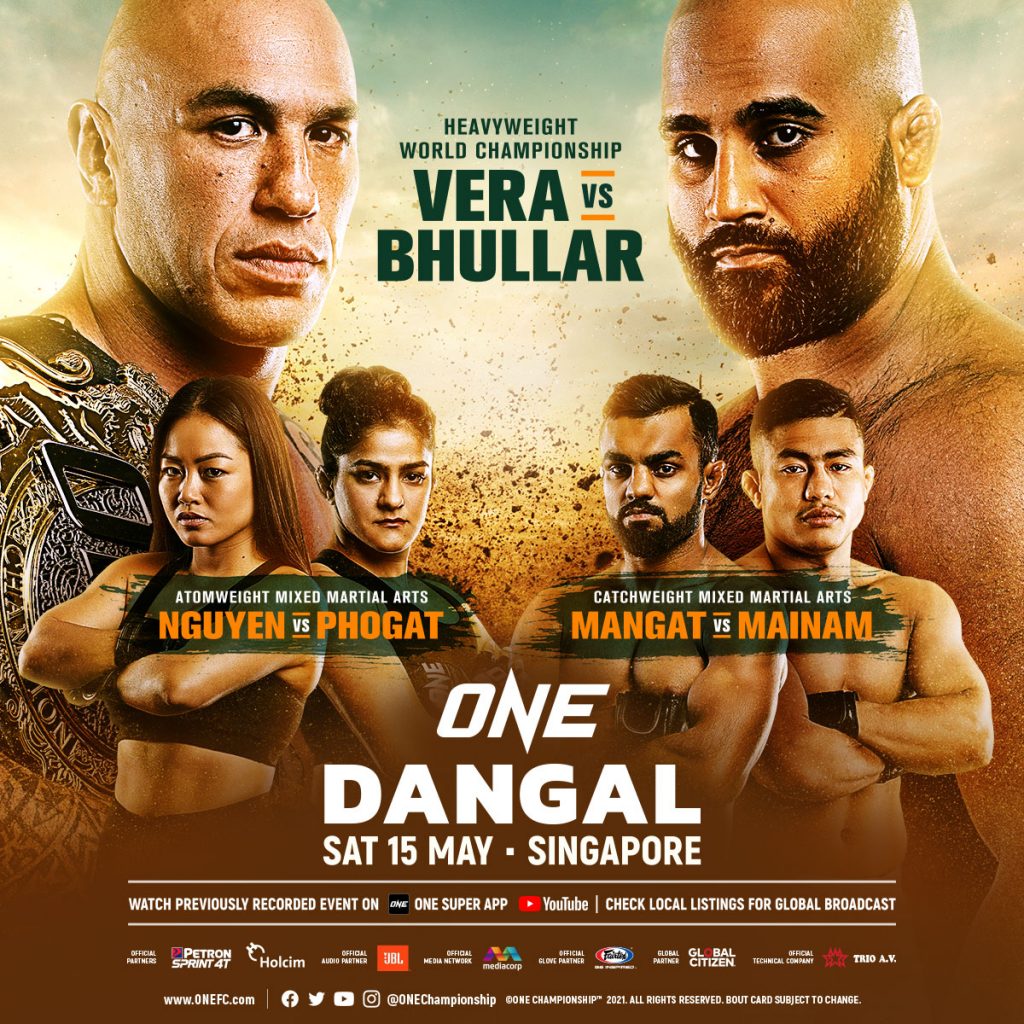 ONE Championship™ (ONE), Asia’s largest global sports media property, today announced the full card for ONE: DANGAL, a tape-delayed event that airs on Saturday, 15 May on Star Sports Select 1 and Star Sports First at 3:30 p.m. IST. The event will also be live-streamed on the Disney+ Hotstar app.

Bhullar stated: “I’ve grown so much over the last year, and I think that’s going to be a huge difference in this fight. You have to give Brandon Vera credit. He’s been around for a long time and faced the best of the best in this sport. He’s been the ONE Heavyweight World Champion for many years for a good reason. He’s finished everybody he’s fought, so he’s very dangerous. He’s good everywhere.”

Phogat stated: “It’s a very important fight for my career and I’m fighting an opponent with a very strong stand-up game. Bi Nguyen is also more experienced than me. I believe that through this matchup, fans will get to see me showcase my striking skills but also use my wrestling skillset to my advantage.”

ONE: DANGAL
15 May 2021
Singapore Indoor Stadium

ONE Championship (ONE) is the largest global sports media property in Asian history. Headquartered in Singapore, ONE is the world’s largest martial arts organization, hosting bouts across all styles of martial arts such as mixed martial arts, Muay Thai, kickboxing, and more. ONE hosts the biggest sports entertainment events across Asia, featuring some of the world’s best martial artists and World Champions on the largest global media broadcast in Asia. In addition to its digital platforms, ONE Championship broadcasts across 150+ countries with some of the largest global free-to-air and digital broadcasters, including Star Sports, iQIYI, TV5, Astro, ClaroSports, Startimes, Fox Sports, Thairath TV, Turner Sports, Skynet, Mediacorp, Great Sports, Mediaset Italia, ProSiebenSat.1, Dubai Sports, and more.