Hindi trailer of the much-awaited animated film titled ‘Angry Birds 2’ is finally out on the Internet and the fans can’t keep calm. As the trailer showcased the glimpse of the story of how the enemies turn to frenemies to save their world featuring cute animated Angry Bird characters Red, Leonard, Zeta and many others, the viewers can’t wait for the film’s release.

As informed earlier, the film features the vocals of comedian Kapil Sharma as Red, Kiku Sharda as Leonard and Archana Puran Singh as Zeta. Kapil Sharma who is known for having the best sense of humour didn’t take a back seat and continues to make audiences laugh out loud with his famous punchline ‘Babaji Ka Thullu’.

Recently, we did a story on Kapil Sharma titled ‘Another Feather In Kapil Sharma’s Hat’ after the famous stand-up comedian announced that he will be lending vocals to the Red character in the film. Take a look at the story: 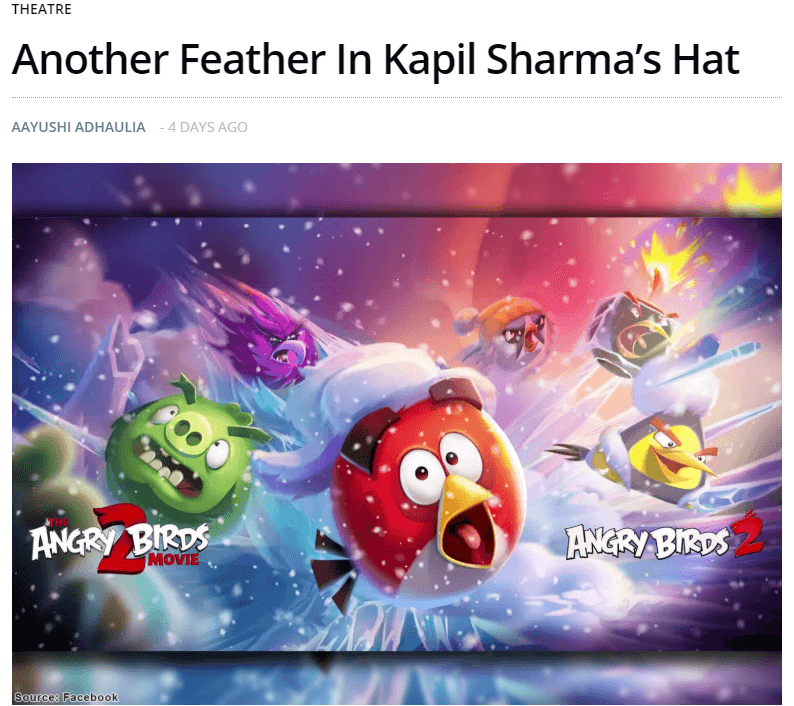 The film is all set to make your weekend entertaining on 23 August in India in English, Hindi, Tamil and Telugu.

Kangana Ranaut Thanks Her Fans And Media