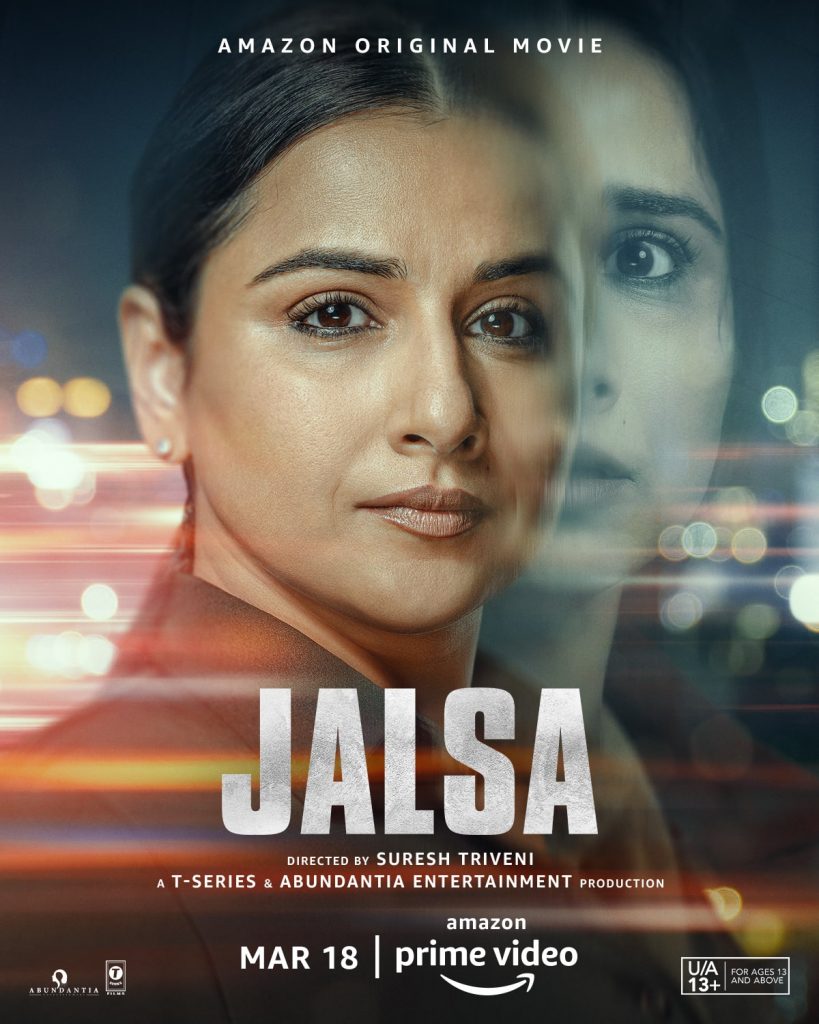 Directed by Suresh Triveni, the film features Vidya Balan and Shefali Shah in pivotal roles and is jointly produced by T-Series and Abundantia Entertainment

“At Prime Video, when selecting stories, we look for authenticity and freshness. Stories that are nuanced and beyond conventional storytelling are finding viewership world wide. In a fine blend of drama and thrill, Jalsa offers a truly differentiated story, made better by performances from a brilliant cast,” said Manish Menghani, head, content licensing, Amazon Prime Video. “Jalsa marks another milestone in our long-running, successful collaboration with Abundantia Entertainment with titles like Shakuntala Devi, Sherni, Chhorii and many more. We are delighted to play home to another one of Vidya’s stellar performances, that audiences are sure to love”

“Impactful storytelling blended with engaging entertainment is at the core of what we do at Abundantia Entertainment”, Vikram Malhotra, Founder and CEO of Abundantia Entertainment said. “Featuring two of the finest actors of our times, Vidya Balan and Shefali Shah, Suresh has woven Jalsa into a brilliant narrative of complex emotions, well-etched characters and a gripping pace. I am also excited to extend our successful partnership with Prime Video after Shakuntala Devi, Sherni and Chhorii and look forward to the global premiere of Jalsa across 240 countries and territories across the world.” 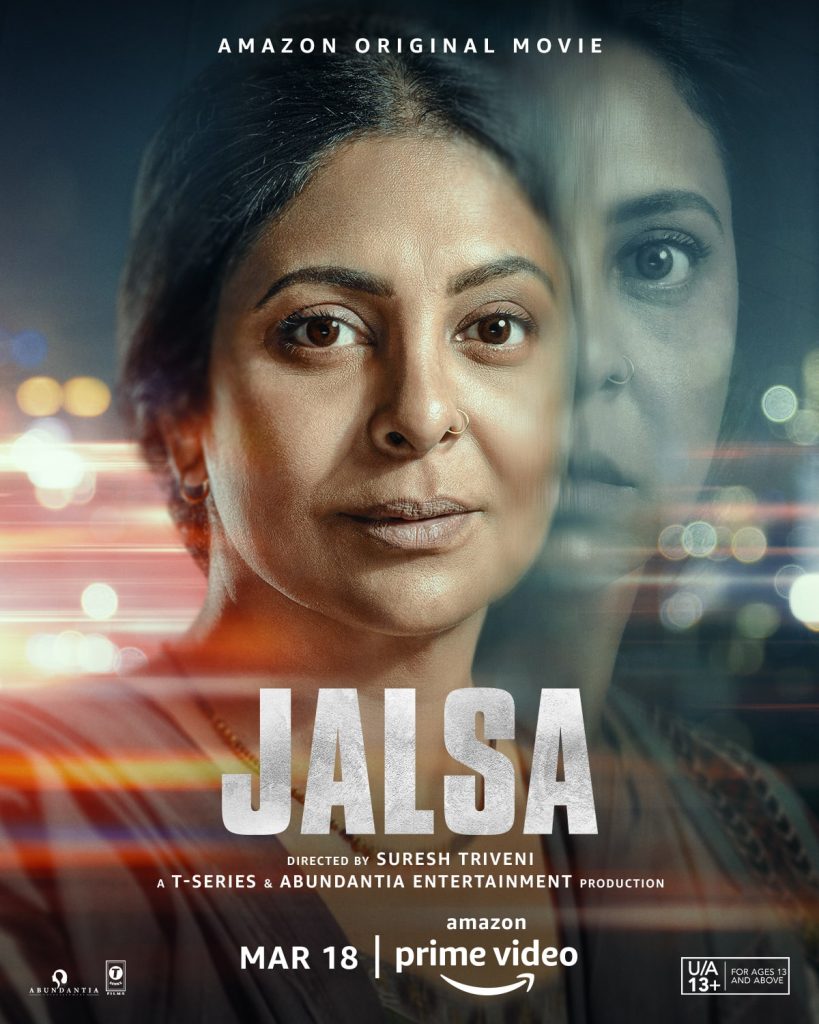 “Jalsa is one of the most gripping and entertaining films that we’ve been a part of at T-series and I am thrilled that it is with one of our most trusted partners, Abundantia Entertainment.” Bhushan Kumar, Chairman and Managing Director – T-Series added, “We have had an extremely successful collaboration in the past with films like Airlift, Sherni and Chhorii and I look forward to recreating the same magic with Jalsa. I am excited for the film to premiere on Amazon Prime Video as it will allow the film to get a truly global audience as it rightfully deserves.”

Jalsa is a highly engaging and captivating tale of conflict, as shown through the life of a top-line journalist and her cook. Replete with spellbinding performances and a nerve-wracking storyline, Jalsa promises to keep you on the edge of your seat, and leave you intrigued for more.

Prime members will be able to watch Jalsa anywhere and anytime on the Prime Video app for smart TVs, mobile devices, Fire TV, Fire TV stick, Fire tablets, Apple TV, etc. In the Prime Video app, Prime members can download episodes on their mobile devices and tablets and watch anywhere offline at no additional cost. Prime Video is available in India at no extra cost with Prime membership for just ₹1499 annually or ₹179 monthly, new customers can find out more at www.amazon.in/prime and subscribe to a free 30-day trial.

Go-to Style Guide for The Groom to be!