Mr And Mrs Jonas Are ‘Honeymooning’

Joe Jonas and Sophie Turner, wed for the second time in a grand wedding ceremony in the South of France, last month. The couple headed to their favourite destination for their first vacation as a married couple, to the pristine beaches of the Maldives. They stayed at Soneva Fushi, a luxury villa, tagged in their posts on social media.

Taking to Instagram,the newlyweds are seen soaking up the sun on their honeymoon in paradise. They shared an intimate glimpse of their exciting honeymoon.

“I found happiness,” Joe captioned his post that first saw a video of himself with two stunning photos of his wife.

The musician was seen heading down a twisty water slide into a sparkling blue ocean in the video.

And the next two posts were dedicated to his wife, Sophie. In the first one, The Game of Thrones actress, wore a pink bathing suit as she lounges beside the water, resting her head in her hands in a way that shows off both her engagement ring and her new wedding band. 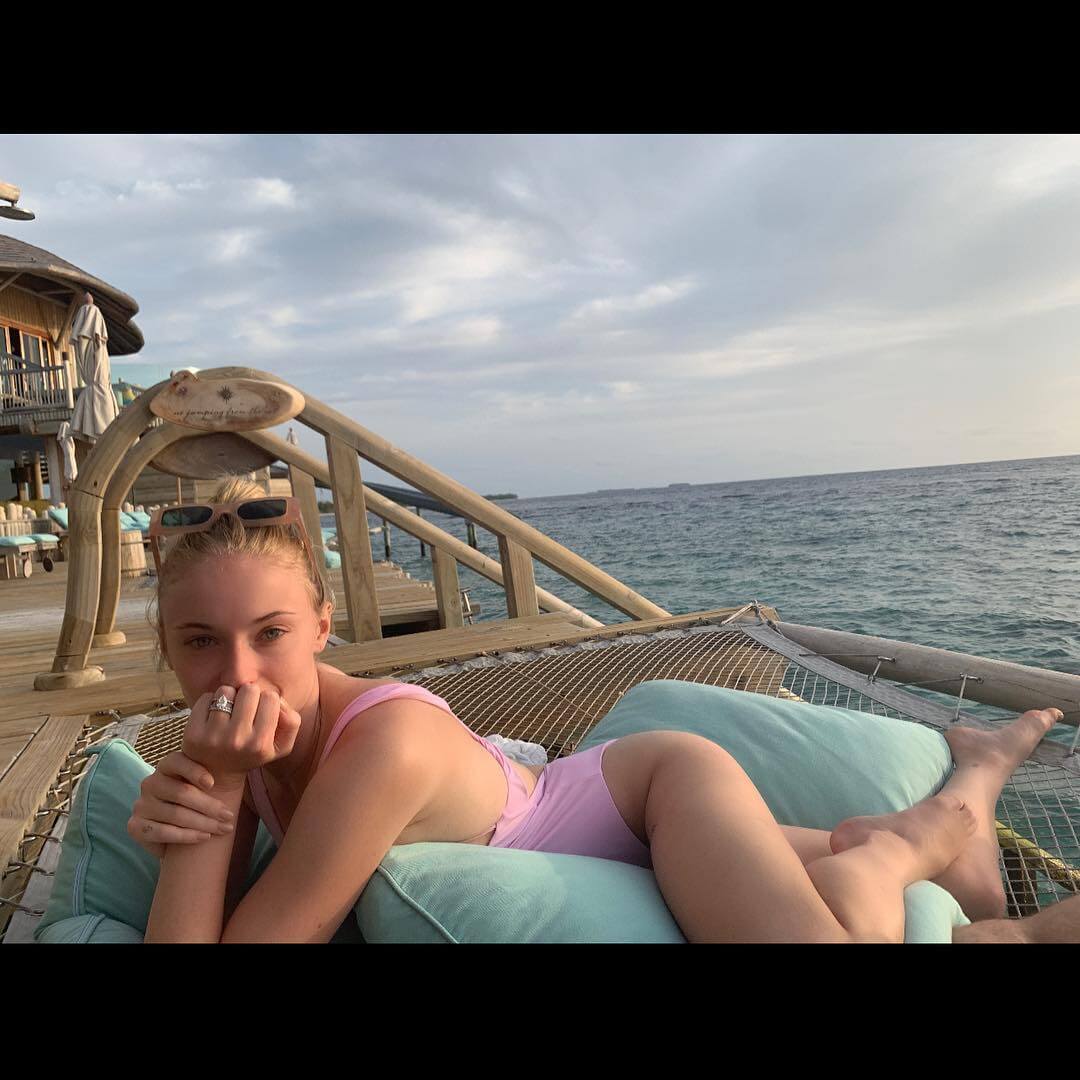 Second, Sophie is seen facing the Indian Ocean, with her blonde hair flying and wearing an all-white basic crop top with shorts. As she stands, showing her back to the camera while holding her phone. 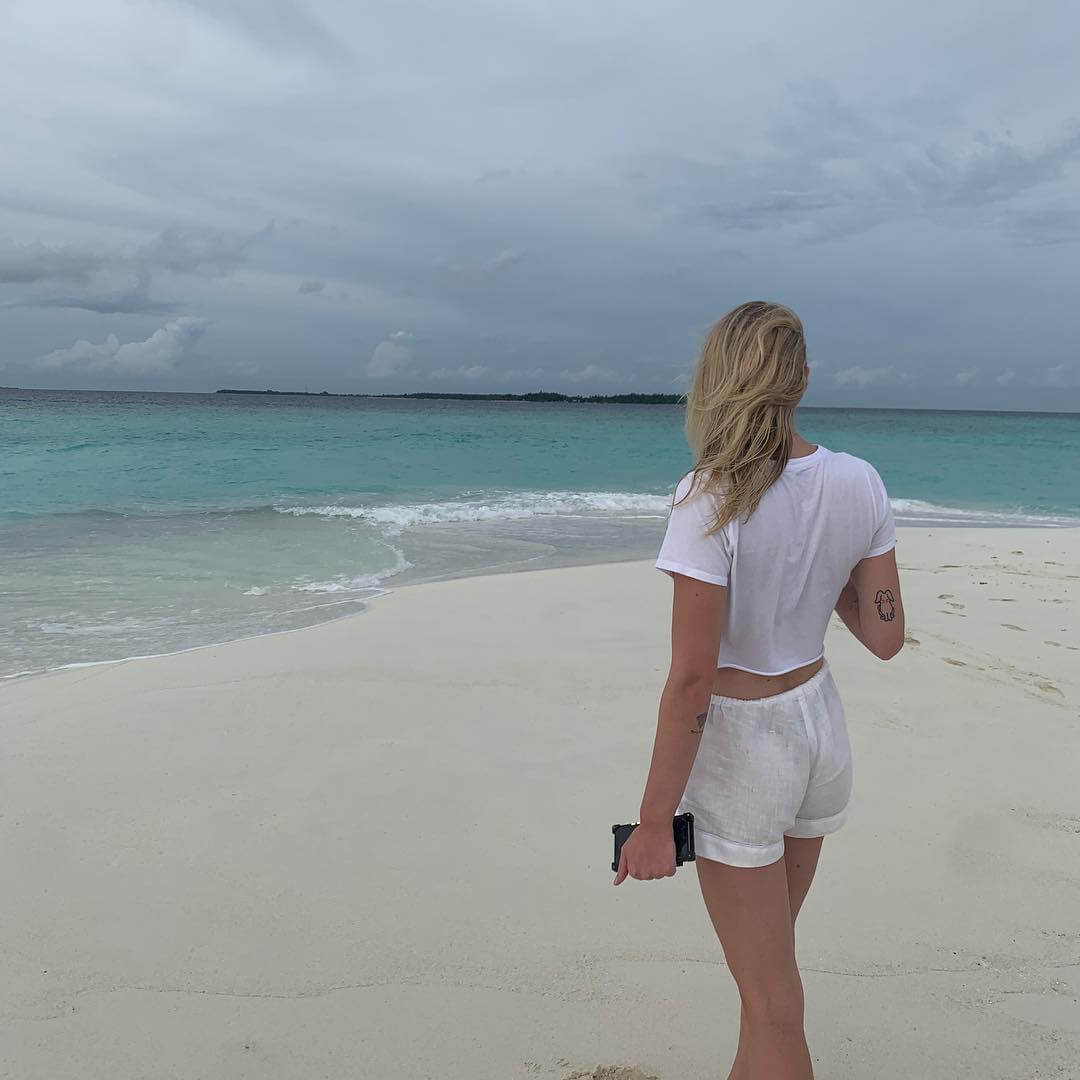 Also, Sophie shared a few photos of her man and captioned it as, “Paradise such a magical place.”

The Cake by the Ocean singer, sips a cocktail as he lounges shirtless on a net hovering above the water looking at the waters in the first photo. His wife also captured two more pictures of Joe, riding a bike amidst greenery and wearing sunglasses while eating a plate of food with a game of chess next to it.